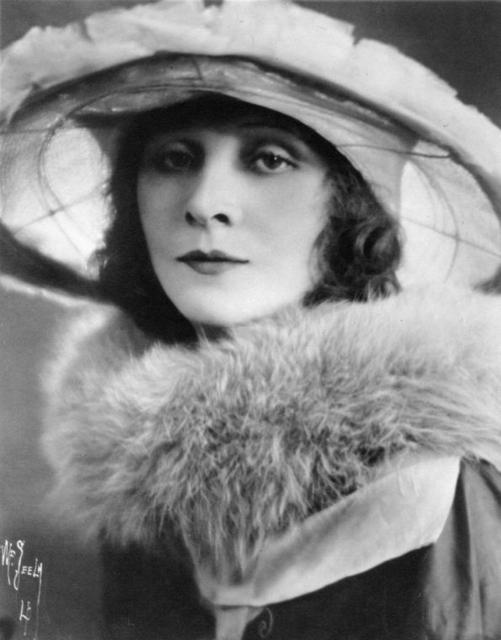 “One of these days, men are going to get over the fool idea that women have no brains,” Cleo Madison told Photoplay magazine in 1916, “and quit getting insulted at the thought that a skirt-wearer can do their work quite as well as they can. And I don’t believe that day is very far off” (109). Such statements encourage us to imagine Madison in the vanguard of what must then have seemed a major trend. It is clear from the published record of Universal Motion Picture Manufacturing Company credits from 1912–1929 that, beginning in 1915, the company employed increasing numbers of women as directors, and by the end of 1919 it had credited no fewer than eleven women with directing at least one hundred and seventy titles (Braff 2002). Before 1915, Universal credited Grace Cunard, Jeanie Macpherson, and Lois Weber as directors. After 1915, the studio credited Cunard, Madison, Weber, Ruth Ann Baldwin, Eugenie Magnus Ingleton, Bess Meredyth, Ida May Park, Ruth Stonehouse, Lule Warrenton, and Elsie Jane Wilson. By 1920, however, none of these women directed for Universal, which promoted men to take their places. Most never directed again. Madison’s own directorial career lasted scarcely a year. It thus poses with particular clarity the mystery of why Universal’s attitude toward women directors changed so dramatically over such a short period of time. Madison’s case also reveals the instability of the facts contemporary scholars encounter when they begin to investigate silent era filmmakers in depth. 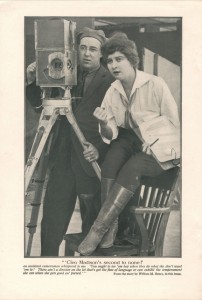 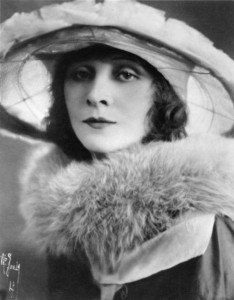 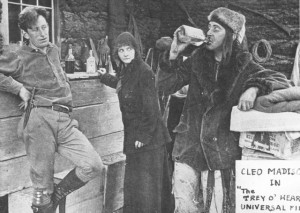 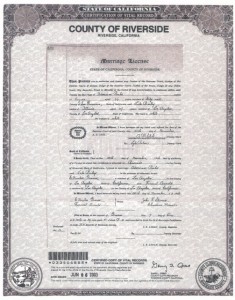 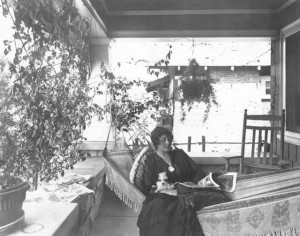 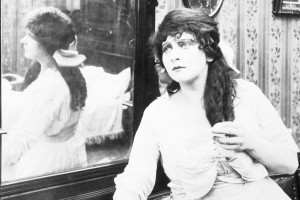 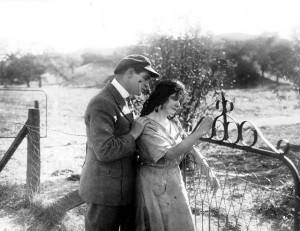 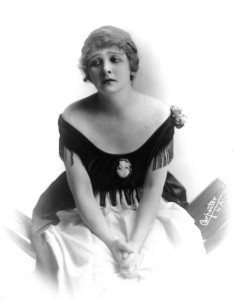 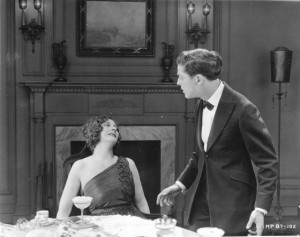 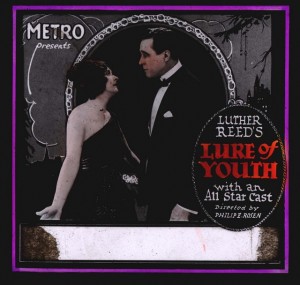 All published biographical sketches agree that Cleo Madison’s acting career began in stock theatre and vaudeville, that Universal hired her in 1913, and that her performance in the dual role of good and evil twin sisters in the popular serial The Trey o’ Hearts (1914) secured her celebrity the following year. Beginning in 1915, she directed as well as acted in sixteen shorts and two features. The director credits stop in 1916 for reasons as yet unknown. Madison continued acting at Universal and elsewhere until 1924, by which point she appeared only in supporting roles. She then disappeared from the industry. Anthony Slide reports that she went into “white collar work” before dying “alone and forgotten” in March of 1964 (1977, 54).

There is room to improve on these basic biographical details, however. Most intriguingly, existing accounts of Madison’s life and career seem not to have noticed her marriage in November 1916 to “Don Peake of San Francisco, western sales manager for the Briscoe Motor Corporation,” although the Los Angeles Times noted the event (IV12). A records request to Riverside County, California, returned the marriage license included here. The date, groom’s name, and location on the certificate all match the details in announcements of Madison’s marriage, but the bride is identified as Lulu Bailey. Two items make it possible to confirm that Cleo Madison, Lulu Bailey, and Lulu Peake are the same person. First, a 1916 Motography story identifies Cleo Madison’s invalid sister as Helen Bailey (622). Also, Universal credited Grace Helen Bailey as the author or scenarist of nine titles between 1915 and 1917. Second, in 1917, Lulu Peake filed a complaint for divorce, included here, that identifies her as an actress. The case was dismissed in July of 1918, which makes it uncertain whether the Peakes actually divorced.

In addition to providing Cleo Madison with what was likely her birth name, these sources offer a possible explanation for the redirection of Madison’s career in late 1916. The divorce complaint paints Peake as a violent husband jealous of his wife’s work. It should be noted, however, that marriage was not the only development in her life that year. Articles in late 1916 and early 1917 in the Los Angeles Times as well as the Exhibitor’s Trade Review and Moving Picture World indicate that she planned to start an independent production firm called the Cleo Madison Film Corporation with former Universal General Manager Isadore Bernstein. Further research will be necessary to understand these developments.

It bears mentioning that the marriage license introduces an additional complication when it identifies Lulu Bailey as twenty-seven years old. This would establish her birth year as 1889 or late 1888, rather than 1883, as listed in Reel Women and Women Filmmakers and Their Films (Acker 1991; Foster et. al. 1998). These sources also give Madison’s birthplace as Bloomington, Indiana, whereas sources from the 1910s and 1920s uniformly make her a native of Bloomington, Illinois.

Only two Madison-directed films, both shorts and both released in 1916, are known to survive. Eleanor’s Catch features a notable surprise ending in which the heroine (played by Madison) turns the tables on her would-be betrayer by revealing herself as an agent of the law. In Her Defiance, codirected by Joe King, according to the Library of Congress print, Madison’s farm-girl heroine falls for a city youth and conceives a child with him, but a series of miscommunications convince her that he has abandoned her. With extreme reluctance, she agrees to a marriage arranged by her brother. Willis Marks portrays the groom, “the valley’s wealthiest farmer,” as the archetypical old lecher. Unable to face a future with him, she flees the wedding ceremony, precipitating a thrilling buggy chase that, unbeknownst to her, terminates in a crash fatal to her new husband. In the end, happenstance reunites her with her child’s father in his office building—where she mops the floors.

The theme of past transgressions redeemed figures largely in films of this period and informs both of the features Cleo Madison directed in 1916: A Soul Enslaved, the screenplay of which was adapted by Olga Printzlau from a story by Adele Farrington, and Her Bitter Cup, written by Madison herself and based on a story by Kathleen Kerrigan. The synopsis of Her Bitter Cup was filed with the Library of Congress for copyright purposes. The synopsis indicates a notably radical revision of story in which restored romance forgives past wrongs. There is no suggestion here of the woman’s betrayal by a devious man or her abandonment due to unforeseen circumstances. Rather, the scenario seems calculated to make improper sexual relations a logical extension of labor exploitation and to define bad management as the obstacle romance must surmount.

In her struggle to better the lives of her fellow factory workers, Madison’s Rethna extracts money from the family of the exploitative owner. She agrees, first, to be kept by his dissipated son, Harry, and then to marry Harry’s upstanding younger brother, Walter. To arrive at an ending in which love redeems Rethna’s deception, Madison contrives a scene that urges us to see her transgression as victimization and sacrifice. As the Library of Congress synopsis of Her Bitter Cup describes it, the degenerate brother, “fortified by dope and almost crazed with jealousy” at the discovery that she has married his brother and lied to them both, nails her outstretched hands to a door with nut picks (5). We can only speculate about how Madison’s direction rendered this scene on screen. In one review, Moving Picture Weekly praised the “great originality” of the film’s lighting and the “extraordinary beauty” of its settings. This review includes a synopsis suggesting that the episode with the nut picks was rendered as a dream sequence (24). Even so, a review in the Moving Picture World notes that “the crucifixion of the girl’s body at the close seems revolting” (648). However it was played, all synopses agree that this scene leads quickly to her reconciliation with Walter and a happy ending.

1. Cleo Madison as Director and Actress

2. Cleo Madison as Co-Director and Actress

The Power of Fascination (1915) via the EYE Filmmuseum (Dutch intertitles)

Cleo Madison had her hand in all aspects of filmmaking in 1916. While Power of Fascination is not listed in FIAF, MoMA does have a copy that has been screened by numerous contributors to this book. It is interesting to note that in AFI the non-extant film Her Bitter Cup credits Cleo Madison as director, scenario, producer, and actress. Cleo Madison’s behind the scenes work on her non-extant films have been combined as it is difficult to determine the exact roles she played in each film. Her work as an actress in not extant titles (1913–1920) is written with reference to Spehr’s credits, while Cleo Madison as Actress in not extant titles (1921–1924) is written based on AFI. The extant copy of The Power of Fascination at USM is incomplete.