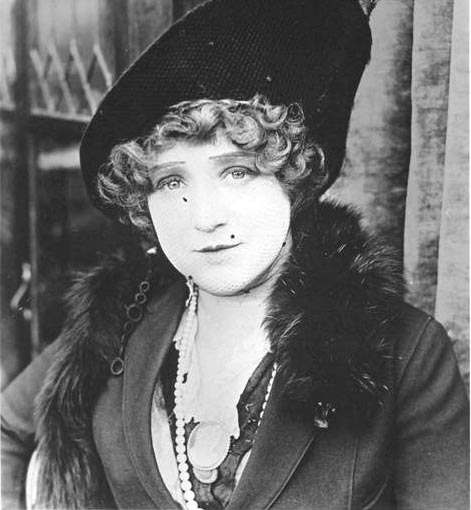 Bess Meredyth is mentioned in nearly every account of women screenwriters of the silent era, but very few details about her work seem to make it into print. The richest source for information about this extremely prominent screenwriter is Eighty Odd Years in Hollywood, the autobiography of Meredyth’s son, John Meredyth Lucas. This text, too, however, leaves large gaps in detail and in the chronology of the author’s mother’s career, and the son reflects: “It, unfortunately, never seemed important that I learn Mother’s early history. She never wrote it, only mentioned a few disconnected anecdotes. I never asked. By the time the questions were formed, the answers had died” (19). 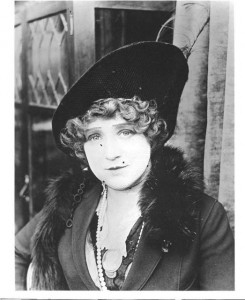 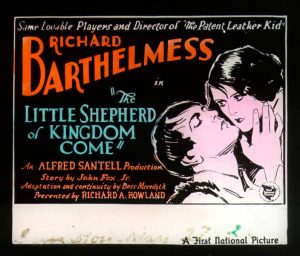 Born Helen MacGlashan in Buffalo, New York, Bess Meredyth’s father was the manager of a local theatre, and she began working as an organist and later a vaudeville light comedienne in her teens. She came to Hollywood in 1911, working as an extra for the Biograph Company for a short while, and quickly began writing scenarios on a freelance basis to supplement her income. While at Biograph, Bess Meredyth met and married actor and director Wilfred Lucas, who became her frequent collaborator. In 1914, the couple left Biograph to run their own unit at the Universal Manufacturing Company, where she became a fairly well-known comic actress, appearing primarily in “Willy Walrus” and “Bess the Detectress” shorts. The period from 1914 to 1920 seems to be Meredyth’s most prolific, a period during which she wrote, acted, and directed motion pictures with her husband. A 1927 Moving Picture World profile by Tom Waller claims that Meredyth wrote roughly two hundred original stories while she was at Universal, then quit acting to devote herself to writing full time, producing a story per week for Kalem serial star Ruth Roland. Waller further notes that Meredyth then returned to Universal to cosupervise the Yonkers, New York, Triangle Film Corporation Studio, and codirected some motion pictures with Allan Dwan (15). Published sources assign her only one feature directing credit, as codirector of the 1918 Bluebird release Morgan’s Raiders. The American Film Institute catalog also notes, however, that copyright records for the National Film Corporation feature release The Girl from Nowhere (1919) indicate that it was “Written and Directed by Bess Meredyth and Wilfred Lucas,” although the press book credits only Lucas (324). Because they collaborated so closely, “credit” is ambiguous and inconsistent, especially in their early work, as was the case with so many other married couples who collaborated as writers throughout the silent and into the early sound era. Yet the differences between these collaborations is also significant, and Meredyth and Lucas were perhaps more like Agnes Christine Johnston and Frank Mitchell Davey than Sarah Y. Mason and Victor Heerman, the difference being that Lucas, like Davey, in addition to writing screenplays also worked as a director. 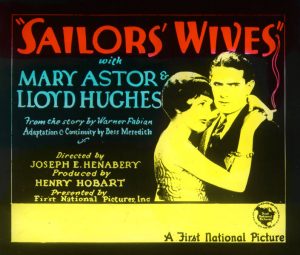 In 1920, Meredyth and Lucas sailed to Australia to make action films with stuntman and star Reg “Snowy” Baker. Although they only stayed in Australia for a year, the experience with a small crew far from Hollywood gave Meredyth the chance to take a more active role in motion picture production, including the cutting and titling of her films (Waller 15). This episode also suggests that Meredyth was very much at home with the masculine ethos of action filmmaking, and was willing to travel halfway around the world to pursue her work, infant son in tow. 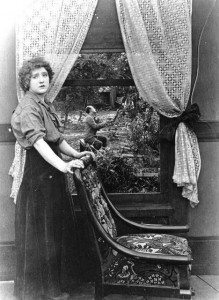 When the family returned to Hollywood in 1921, Bess Meredyth resumed a career during which she was ultimately to accumulate more than one hundred and twenty-five writing credits, working in succession for Metro-Goldwyn-Mayer, Warner Brothers, Goldwyn Productions, First National Pictures, and Columbia Pictures, before landing again at MGM in 1928. Her credits include a remarkable number of milestones and prestige pictures. She was a fast-working studio contract writer and consummate technician who appears to have had a very pragmatic approach to her work. Famously, MGM sent Meredyth to Italy in 1924 to help rescue the production of Ben-Hur that was falling grossly behind schedule and running over budget, and she is listed on the writing credits with Carey Wilson as “continuity,” although she is widely known to have supervised the enormous production. 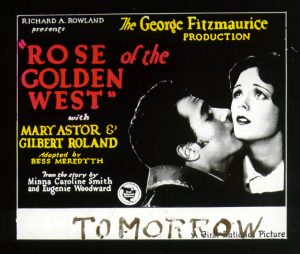 As in the Ben-Hur episode of her career, Meredyth seems to have been prized particularly for her ability to handle sticky situations in a way that helped the studio run smoothly. Meredyth’s fellow screenwriter Gene Fowler praised her ability to humor the volatile John Barrymore, who would show up at her house with new and often outrageous passions or ideas for his films (1976, 236–237). John Meredyth Lucas also admiringly described his mother’s ability to fend off advances from amorous leading men with a wry retort, a talent that probably served her well in her work with male film stars and in male genres throughout her career (29–30, 36).

Bess Meredyth was equally adept with women’s films, however, and notably adapted a series of delicate vehicles for Greta Garbo, including Michael Arlen’s racy novel The Green Hat, which was produced by MGM as A Woman of Affairs (1928). Meredyth was faced with the more or less impossible task of maintaining narrative coherence while evading Production Code censure of the novel’s original narrative material, which involved venereal disease, alcoholism, infidelity, unwed pregnancy, and suicide. For A Woman of Affairs, a remarkable melodrama that survives from the silent era, Meredyth received a best adapted screenplay nomination at the first Academy Awards ceremony, held in 1929. One of the thirty-six artists (including screenwriter Jeanie Macpherson) who founded the Academy of Motion Picture Arts and Sciences in 1928, Meredyth was nominated for two screenplays, Wonder of Women (1929) as well as A Woman of Affairs. 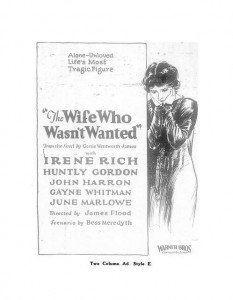 It is perhaps surprising, given such honors, that Bess Meredyth’s career faded quickly in the 1930s—a fact that is partially attributable to changes in the organization at MGM, particularly the death of her friend Irving Thalberg, whose support had also advanced the screenwriting career of Frances Marion in that competitive studio writing department. But the studio upheaval also coincided with a series of illnesses that would render Meredyth bedridden for much of the rest of her life. Lucas describes a series of panic attacks that began to affect his mother while she was still at MGM in the early thirties, and left her under a doctor’s care for much of the rest of her life (62, 72–74). Though she no longer maintained a formal career during these years, it is likely that she continued to exert herself creatively through the films of her third husband, Michael Curtiz, director of Casablanca (1942). Years later, Casablanca screenwriter Julius Epstein would recall her contributions to her husband’s career: “When we had a story conference and Mike came in the next day and made criticisms or suggestions, we knew they were Bess Meredyth’s ideas, not his, so it was easy to trip him up. We’d make a change and say, ‘What do you think, Mike?’ and he’d have to go back and ask Bess” (Harmetz 123).

Harmetz, Aljean. Round Up the Usual Suspects. New York: Hyperion, 1992.

Miles, Allie Lowe, and Bess Meredyth. When a Man Loves: The Story of a Deathless Passion. New York: Grosset & Dunlap, 1927. [Note: This book is based on the motion picture story by Bess Meredyth.]

1. Bess Meredyth as Co-Director and Co-Screenwriter

2. Bess Meredyth as Screenwriter and Adaptation