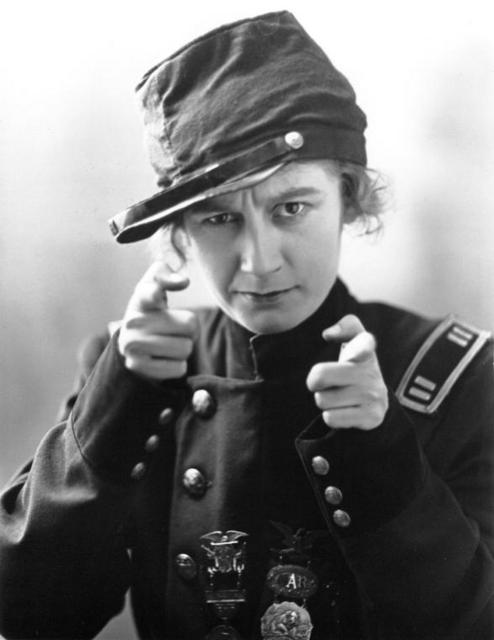 Like many actresses working in the motion picture industry in the mid-1910s, Ruth Stonehouse’s chance to direct her own films came more as a result of the increased production schedule at Universal Pictures than as a result of studio mogul Carl Laemmle’s progressive attitudes toward women (Slide 1977, 41). Like other “Universal Women” such as Cleo Madison, Lule Warrenton, and Elsie Jane Wilson, Stonehouse was a hard-working actress before the chance to direct arose. Acting in hundreds of early comic films, writing six and directing ten of these, Stonehouse was involved in film production from a very early date. Asked about her ambitions in a 1919 Motion Picture Magazine interview, Stonehouse replied: “We-ll, of course I do want to be a star… for a while… but eventually I want to be a directress, a producer; I want to be in the business end of it, that is, at the same time, the artistic end of it” (104). Perhaps the sheer number of her acting roles helps to explain the survival of some of the films in which she had parts, as a matter of odds increased by volume as well as by her long tenure in the industry, from 1907 to 1928. 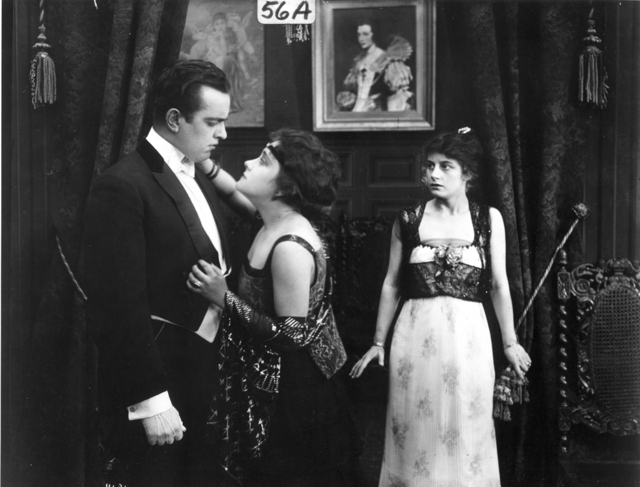 In 1907, along with Gilbert M. Anderson and George Spoor, she helped to launch Essanay Film Manufacturing Company in Chicago eight years before Charles Chaplin arrived. While at Essanay, Stonehouse developed her skills as an actress working on over one hundred short and feature films. In 1916, the year before Essanay closed, she moved to Universal Film Manufacturing Company, where she was soon given the opportunity to direct Puppy Love (1917). This was the first of a series of comic shorts entitled the Mary Ann Kelly Stories, which she coauthored, directed, and starred in, playing the leading role as the heroine of the series. A fascinating article, “The Directing Microbe,” published in Moving Picture Stories in 1917, highlights the entrance of the “bright little actress” into filmmaking (28). The article figures the desire to direct as an infectious microbe that has begun to attack individuals involved in film production at every level. It warns its readers that “few actors, office boys, stage carpenters and developing laborers escape [the microbe’s] ambitious sting” and that the infection has “now hit the gentler sex” (28). Stonehouse emerges as an example of the indiscriminateness of the so-called microbe insofar as even this “delicate, dainty little creature” has begun directing her own films. Emphasizing how “incredible” it is that an actress such as Stonehouse can “be so masterful as to dominate a band of fiery photoplayers,” the article goes on to suggest that the entrance of women into directing is a threat to “men who have spent a lifetime perfecting their art” (28). “The Directing Microbe” indexes the extent to which women directors were accepted as an intriguing trend in the industry even as it accentuates the development as something of an anomaly.

Ruth Stonehouse’s character could be compared with that of Mary Pickford, who perfected the screen persona of the comic, childlike picture of girlish femininity. Also like Pickford, Stonehouse developed an impish character, at the same time creating ways to use this image to make a way into the film industry that would allow control over that image.

1. Ruth Stonehouse as Director and Actress

1. Ruth Stonehouse as Director and Screenwriter

The Masked Rider. DVD. (The Serial Squadron US)

Dawn and Twilight (1914) is available online via Harpodeon

A Wolf Among Lambs (1913) via EYE Filmmuseum

The Laird of Mcgillicuddy (1913) via EYE Filmmuseum (Dutch intertitles)

While neither AFI, Spehr, or Braff list any director on Rosalind at Redgate, FIAF lists Stonehouse as director. FIAF’s credits for Der Huttenbesitzer are confusing. The play “Der Huttenbesitzer” is a German version of a French play originally titled “Le Maitre de Forges”/“The Iron Master” and performed in English as “Lady Clare.” According to Braff and AFI, Edison Company made a version directed by Dawley or Ashley Miller titled Lady Clare in 1912; however, this version does not list Stonehouse. After referring to eight different sources, the title Der Huttenbesitzer only appears in FIAF. Neither AFI nor FIAF list Stonehouse in The End of the Feud or Paul Spehr lists her as acting in both films. Ruth Stonehouse acted in Neptune’s Daughter, directed by Theodore Wharton and produced by Essanay Film Manufacturing Company in 1912. This title is not to be confused with the one with featuring Annette Kellerman, directed by Herbert Brenon, and produced by Universal Film Manufacturing Company in 1914. AFI and FIAF do not list the 1912 version, but Braff and Spher both list the 1912 version and credit Stonehouse. The surviving print of Love Aflame/Hearts Aflame is incomplete.