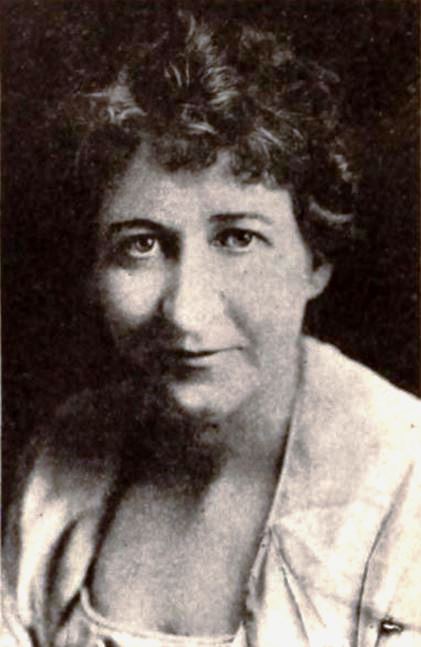 The 1916 Motion Picture News Studio Directory credits Los Angeles native Ida May Park with twelve years of stage experience as a “leading woman in support of well-known stars” and with screen experience at Pathé and the Universal Film Manufacturing Company, where she was then employed as a scenario writer (134). Park flourished at Universal, where she wrote forty-four films, half of them feature length, between 1914 and 1919. Before 1917, Park’s husband, Joseph De Grasse, directed almost all of the films she wrote. In 1917, Park began directing her own scenarios and, according to a 1918 story in the Universal Weekly, a newspaper for exhibitors, editing them as well (29). She crafted a total of eleven features by this method in a scant two years. Park is important to understand as part of a strong creative presence that we now refer to as “Universal Women,” those who between 1912 and 1919 were promoted from acting or writing to directing and were credited on at least one hundred and seventy titles, a cohort that included Ruth Ann Baldwin, Cleo Madison, Ruth Stonehouse, Lois Weber, and Elsie Jane Wilson (Cooper 17; Denton 50). Park and De Grasse left Universal in the spring or summer of 1919 for reasons as yet unknown. On September 12, the Los Angeles Times reported that Lew Cody and manager-producer Louis J. Gasnier had signed her to direct motion pictures in which Cody would star (16). She made one such title, and, with De Grasse, directed two features for Andrew J. Callaghan Productions in 1920. 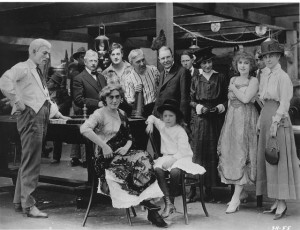 Frame from Bread (1918). Courtesy of the Library of Congress. 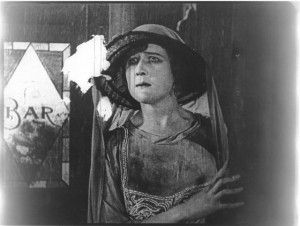 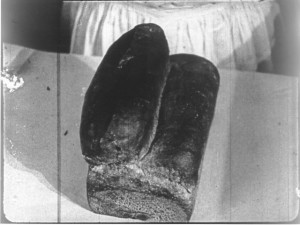 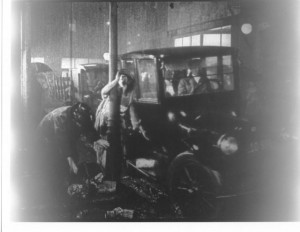 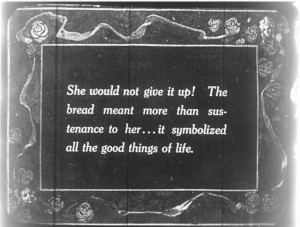 Intertitle, Bread (1918), directed by Ida May Park. Courtesy of the Library of Congress.

Park’s directing career effectively ended in 1920. Ironically, this was also the year she published an article in Careers for Women that confidently described directing as an “open field” for those women who were “hardy and determined” (337). No matter how commanding a director, however, Park could not foresee the profession’s future. De Grasse’s career sputtered on, and he directed her scenario for The Hidden Way in 1926. But by 1930, his days in the director’s chair had also come to an end. The 1930 US Census lists De Grasse as a motion picture actor, Park as a writer, and their son Joseph as a motion picture “draftman.” In 1931, Willis Kent Productions financed Park’s last credited screenplay, The Playthings of Hollywood/The Chiselers of Hollywood/Sisters of Hollywood/Gold Diggers of Hollywood. Fittingly enough, the film depicts Hollywood as offering women limited options. It concerns the attempts of three sisters to find love and success as a secretary to an oil magnate, a department store saleswoman, and a motion picture extra.

In addition to praising her talent and work ethic, reports in the trade press offer at least two explanations for why Universal gave Park the opportunity to direct in 1917. Several articles represent her as a replacement for De Grasse, who was “about to go on vacation” or was unable to meet the demand for motion pictures starring Dorothy Phillips, as the Universal Weekly reported, announcing “Bluebird’s New Director” (27). One such story in Moving Picture World describes Park as a substantial collaborator on the titles Universal credited De Grasse as directing. It notes: “She prepared scenarios for his productions and assisted him materially in the manifold details of directing features” (222). Park and De Grasse took turns directing a series of Dorothy Phillips’s titles released in 1917 under the Bluebird brand, which Universal created in 1916 to market quality five-reel features. Park continued to direct Phillips when De Grasse moved to other projects in 1918, and a print of her Broadway Love, released in January, survives. Universal Weekly advertised the film as revealing “the Heart of the Great White Way in all its nakedness,” but the story is not an especially salacious one. In the film, chorus girl Midge O’Hara (Dorothy Phillips) preserves her virtue in the big city while evading the boorish advances of a country rube (Lon Chaney) who tracks her from their hometown. Meanwhile, she reforms by her example the members of a fast theatre crowd she encounters. A meticulously composed and edited scene in the second reel deftly stages Midge’s relationship to New York’s hazards. While her fashionable theatre friends dance and flirt energetically in a hotel suite’s inner room, she hovers self-consciously on the threshold in the foreground. Turning in retreat, she discovers the jilted lover of her friend, the hostess, as he raises a gun to his head in despair. She thwarts this histrionic suicide attempt with a pep talk and sends him back to the party. Soon she, too, is sucked into the melee, where her friend Cherry Blow (Juanita Hansen) tries to set her up with a millionaire. A review of Broadway Love in Wid’s found the film as a whole “inconsistent” but particularly praised this “flat party” scene and noted that “the direction is greatly responsible for the interest the story arouses” (879).

In addition to emphasizing Park’s relationship with De Grasse, stories in the trade press indicate that Universal gave her opportunities in an effort to capitalize on the reputation of its famous director Weber. A 1917 Moving Picture World article suggests that Park was promoted in order to keep “a woman’s hand in the Bluebird game” after Weber left to establish the semi-independent Weber Productions. Marketing cemented the connection between the two women when Park began to direct Mary MacLaren, who starred in Weber films including Shoes (1916) and The Mysterious Mrs. M (1917). MacLaren also played the lead in Park’s The Model’s Confession (1918), Bread (1918), The Vanity Pool (1918), and The Amazing Wife (1919). Of these titles, only a fragment of Bread is known to survive. In a review published on August 24, Moving Picture World recommended that exhibitors promote Bread with the line: “The Heroine of ‘Shoes’ Now Comes To View In Another Sociological Photodrama” (1100). The films are similar in several respects. MacLaren portrays both heroines as stoic in their suffering from poverty and upright in their refusals of improper suggestions from wealthier men. In the fragment of Bread that survives, scenes in which the starving heroine looks longingly at a loaf of bread through a shop window clearly echoe the scenes from Shoes in which she stares longingly through the glass at a pair of high-button shoes. 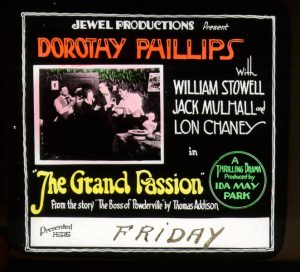 In plot outline, however, the films differ significantly. In Weber’s film, MacLaren portrays a salesclerk whose paycheck supports her entire family, including a father who squanders the money on the paperback books he reads when he should be looking for work. Her eventual acceptance of the local rake seems to be a continuation of this self-sacrificing spiral, and it puts an end to her marriage dreams, which we see in fantasy sequences juxtaposed with her return to her parents’ tenement at the film’s conclusion. Weber’s depiction of poverty as a family problem is absent from Bread, in which the heroine strives to succeed on her own as a stage actress. Although the ending is missing from the extant copy, published synopses state that MacLaren’s character finds love and marriage with a playwright whom she earlier perceived as trying to buy her. One might say, then, that Park’s film provides Shoes with a traditional happy ending. Such an alteration merits consideration, not only for what it illuminates about the two directors, but also for its studio policy implications. For marketing purposes, at least, Universal sought to associate Park with Weber as a “woman director.” It also associated them both with a particular actress and type of film—the “sociological photodrama”—the parameters and evolution of which require further study.

1. Ida May Park as Screenwriter

2. Ida May Park as Director and Screenwriter

1. Ida May Park as Director-Screenwriter

2. Ida May Park as Co-Director with Joseph De Grasse

3. Ida May Park as Screenwriter

Some of Ida May Park’s extant films are incomplete. Reels 1 and 2 exist for A Mother’s Atonement; reels 2 and 3 exist for If My Country Should Call; reels 2, 3, 4, 5 exist for The Place Beyond the Winds; and there are partial prints of reels 3 and 4 of Bread. She is not credited by FIAF for Dolly’s Scoop.