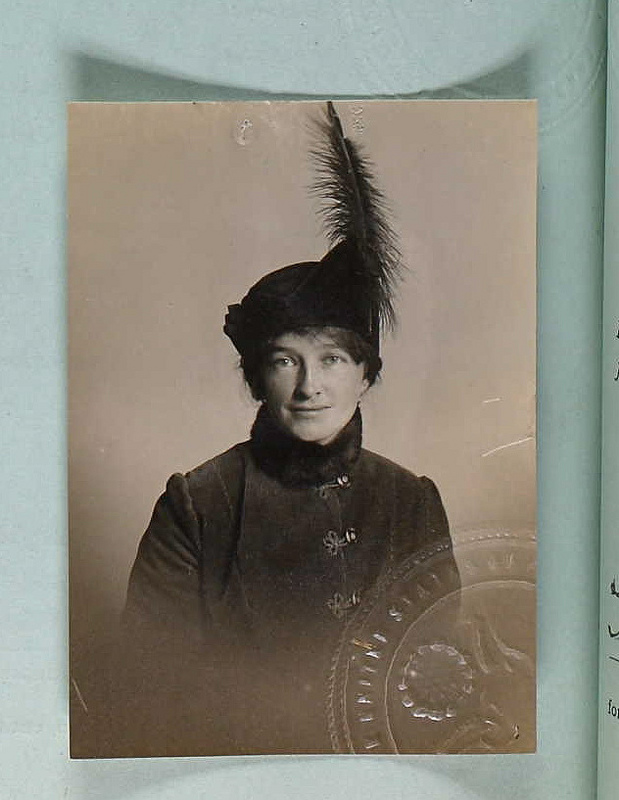 The 1900 census found Ruth A. Baldwin, born in Connecticut in September 1886, living in San Diego with her mother, Abby Baldwin, who was divorced. Two decades later, the census found Ruth A. Pierson (née Baldwin) residing in Los Angeles with her husband, motion picture actor Leo O. Pierson, and a Japanese servant, Mr. Kogiro Yokoyama. The census lists no profession for Ruth, although her entry in the 1920 Motion Picture Studio Directory and Trade Annual suggests she was available for screenwriting positions (317). The 1920 census also makes her four years younger—twenty-nine as opposed to the thirty-three years old she should have been if we go by the earlier record. Baldwin had been busy in the intervening years. She had written for a San Diego newspaper, worked as a publicist for the San Diego Exposition, and performed what the 1920 Motion Picture Studio Directory described as “commercial art, concert work” (317). In 1913, Baldwin joined Universal Manufacturing Company as a scenario writer. In late 1916, after six months as a film editor and a brief apprenticeship with director Lynn Reynolds, she got her opportunity to direct, and Universal credited her with a total of thirteen titles. She soon left Universal, however, for reasons unknown. Beginning in 1919, Fox Film Company and Metro Pictures Corporation together credited Baldwin with six scenarios through 1921. In 1925, the Los Angeles Times reported that “Ruth Ann Baldwin, a writer” was living in a stone cabin on a 320-acre “desert ranch” (A1). There, for now, her trail ends. 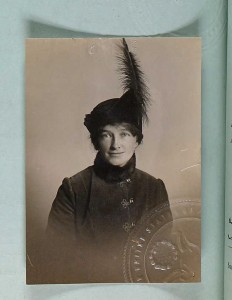 Credits do not record some of the most significant accomplishments of Baldwin’s amazing decade. In January 1915, for instance, Universal dispatched her to London to collaborate with mystery novelist E. Phillips Oppenheim on The Black Box serial. A press book for the serial’s British release explained: “the author, realising that with all his brilliance as a novelist, it was necessary to consult someone with a complete knowledge of the technical side of film manufacture in order to get the best possible results, was more than glad to have Miss Baldwin’s valuable aid.” Given that serials were among the most costly productions at that time and that Oppenheim had no prior experience writing for motion pictures, the appointment testifies to Universal’s confidence in Baldwin’s ability.

Universal’s house organ, then called the Moving Picture Weekly, provides in an article titled “Another Woman Directing,” another glimpse behind the scenes when it reports that, as part of her apprenticeship as a director, Baldwin assisted Reynolds in the production of The End of the Rainbow (1916) (23). In this feature, Myrtle Gonzalez stars as the business-school educated daughter of a timber baron who, defying her father’s interdiction, goes undercover as a stenographer to investigate corruption in his logging camp. Although the extent of Baldwin’s contribution to this film will likely never be known, a print does survive. Shot on location in a redwood forest near Hume, California, the film stands out for its amazing scenery, snappy cross-cutting, Gonzalez’s take-charge heroine, and a proto-environmentalist subplot involving the male lead’s sentimental attachment to “Old Sentinel”—a particularly ancient redwood that ultimately succumbs to the villains’ saws and axes.

Baldwin directed and typically also adapted the scenario for a variety of dramas. Timed for a Thanksgiving release, her directorial debut, The Mother Call (1916) tells in one reel the story of an elderly mother who feels abandoned by her children and is delighted when they show up for the holiday, according to the November 18, 1916, issue of the Moving Picture Weekly (23). A dozen films followed in 1917. In The Rented Man (1917), a young boy hires a boarder to play the part of his missing father only to discover that the “rented man” is his real parent. The Black Mantilla (1917) narrates a tragic love story set in Mexico. Two shorts employ a framing story: in A Soldier of the Legion (1917), boarding house residents concoct an Algerian fable; in The Storm Woman (1917) an old man’s tale of a fatal love triangle involving a New York playboy and two Italian sisters has a surprise happy ending. Baldwin’s first feature, A Wife on Trial (1917), depicts a woman librarian who marries a moody paralytic in order to be near to his wealthy family’s rose garden. In the final reel, this marriage of convenience gives way to true love, according to a synopsis in Moving Picture Weekly (30). Although difficult to appraise in the absence of surviving prints, Baldwin’s oeuvre suggests an interest in problems of narrative construction, and reviews on both sides of the Atlantic emphasized the novelty of the plots as well as the manner of treating them on screen, as in, for instance, the British trade paper Bioscope review of The Girl Who Married (1917). The beauty and exoticism of the settings of these films are also frequently noted. 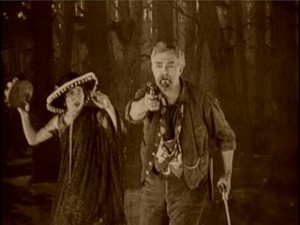 A keen awareness of narrative convention as well as a wry perspective on the motion picture business comes across in Baldwin’s surviving feature,’49-’17 (1917). A Western genre parody, the film stars Baldwin’s husband Leo O. Pierson as a city man hired to recreate a Western town for his boss, Judge Brand, who wants to relive his glory days as a miner “Forty-Niner.” He hires actors, but some members of the troupe turn out to be figures from Brand’s past. Western fun turns dangerous when a backstory involving a love triangle, an attempted murder, and a gold mine comes to light. It all works out in the end, however, and Pierson’s character earns his spurs and “gets the girl,” played by Donna Drew. The parodic doubling of the plot, in which actors portray actors who turn out to be “real Westerners,” that is, stereotypical figures from Western films, takes on an ironic cast when one recalls that some of Baldwin’s Universal contemporaries were building reputations by taking the genre far more seriously. Less than two months before ’49-’17, for example, Universal had released Straight Shooting (1917), the first Western feature directed by Maine native John Ford, staring New Yorker Harry Carrey. The historical record might never reveal whether Baldwin intended to deflate or celebrate the spectacle of grown Eastern men playing at being cowboys. Her film, however, leaves little doubt that we are to regard it as a form of playacting.

Ruth Ann Baldwin is uncredited for her work as the assistant director of The End of the Rainbow (1916). She may or may not have directed The Girl who Married (1917).