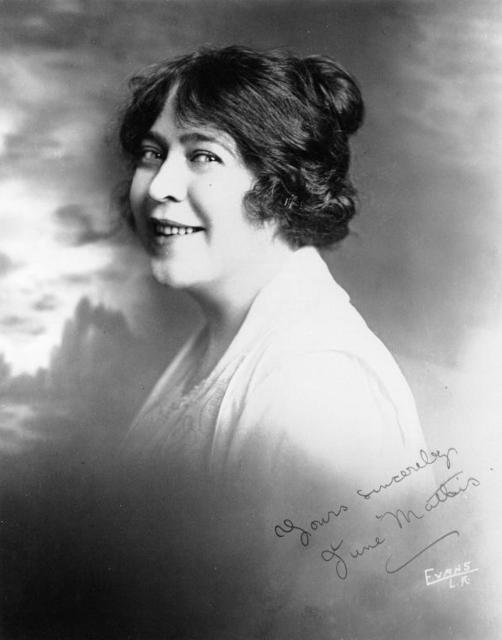 Once called the most powerful woman in Hollywood, June Mathis is known to have written or cowritten the screenplays of one hundred and fourteen produced features. Yet she is a shadowy figure today. Though one can find summaries of her biography in studio publicity releases of the day and puff pieces in the fan press, apart from these notoriously unreliable sources, little is known about her life. Her greatest moment of fame came when she died suddenly while attending a play with her mother at a New York theatre. The New York Times reported her dramatic demise in a front page headline: “June Mathis Heart Victim.” 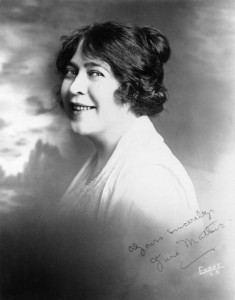 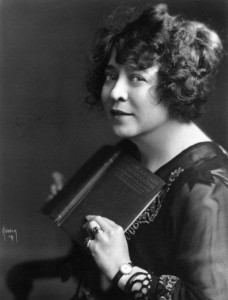 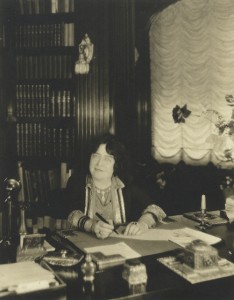 Mathis was one of several prolific women screenwriters of the silent era, in a group that included Frances Marion, Bess Meredyth, Anita Loos, and Jeanie Macpherson. Like many of her female colleagues, she worked not in splendid isolation but in tandem with others. She cowrote most of her scripts and specialized in star vehicles as well as adaptations of literary and stage successes. Ascertaining the precise contributions she made to films associated with her name is further complicated, however, by that fact that she is frequently credited in the form of ambiguously worded phrases like “adaptation by…,” “story by…,” “titles by…,” “continuity by…,” “dialogue by…,” “editorial supervision by…,” and so forth. Further, surviving scripts of films she was associated with are often unattributed, with no author(s) name(s) indicated on the typescripts. Correspondence contained in the Warner Bros. Archive at the University of Southern California suggests that Mathis left numerous unproduced scripts in various stages of completion at her death, but what has become of these is a mystery. 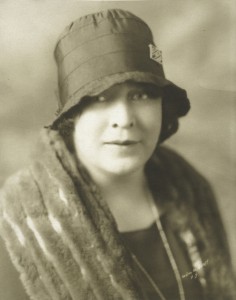 In addition to writing, Mathis was also a production executive; as such her influence was widely felt throughout the industry. The titles she held at Goldwyn Pictures, Metro Pictures, and Famous Players-Lasky Film Corporation included “artistic supervisor” and “editorial director.” Such positions ceased to exist in the years that followed; but as far as one can tell, they involved overseeing the development of motion picture scripts, supervising activities on the set, and presiding over the editing process, duties studio producers commonly assumed during the 1930s. 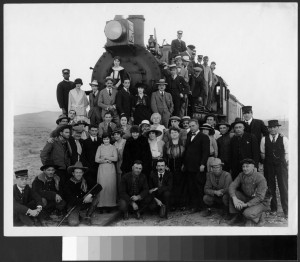 Mathis is perhaps best remembered for having discovered Rudolph Valentino, casting the then-unknown bit player in the lead role in The Four Horsemen of the Apocalypse in 1921 and thereby creating a newly exotic and sexually dangerous image of the screen lover. Mathis was the primary architect of Valentino’s career, according to Thomas Slater and Fr. Alcuin Siebenand. She directed him in Four Horsemen (even though Rex Ingram was the credited director on the film), writing follow-up vehicles for him (The Conquering Power, 1921; Blood and Sand, 1922; The Young Rajah, 1922), and acting as mentor to the star until their friendship was broken up by Valentino’s wife Natacha Rambova (Leider 2003, 323–24). In 1924, after the rift, Mathis married Sylvano Balboni, an Italian cameraman who resembled Valentino. But she kept her ties to the star and, when he died suddenly in 1926, she arranged for him to be buried in her family crypt in the Hollywood cemetery. She is interred in the vault next to his. 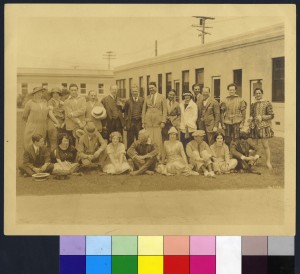 Mathis’s relationship with Valentino was closely connected with her participation in actress Alla Nazimova’s “8080 club,” a social circle that included both Valentino and Rambova and that functioned as a center of lesbian life in Hollywood during the early 1920s (Lambert 1997, 218). Nazimova, who had achieved great fame on the stage as a tragedienne, collaborated with Mathis on several films, including Eye for Eye (1918), Out of the Fog (1919), The Red Lantern (1919), The Brat (1919), and Camille (1921). In these endeavors, Mathis was undoubtedly the minor voice whose contribution supported the artistic vision of her strong-willed collaborator. Material documenting the nature and extent of the Mathis-Nazimova collaborations is contained in the Nazimova archive in Columbus, Georgia, but the archive is currently unavailable to scholars. The versatile Mathis also played handmaiden to two other major women stars whose talents lay in the realm of comedy. For Colleen Moore, the tireless screenwriter penned Sally (1925), The Desert Flower (1925), We Moderns (1925), and Irene (1926); and for Corinne Griffith, she wrote Classified (1925). 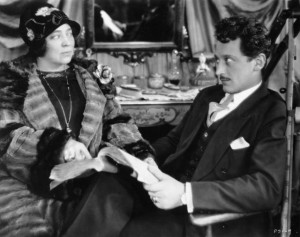 The administrative skills and collaborative spirit Mathis brought to such undertakings did not always enable her to triumph over the fractious, ego-driven climate that prevailed in the Hollywood industry, and she has been scapegoated by posterity for the derailment of a few of the era’s major productions. French film scholar George Sadoul singled her out as the “butcher” who edited Greed (1925), though evidence shows that she championed both the project and its willful director Erich Von Stroheim from the outset (Slater 133). And though Mathis was held responsible by Irving Thalberg when the ill-fated megaproduction Ben-Hur fell to pieces under her supervision while on location in Italy in 1924, the problems that arose appear to have been caused not by Mathis but by labor slowdowns and the imperious behavior of the film’s original director Charles Brabin (Brownlow 1968, 385–414; Keel 32-33, 101). 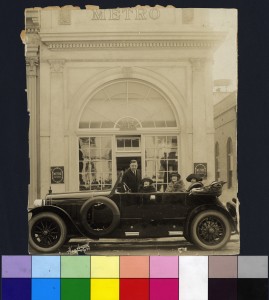 As a potential subject of auteurist analysis, Mathis presents obvious difficulties. Most of her scripts were cowritten with others, and many were adaptations of popular novels and plays of the day. To a degree, however, many of these diverse projects reflect a distinct sensibility that can be identified with Mathis herself. Many feature high melodrama and a fascination with mysticism and spiritualism as well as with geographically and historically distant locales. Though most display the ethnic and gender stereotyping that permeated popular discourse at the time, films like the extant The Four Horsemen of the Apocalypse (1921), Blood and Sand (1922), and The Spanish Dancer (1923) are marked by imaginative daring in their conceptions and skilled craftsmanship in their plot construction. These films, along with others from the Mathis oeuvre, stand as quintessential expressions of the taste for stylized and otherworldly fantasies that characterized the 1920s, but they also betray a distinctive flair that was Mathis’s own. 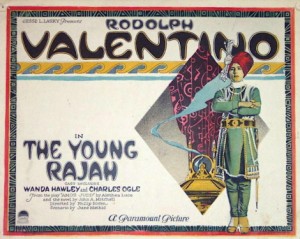 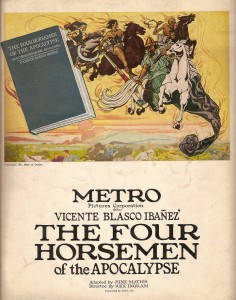 Poster, The Four Horsemen of the Apocalypse (1921), written by June Mathis.

The Four Horsemen of the Apocalypse. DVD. (Delta Entertainment Corp. US 2006)

Rudolph Valentino: The Great Lover. DVD.( Delta Entertainment US 2006) - includes The Four Horsemen of the Apocalypse (1921)

Blood and Sand (1922) is streaming online via Amazon Video

Blood and Sand (1922) is streaming online via Kanopy

Excerpt of The Four Horsemen of the Apocalypse (1921):

Blood and Sand (1922) via the EYE Filmmuseum (Dutch intertitles)

Trailer for EYE Filmmuseum's recent restoration of The Spanish Dancer (1922)

Compiling credits for June Mathis is a bit complicated. While sources from the 1920s claim that she produced over 150 scripts, only two-thirds of that number can be documented. Extant films are also hard to verify. The film Somewhere in America has many elements from The Rose of the Alley, which were re-edited and used for flashback sequences. The print exists as two incomplete double reels at George Eastman House. Material for Three Weeks is thought to exist at Gosfilmofond, though it can’t be confirmed. Three badly decomposed reels of Young Rajah were recently found in Europe and a recreation was attempted using part of the footage and stills, however, so little of the footage was usable, the film is still considered lost. While Spanish Dancer is listed as extant, the preservation material comes from a Kodascope home movie, which is a 5 reel cutdown from its original 9 reels. Dates of release are also inconsistent. A Trip to Paradise is listed as 1921 in nearly all sources, yet is listed as 1925 on FIAF. Greed is listed in various sources as 1923, 1924 and 1925. This may stem from the fact the film started production in 1923. The Hooded Falcon is sometimes listed on Mathis and Valentino filmographies, however, the film was never completed. Finally, FIAF lists June Mathis as a writer on The Iced Bullet, but this can’t be confirmed in any other source. The following extant prints are incomplete: The Call of Her People, Somewhere in America/The Rose of the Alley, Threads of Fate, The Trail to Yesterday, The Red Lantern. Three Wise Fools, Classified.