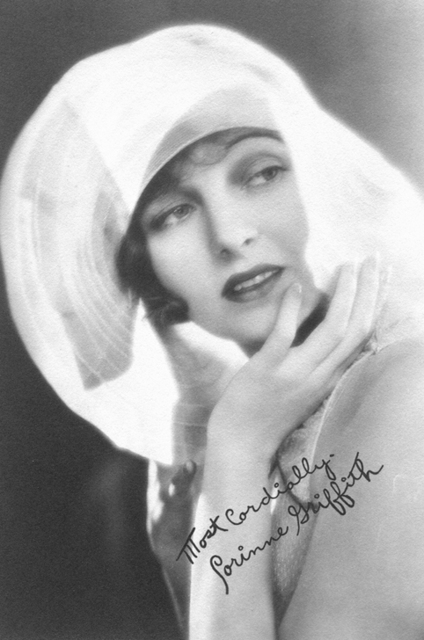 Corinne Griffith, who, according to the United Artists biography, was born Griffin, found success as an actress, producer, author, real estate magnate, anti-income-tax crusader, painter, and composer. We do not know enough, however, about how Griffith selected and shaped her productions. But contracts and letters on file in the Warner Brothers Archives at the University of Southern California show that arrangements between Corinne Griffith Productions and her distributors, First National Pictures (1923-26, 1928) and United Artists (1927), awarded her a relatively high amount of oversight. 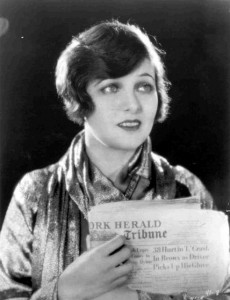 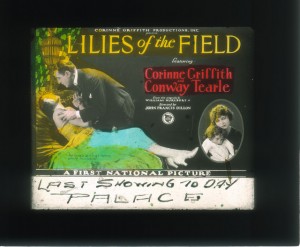 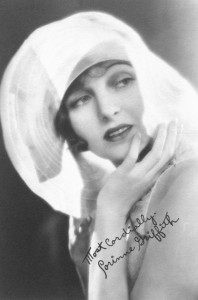 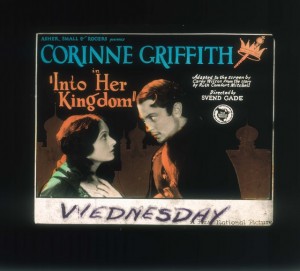 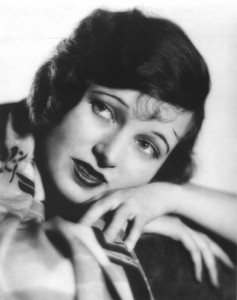 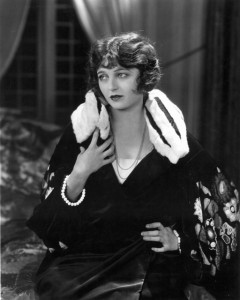 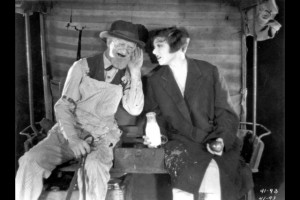 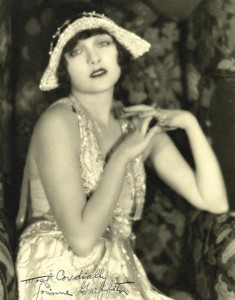 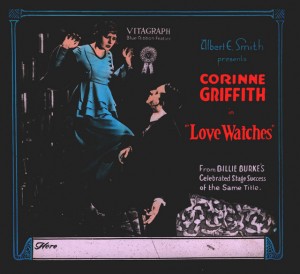 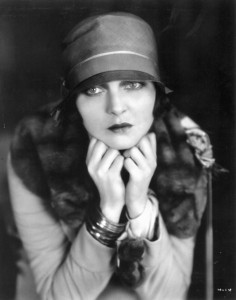 Griffith’s contracts always stated that at the start of each production, her company would submit four scripts for her consideration for her next film. She could also choose between three available leading men and three directors, provided her choices could be hired for no more than their previous salaries. E. M. Asher served as general manager of Corinne Griffith Productions, with Edward Small and Charles R. Rogers serving as primary attorneys. Griffith apparently kept a sharp eye on their actions. On October 16, 1923, she wrote a letter to Small and Rogers, charging them with breach of contract. But, three weeks later, on November 9, she sent them a second letter, waiving the accusation.

Secondary sources such as DeWitt Bodeen’s biographical article and Hedda Hopper’s unpublished biographical typescript reveal more about the choices she made in building her life, fortune, and career, and existing films provide evidence of her beauty and talent. Born in Texarkana, Texas, Griffith moved to Santa Monica with her mother after her father died. Stories about how she was signed by the Vitagraph Company of America in 1916 vary. Bodeen writes that in one version director King Vidor discovered her at a West Texas health resort while another states that she was signed after winning a Santa Monica beauty contest (514). Whatever the case, Griffith quickly moved into roles beside the studio’s leading male performer, Earle Williams. By 1920, according to Bodeen, writing in the 1970s in Films in Review, Corinne Griffith was Vitagraph’s top star and known as “the orchid lady of the screen” (513-515).

Three years later, in 1923, able to command far more salary than the struggling Vitagraph could afford, Griffith made The Common Law (1923) for producer Lewis J. Selznick and Six Days (1923) for producer Samuel Goldwyn. She then signed a three-year contract with First National Pictures, purchased by Warner Brothers in 1925 (Bodeen 517). Griffith’s July 1923 contract with First National guaranteed her $2,500 a week, and stipulated that she was to work no more than eight hours a day, being made up and before the cameras no earlier than 10:00 a.m. and finishing no later than 6:00 p.m. After four films were completed, Griffith signed a new contract in October 1924, which raised her salary to $4,000 a week and added a clause stating that she would receive an increase to $5,000 a week during her second year. By the time Griffith signed her final First National contract on December 6, 1927, her salary was $10,000 a week for fifty weeks, or $500,000 a year.  This contract stated that Griffith must pay for the building of her bungalow on the studio lot, but a letter written the same day said the studio would pay.

A great beauty and comic talent, Griffith also played dramatic roles in which her character faced major decisions affecting her life and many others. Altogether, this body of work reveals the centrality and complexity of women’s roles in the post-Victorian consumer society. In The Common Law (1923), Classified (1925), and The Garden of Eden (1928), directed by Lewis Milestone, Griffith must endure male lechery while attempting to earn a living and find romance. In Single Wives (1924), Déclassée (1925), and Three Hours (1927), she played wives involved in traumatic searches for love and meaning due to spousal abuse and neglect. In Black Oxen (1923), Griffith plays a highly unusual character for the twenties, or, indeed, probably any era, a woman who rejects romance for a political career.

Griffith left First National to form Corinne Griffith Productions with then husband, independent theatrical producer Walter Morosco, to produce films to be released through United Artists. However, they only made The Garden of Eden (1928), directed by Lewis Milestone, before returning to First National (Bodeen 519-20). Both The Garden of Eden and her earlier comedy, Classified (1925), directed by Alfred Santell, provide excellent examples of Griffith’s work. Griffith and Morosco chose to film Garden after seeing a German production of the original play, according to Hedda Hopper, writing in the New York Times in 1928 (111). New York Times coverage in 1926 also tells us that Griffith selected Classified, based on an Edna Ferber story, after one or two other actresses had rejected it (X5).

In both films, Griffith’s characters, Babs Comet (Classified) and Toni LeBrun (Garden) go out into the world expecting to be treated fairly, but soon learn that they must deal with lecherous men, and in both of these extant films, Griffith displays assertiveness, integrity, innocence, intelligence, and playfulness on top of comedic talent, and was admired enough by her peers to receive an Academy Award nomination for The Divine Lady (1929), an early sound film. The British film Lily Christina (1932) was her last; she then undertook a theatre tour in 1935-36 in the plays “Design for Living” and “No More Ladies,” but it was by no means the end of her public visibility (“Corrine Griffith Dies” 32).

In 1926, Griffith paid $185,000 for two properties in downtown Beverly Hills, and this property would become the basis for a second career and a fabulous personal fortune, according to Photoplayer magazine (n.p.). As Hedda Hopper tells us in an unpublished Griffith biography in the Corinne Griffith files at the University of Southern California Cinema and Television Library, her success led to her becoming the first woman to address the National Realty Board in the early fifties (3-4). Not surprisingly, given the legendary wealth she amassed, the former actress-producer campaigned throughout the 1950s to repeal the federal income tax.

Besides theatrical producer Morosco, to whom she was married from 1926 to 1934, Griffith’s husbands also included Vitagraph actor-director Webster Campbell (1920-23), Washington Redskins owner George Marshall (1936-58), and actor-singer Danny Scholl for thirty-five days in 1965, according to her 1979 Los Angeles Times obituary (32). Of all of the female silent film personalities featured here, Corinne Griffith was probably the most adept at reinvention and self-development. She did not stop with commercial real estate, but also discovered herself as an author, painter, and composer. After her 1944 autobiographical My Life With the Redskins, she tried fiction writing in Hollywood Stories, and then she wrote a semi-autobiographical novel, Papa’s Delicate Condition, adapted into film in 1963. But that was not all. She was expert enough on cooking, antiques, and sports to write three more books, Eggs I Have Known, Antiques I Have Known, Not “For Men Only”—But Almost, then another two in the 1970s, This You Won’t Believe! (a collection of short pieces about unusual items) and I’m Lucky-at Cards (a book of short informal writings). In the early 1960s, Griffith produced two music albums, Year of Love and Moods by Corinne, and also exhibited her paintings.

2. Corinne Griffith as Actress and Producer

The Garden of Eden (1928) is streaming online via Kanopy