Special Dossier on Early US Newspaperwomen

From the early 1910s through the early 1920s, a large number of women took up professional positions in the US movie industry, not only as filmmakers and scriptwriters but also as production managers, continuity clerks, film cutters, location finders, and more. At the same time, many women worked as newspaper editors, columnists, and film critics, and they played a crucial role in developing an American popular film culture for a mass audience of movie-goers. Indeed, newspaperwomen deserve as much attention as those working more directly in the industry, for they formed an essential node that linked film production with theater audiences and often shaped their experiences, especially those of women readers in love with the movies.

A surprising number of these newspaperwomen were in the Midwest, notably in Chicago. They included Gertrude Price for the Scripps-McRae chain, Kitty Kelly (Audrie Alspaugh) and Mae Tinee (Frances Peck) at the Chicago Tribune, Genevieve Harris at the Chicago Post, Virginia Dale at the Chicago Journal, and Dorothy Day (Dorothy Gottlieb) at the Des Moines Tribune. To acknowledge their importance, the Women Film Pioneers Project expands its coverage of women’s work in the industry with a profile of each, along with another of Harriette Underhill at the New York Tribune. These seven profiles, all written by Richard Abel, complement his 2016 overview essay “Newspaperwomen and the Movies in the USA, 1914-1925” by providing a closer look at each woman’s life, career, and particular journalistic output. While each profile is individually available on the main Pioneers page, they are grouped together here to invite comparative analysis, which reveals fascinating points of critical overlap and disagreement in these women’s film reviews, writing styles, and perspectives. 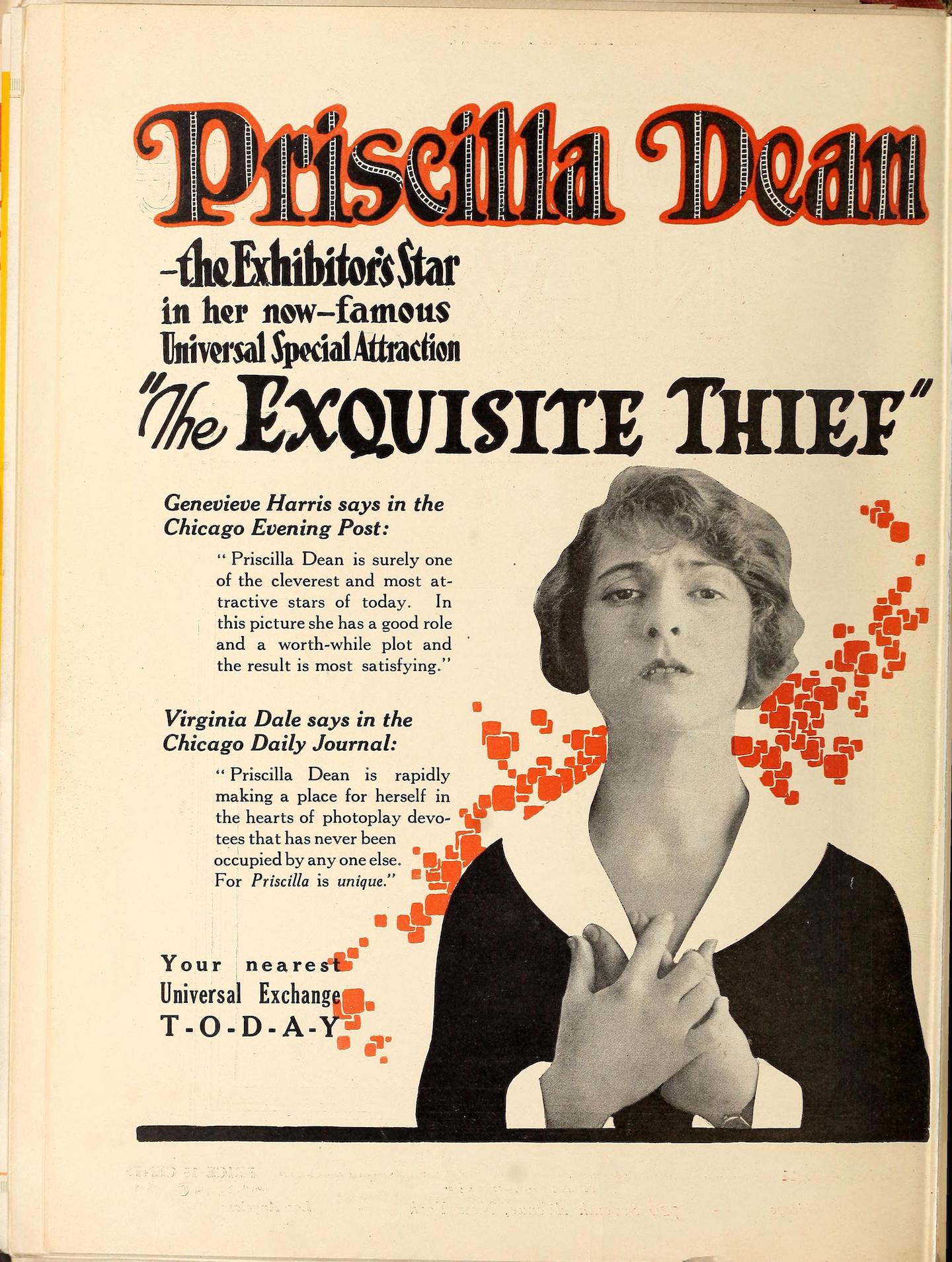 Genevieve Harris and Virginia Dale’s opinions about the The Exquisite Thief (1919) in a Motion Picture News advertisement (May 24, 1919).