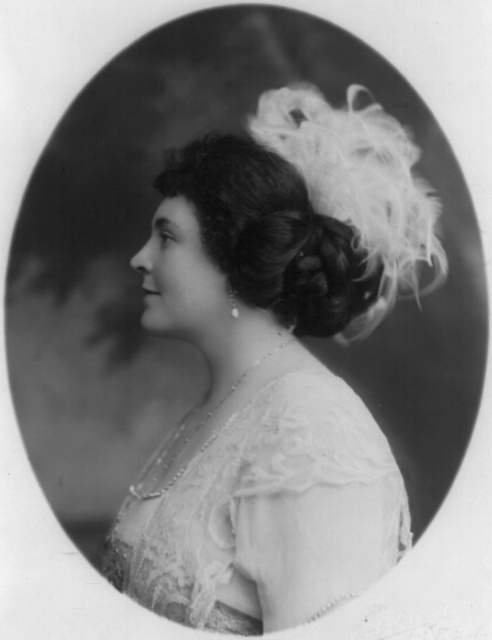 Paula Hilburn, also known as Paula Dean, was an actress, writer, director, and costume designer at the Vitagraph Company. She acted in eight films, wrote seven, directed one, and designed the costumes for three. Her earliest credit is her role as Lady Mary in Vitagraph’s Monsieur Beaucaire: The Adventures of a Gentleman of France (1905), opposite Vitagraph company cofounder J. Stuart Blackton as the wicked Duke. According to Marian Constance Blackton, J. Stuart Blackton’s daughter by his first wife, Dean and Blackton’s intimacy on screen carried over into real life. J. Stuart Blackton married Paula Dean in 1906 on the same day his divorce to his first wife became official (Trimble 26). They had a daughter, Violet Virginia, in 1910 and a son, Charles Stuart, in 1914. Marian Contsance Blackton remembers her stepmother as a “handsome, dynamic, passionate extrovert” (27) with an “ear as well as an eye for elegance.” Further, she claims that it was Paula who persuaded J. Stuart Blackton to call Vitagraph’s place of business a “studio,” rather than a “factory” (29). 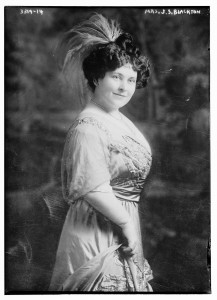 Paula Blackton. Courtesy of the Library of Congress. 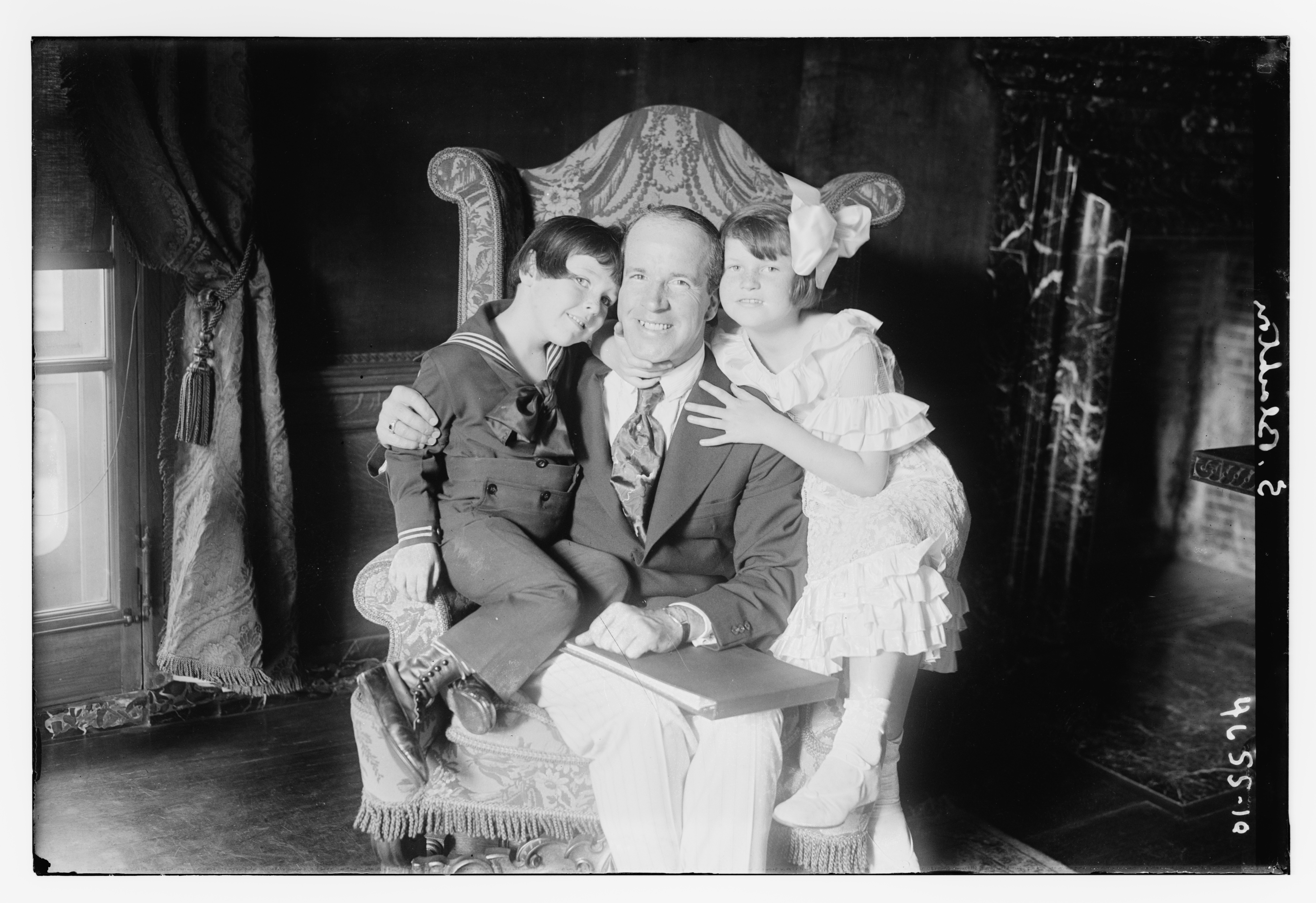 Paula Hilburn Blackton c.1912. Courtesy of the Library of Congress. 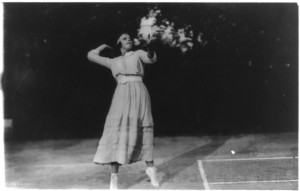 Paula Hilburn Blackton c. 1910. Courtesy of the Library of Congress.

After her marriage, Blackton wrote a series of six short films called Paula Blackton’s Country Life Stories, four of which are extant. The series included The Collie Market (1917), The Diary of a Puppy (1917), The Fairy Godfather (1917), A Spring Idyll (1917), The Little Strategist (1917), and Satin and Calico (1917). These shorts all starred Paula Blackton and her two children and were directed and produced by their father J. Stuart Blackton. With The Littlest Scout (1919), according to Karen Mahar, Blackton became one of at least four women to direct at Vitagraph after 1916. (The other three were Marguerite Bertsch, Lucille McVey, and Lillian Chester [2006, 183].) She wrote, directed, and acted in the film, starring as the mother of her real-life children. The motion picture follows Charles and his Boy Scout troop as they rescue Violet from spies and hunt a German submarine. According to the Los Angeles Times, The Littlest Scout was released during “Boy Scout Week” (15). Besides her Country Life Stories and The Littlest Scout, Blackton’s only other appearance on screen was in a “symbolic tableau” in J. Stuart Blackton’s Womanhood, The Glory of a Nation (1917) in which she held Charles on her lap while Violet stood beside her (Trimble 78).

In her biography of her father, Marian Constance Blackton also tells us that Paula was also a costume designer for J. Stuart Blackton’s productions after he moved to England and started Blackton Productions, and credits her with working on The Glorious Adventure (1922), A Gipsy Cavalier (1922), and The Virgin Queen (1923). More often, however, Blackton mentions her stepmother’s “vaulting social ambitions,” and the public record of Blackton’s social life overwhelms the news of her part-time work in the film industry, which appears in retrospect to have been more of a temporary avocation (50). Her image graced the society pages, especially after J. Stuart Blackton became commodore of the Atlantic Yacht Club in 1912, and the status-conscious couple became very active in yachting and motorboat racing.   In 1911, the Washington Post in “She Saves Drowning Man,” reported that Blackton jumped overboard from her yacht “with all her wraps on” to save a drowning waiter (3). In 1914, she won a gold cup prize in a Lake George yacht race (“Baby Speed Demon” 7). In 1916, she made news spotting a shark while she and her children were swimming in Oyster Bay. The New York Times reported the phone call she made to a neighbor reporting the citing (“Big Posse” 7). 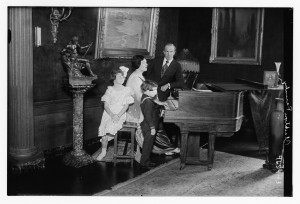 Paula Blackton with J. Stuart Blackton and their children Charles and Violet at the grand piano. Courtesy of the Library of Congress.

Paula Blackton’s children also had careers in motion pictures. As Marian Constance Blackton put it, “all of the Blackton brats were shoved into the production somewhere” (129). Besides appearing in all of her mother’s films, Violet Blackton had small parts in her father’s films as well: The Moonshine Trail (1919), A House Divided (1919), and The Common Cause (1919). Violet and her older half-sister Marian were made Indians for an afternoon when they visited their father on location filming The World for Sale (1918), and when Violet was twelve she played the lead character “as a child” in The Glorious Adventure (1922). She also appeared in The Virgin Queen (1923). A 1925 Los Angeles Times article about Marian Constance Blackton mentions Violet as well: “J. Stuart Blackton has another gifted daughter, Violet Virginia, who is to be educated for the stage and later the screen.” Paula Blackton, quoted in the same article as “Mrs. J. Stuart,” however, is slightly satirical about the Blackton family dynasty: “How would it look to see ‘J. Stuart Blackton presents,’ ‘Adapted by Marian Constance Blackton’ and ‘Violet Virginia Blackton starred’ all on the same program?” (28).

1. Paula Blackton as Actress and Screenwriter

2. Paula Blackton as Screenwriter and Actress