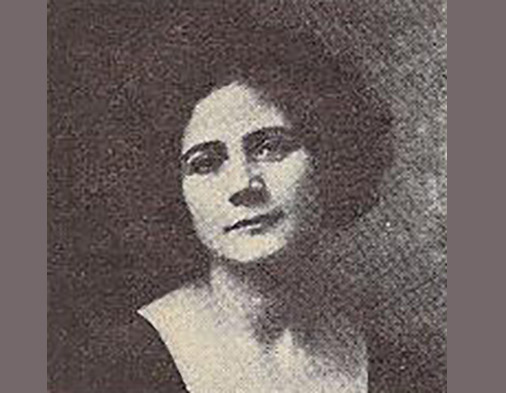 For Lillian Chester, who wrote under the name Mrs. George Randolph Chester, the experience of “collaboration” guided not only her encounter with the Hollywood industry, but almost every facet of her professional and personal life. She was a very prolific writer, coauthoring with her husband, George Randolph Chester (1869–1924), a well-known playwright and short story author. Her first publication was their 1914 coauthored book, The Ball of Fire, and they remained a successful team until Mr. Chester’s premature death of a heart attack in 1924, at which point she apparently stopped writing altogether (Smith 127). In addition to writing hundreds of short stories and numerous stage plays with Mr. Chester, Lillian labored alongside him in the scenario department at the Vitagraph Company from 1916 to 1921. She also wrote with him for a stint at Universal Film Manufacturing Company, from 1922–1923, collaborating on such films as The Flaming Hour (1922) and Scarlet Car (1923). At Vitagraph, Lillian worked as a writer and editor until taking on the role of codirector for The Son of Wallingford (1921), which she helped shoot, title, and edit with her husband.

The Son of Wallingford (1921), the only motion picture directed by the Chesters, is presumed lost. The largest concentration of information about the film—and about Lillian Chester —is held in the George Randolph Chester papers at Columbus’s Ohioana Library. These clippings files, although containing scant information about her, were used in an Ohioana Quarterly article by Joe Florenski that offers few other bibliographic sources. The Son of Wallingford was based on the one hundred and fifth and final installment of their literary serial, which was launched by Mr. Chester in 1908 with Get-Rich-Quick Wallingford. The series, known as “the Wallingford Stories,” followed the title character—a clever “confidence man” who tricked small-town folks out of their money—we learn from a 1915 New York Times article (SM19). One reviewer quoted in Florenski described Wallingford as “something essential[ly] American… as truly native as ice water, the city manager plan, corn on the cob and the cafeteria” (214). Later installments incorporated the title character’s adopted son, Toad Jessup, who offered a counterpoint with his honesty and scruples (Leventhal n.p.). The Son of Wallingford starred Wilfred North (J. Rufus Wallingford), Tom Gallery (Jimmy Wallingford), Antrim Short (Toad Jessup), and George Webb (“Blackie Daw”). Obviously exaggerating, given the figures it reports, a Vitagraph press release boasts that the codirectors used four thousand actors and achieved “the greatest engineering feat in screen history” (Chester papers, OH). Not only did the filmmakers create a massive set piece with a throng of burning oil wells, but they also built a man-made lake in rural California, according to a Photoplay review (67). This same brief item, however, is critical, saying that the Chester story could have been made better by another director, and asserting that writing—not filmmaking—was Chester’s forte: “Mr. Chester is an author, not a director. He furnishes excellent material, but he does not know how to project it onto the screen. At times, thrilling, at times disappointing—at all times, [Wallingford is] just a motion picture” (67). Mrs. Chester’s involvement was not mentioned in reviews, though her name is listed in all official credits. Her name was also included with his in the advertisements, one example of which is in Oshkosh, Washington’s Daily Northwestern News.

Three items found in the Ohioana papers, however, focus exclusively on Lillian Chester’s role. Two are press items that appear to have been published in August 1921, while the third is an unpublished 1924 personality sketch. The first press item, which includes a small paragraph and a large portrait of her, is titled “Wife of Author Assists Him in Productions.” It credits Mrs. Chester as collaborator on the Wallingford short stories and remarks that she is currently “assisting Mr. Chester in titling, editing, and cutting” The Son of Wallingford. The second article, “Husband and Wife Work as One,” contains more, claiming that Lillian created a major character, Blackie Daw (one of the more colorful and amoral in the literary series). In a telling statement, her husband remarks, “Mrs. Chester and I work together as one person. We make an ideal combination for we really collaborate and she should have the credit for it” (n.p.). So Mr. Chester recognized his wife’s contribution, and she, although still subordinating her identity to his as “Mrs. George Randolph Chester,” painted herself as full creative partner. She described their situation as if they were coconspirators, creating for themselves a domestic and artistic universe inhabited by fictional characters in imagined scenarios. The third item in Ohioana’s files—Muriel Levanthal’s 1924 twelve-page personality sketch—quotes Chester as explaining that “All our characters were part of the family… we knew them and what they would do if with us, just as much as we knew any of our friends.” 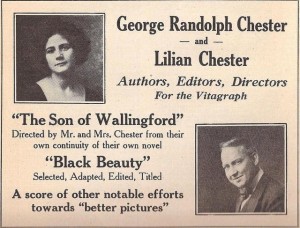 From these statements, they seemed to make few distinctions between their private and professional lives… and the personal life of the couple had begun with considerable drama. Mrs. Chester was born in Cincinnati, Ohio, and met her future husband there when she was a widow. At this time, she was Lillian Hauser DeRimo, and he was married to his first wife. An article in the New York Times in December 1911 provides the semi-scandalous details of their eventual marriage. It was in 1910 or 1911 that all three moved to New York City, and Lillian was reportedly the first Mrs. Chester’s “most intimate friend” (18). The friend would soon discover her husband’s affair with Lillian. She filed for divorce; George and Lillian left for Europe to work at Gainsborough Studios in London, marrying soon thereafter. Upon docking in New York in the fall of 1911, they found that the divorce decree had not been finalized before Chester’s second wedding, putting their marriage in jeopardy, according to the New York Times in an article titled “Novelist Chester Remarried Too Soon” (6). Although Mr. Chester had two children from his first marriage, he and Lillian had none of their own, we learn from the New York Times article on his will at the time of his death in 1924 (13).

One of the most fascinating archival finds in the George Randolph Chester papers is a series of poems and valentines that George wrote to Lillian over the years. These passages are flowery in tone and accompanied by his own drawings of cupids and arrows piercing a schoolboy’s heart. On February 14, 1921, the year The Son of Wallingford was made, he wrote:

A girl both feminine and fearless, And peerless. Without whom Paradise were cheerless. Me, I’m for Lilly Chester!

Although her work as codirector of The Son of Wallingford is significant, Mrs. Chester was primarily a studio writer and editor. Here is where we would like to know more about the Chesters’ manner of working together in the 1916–1921 Vitagraph years. It would be well worth examining her role in adapting and writing scenarios during the years they spent in the scenario department working with Marguerite Bertsch, Catherine Carr, James Oliver Curwood, Lucien Hubbard, and George Plympton. We know that Mr. and Mrs. Chester coedited at least twelve films, most often recutting previous Vitagraph films for renewed release. An intriguing question concerns the division of labor in husband-and-wife editing teams, and the Chesters could here be compared to Katharine Hilliker and H. H. Caldwell, another silent era coediting and cowriting husband-and-wife team. One wonders as well about their years at Universal Pictures, 1922–1923, just after the heyday of the “Universal Women,” but coinciding with the years when Carl Laemmle and R. H. Cochrane ran the studio and the young Irving Thalberg was the new head of production. A 1922 Moving Picture World article offers important clues in its announcement that Universal signed Mr. Chester on as supervising editor to preside over the producing units of films for Frank Mayo and powerful star Gladys Walton (614). The gender composition of the scenario department may have been changing, with more male writers (Shannon Fife, George Hively, Edward J. Montague) and Doris Schroeder the one other woman. 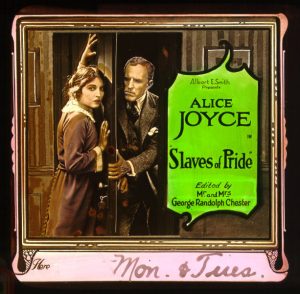 Mrs. George Randolph Chester’s career came to an end with her husband’s death from a heart attack in New York City in 1924. Having tired of Hollywood, the couple had recently returned east to focus on short stories and stage plays, but also to investigate the possibility of independently producing their own material on film (Florenski 216). This venture was not to involve their directing, which they never attempted again after Wallingford. Instead, according to a Moving Picture World article in 1922, they had turned their attention to writing a new series of literary fiction featuring Isador Iskovitch, an irrepressible Hollywood magnate, no doubt drawn from real studio executives the Chesters had known firsthand (614).

Lillian Chester died in St. Petersburg, Florida, on June 7, 1961, and was laid to rest next to Mr. Chester a few days later in the Spring Grove Cemetery in Cincinnati, Ohio, according to cemetery records. Almost nothing is known about the intervening years between the 1920s and her death, and there is no evidence that she remarried. The George Randolph Chester files files indicate that as late as 1955 she was trying to bring the Wallingford series to film and television. The Son of Wallingford was remade in 1931 as The New Adventures of Get-Rich-Quick-Wallingford, a Metro-Goldwyn-Mayer production starring William Haines. The 1921 version of Black Beauty, directed at Vitagraph by David Smith, is the only one of the titles that the Chesters cowrote known to exist.

Kilmer, Joyce. “Americans Like to be Fooled: George Randolph Chester Says They Have Made a Hero.” The New York Times (6 June 1915): SM19.