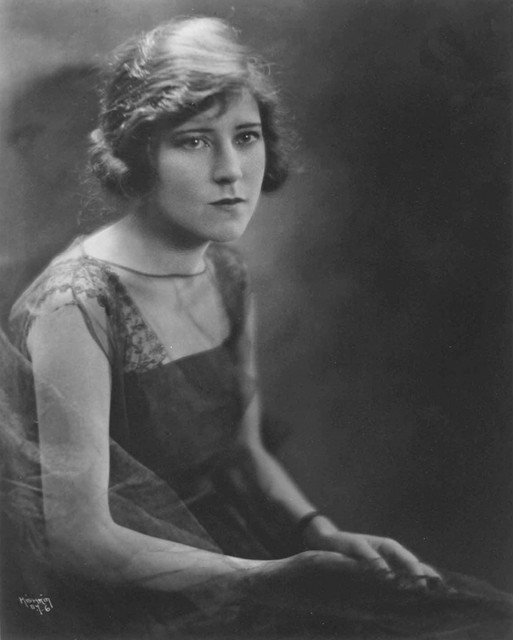 Sarah Yeiser Mason shared an Academy Award with her husband Victor Heerman for the 1933 screenplay for Little Women. It is startling, in light of this achievement, to see how little information on Mason is available for researchers today. She seems to have left no papers, and most of the existing manuscripts and correspondence belonging to her are among Heerman’s papers in the Margaret Herrick Library of the Academy of Motion Picture Arts and Sciences. 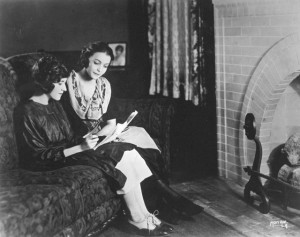 Born in Pima, Arizona, Sarah Y. Mason began work in films in 1918 when she joined the company of a location shoot for the Douglas Fairbanks film Arizona. In the first years of her career in Hollywood, Mason wrote short comedies for notable figures such as Fatty Arbuckle, Louise Fadenza, and especially ZaSu Pitts, with whom she became very close. In 1920, she was hired by Owen Moore to work with director Heerman on the scenario for The Poor Simp, and they married that same year.

Like many married screenwriters who collaborated with their spouses, the historical record of Mason’s work during this period of her life has been to some degree subsumed under her husband’s. It is therefore difficult at this stage to separate one author from the other, as it is with Mrs. George Randolph Chester and her husband, for instance. But the difference in the couples is important since while the Chesters were always employed as a team and received double credit, Mason appears to have been eclipsed by her husband. Locating her contribution is a problem compounded by the fact that an unpublished interview with Heerman conducted by Anthony Slide in the 1970s is one of the only extended examinations of Mason’s work available. In this interview, Heerman further obscures Mason’s authorship by taking credit for the creative work even on motion pictures where he is not credited alongside his wife. Says Heerman of a trip he took: “Well I went to Cleveland, and my wife was with me, because she was going to Europe. When I left, she wouldn’t work, she couldn’t work, because I mean I practically laid out everything while she was at MGM—she was at MGM a couple or three years” (48). 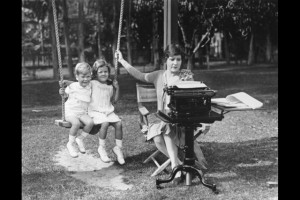 Sarah Y. Mason at work with children. Courtesy of the Academy of Motion Picture Arts and Sciences, Margaret Herrick Library. 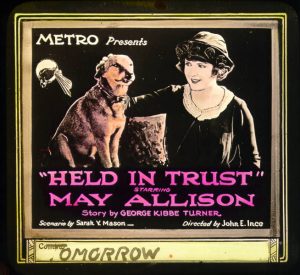 Heerman’s claims about Mason’s role in their collaborative screenwriting sessions vary. In some cases, he describes her as a valuable partner, while other times he relegates her to a virtually secretarial role. At one point he claims “I told her what to write” (54). During a period of time in the early 1930s when Heerman was feuding with some prominent people in the industry and had trouble finding work, he claims that producers would hire Mason, knowing that they were getting Heerman’s work as well. There is a noticeable gap in Mason’s career from 1923 to 1925, for which there is no apparent explanation. It could be that her collaborations with her husband bore his name when he was doing well professionally and bore her name when he had burned some bridges. Most of Heerman’s recollections of their collaborations date from the early sound years. A close examination of their working relationship in the silent era would be an important starting point for a critical history that separates Mason’s work from that of her husband. 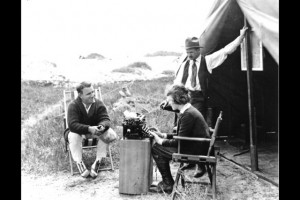 Heerman is more generous when he describes Mason’s collaborations with writers other than himself. He claims that she often would give another writer undue credit as collaborator on a screenplay, as she did with George O’Neil on the script for Magnificent Obsession (1935). Again, to Slide, Heerman claims that O’Neil had almost nothing to do with the final script: “But Sarah was always generous with other people’s work. She did it many times. But that was all right. Things I didn’t work on, if she wanted to share it with somebody else, that was fine. She’d say, “I can’t put your name, and I like this fellow.” And that would be it” (60). Indeed, Mason’s lack of concern with laying claim to her artistic work has left contemporary researchers with an unclear road map of her professional and artistic accomplishments. 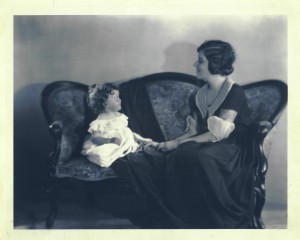 This lack of information is particularly lamentable in light of the fact that Mason was clearly a talented writer who worked with some of the most important artists in the industry. Mason’s grandson, John Koenig, in an interview in 2003, describes his grandmother as a voracious reader who had memorized all of Shakespeare’s sonnets. While Heerman was certainly a go-getter, Koenig offers an impression of Mason as more of an eccentric, someone who wrote for the love of writing. Because she spent more time “in her own head,” Koenig speculates that she was someone “who wouldn’t have hustled for credit.” As a result, scholars do not yet adequately understand the actual nature of Mason’s contributions to the films she was involved in writing. 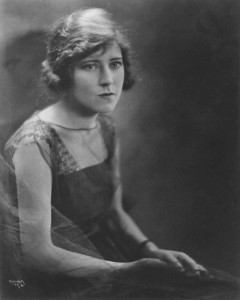 Alias Jimmy Valentine, The Broadway Melody of 1929, The Girl Said No, and They Learned about Women are all sound films that were released in a silent version for theatres that hadn’t yet been wired for sound. One Hour of Love is listed in some sources as 1926 and others as 1927. The film was made in 1926 and released the first week of 1927. Similarly, Leap Year was also released on the 1921/1922 border. While Sarah Y. Mason is not listed in the AFI credits for Arizona, Douglas Fairbanks claimed to have “discovered her” on this picture, according to the New York Times Encyclopedia of Film, 1896–1928. While neither AFI nor FIAF can confirm Mason’s work on Leap Year, she is listed as the story writer in most Arbuckle filmographies. The extant print of The Cradle Snatchers is incomplete.