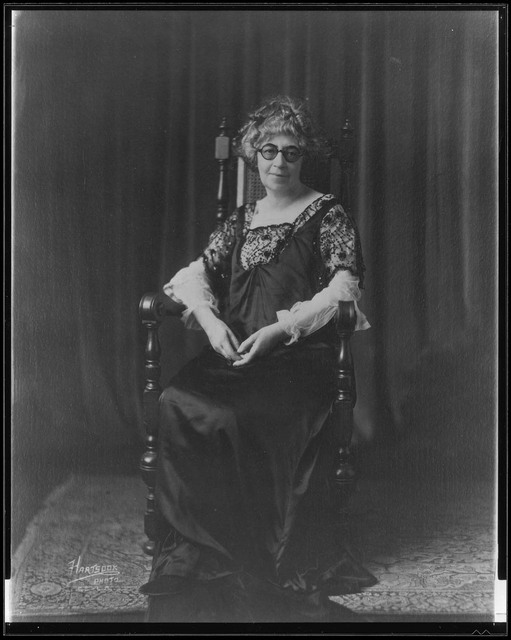 Beatrice deMille was born Matilda Beatrice Samuel in Liverpool, England. She immigrated with her family to New York in 1871. Though her family and friends called her Tillie growing up, when she met Henry deMille, he immediately started calling her Beatrice, after Dante’s Beatrice. According to her son, the director-producer Cecil B. DeMille, when Beatrice told her family that she intended to marry Henry, a Christian, they said they would disown her for converting from her Jewish faith (12). Never one to obey the rules, Beatrice married Henry deMille in Brooklyn, New York, in 1876. Henry had always wanted to be an actor. To make money when they were first married, they both taught—he composition and she elocution—at a preparatory school. When school was out for the summer, they would work as traveling actors, Beatrice always using the stage name Agnes Graham. Programs from a number of the theatrical productions in which they performed are found in the DeMille collection at Brigham Young University. To secure his success as an actor, Henry began writing plays in which he would play the lead role. Soon he formed a partnership with future theatre impresario David Belasco, and the two wrote and produced a number of theatre productions, most of which starred Henry, that were enormously successful. Henry was able to buy a large house in Pompton, New Jersey, for the three children he had with Beatrice—William, Cecil, and Agnes, who would die at age four of spinal meningitis. Then, at the height of his success, according to his obituary, Henry deMille contracted typhoid fever and suddenly died (5). 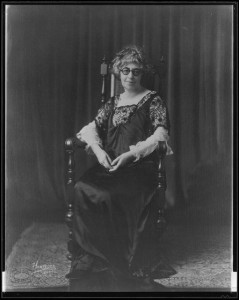 Beatrice knew she would have to support her children. Within weeks of his death, she converted the Pompton house into the Henry C. deMille Preparatory School for Girls. Although she was not particularly good with money, Beatrice managed to save enough to send William to Germany for an education and Cecil to a boy’s school in exchange for educating the daughter of the school’s president. To make additional money, she convinced Belasco to let her work as exclusive agent of the plays that he and deMille had written, and from there she began to represent other writers. During an era when very few women worked outside the home, Beatrice became a play broker and authors’ agent (Louvish 13).

By 1907, the school was no longer profitable. The final blow came in 1907, when former student Evelyn Nesbit made national news headlines. Nesbit’s husband, Harry Thaw, shot and killed architect Stanford White after Thaw realized Nesbit was having an affair with White. Alarmed parents stopped trusting Beatrice and removed their daughters from the school, and Beatrice was soon forced to declare bankruptcy (Louvish 29). Never one to focus on the negative, Beatrice sold the house and added new writers to her stable, including sons Cecil and William, as well as female playwrights who fought for women’s equality (Long 21). She became successful enough in the New York theatre world that she was able to finance and produce plays for many of the writers she represented. According to her granddaughter, Agnes deMille, Cecil went to work for his mother at that time, and later credited her with teaching him how to write, direct, and produce (Easton 19).

Soon Beatrice herself turned to writing. Collaborating with Harriet Ford, she wrote her first published play, “The Greatest Thing in the World,” which was performed on Broadway and in Washington DC. Beatrice continued to grow her company of playwrights, and, even if she was never very good with money, she was good at making deals. It was Beatrice who introduced her son Cecil to Jesse Lasky and then arranged for Cecil to write and direct and Lasky to produce (Wellman 100). This collaboration led to what would later become Paramount Pictures, a company that produced Cecil’s major silent era motion pictures. Clearly Beatrice was good at spotting talent, also starting the career of actor Victor Moore and writer Beulah Marie Dix, whom she had represented in New York (Birchard 166).

In 1914, Beatrice finally moved to Los Angeles (Louvish 68). Although she was in her sixties by then, she did not sit still. While William was a bit wary of his mother during this time, Cecil doted on her, and she, along with her sons, worked for the Lasky Company, where she collaborated with fellow playwright Leighton Osmun on a series of scenarios. The films she wrote, from 1914 to 1917, were usually sentimental, but she was respected enough that she wrote not only for her sons, but for other directors as well. While most of the deMille/Osmun scenarios were based on their own stories, they also collaborated with other Lasky writers such as Jeanie Macpherson and Eve Unsell. Slightly more than half of the films Beatrice wrote are still extant and held by the Motion Picture, Broadcasting, and Recorded Sound Division of the Library of Congress.

By the late teens, Beatrice had stopped writing. The 1920 census lists her profession as a writer for motion pictures, but as Cecil wrote in his autobiography, she was doing anything but settling down. She spent lavishly—buying huge hats for herself and paying rent for less fortunate friends—but then claimed poverty and sent the bills to her sons. She drove around in a car that would often break down, and she habitually abandoned it anywhere, including once in the middle of Sunset Boulevard where it blocked traffic for hours. Cecil, who claimed that his mother was the single most important influence in his life, recognized that she was a character. As he wrote in his unpublished papers, “My mother always had a scheme for making large sums of money. Once she had a cactus, withered and old, in a pot on her porch. She said, ‘that is my secret—it is wealth. We will ship it to Australia where they have lots of cattle. This is a spineless cactus. They will plant it there and have food for the whole country.’ The cactus was shriveled and dead in a week.”

Spelling for the name “De Mille” differs within the family. Cecil went by DeMille, William went by de Mille, and Beatrice went by both as well as De Mille and deMille. Beatrice was also often credited as Beatrice C. de Mille. For purposes of this article, her husband Henry’s spelling of “deMille” is used.