“Decoration, Discrimination and ‘the Mysteries of Cinema’: Women and Film Exhibition in Sweden from the Introduction of Film to the Mid-1920s” by Ingrid Stigsdotter. 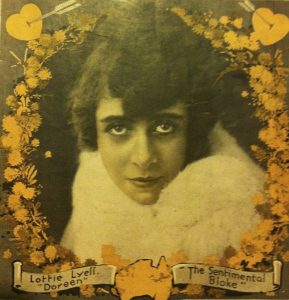 Lottie Lyell in The Picture Show promotion for The Sentimental Bloke (1919). AUC