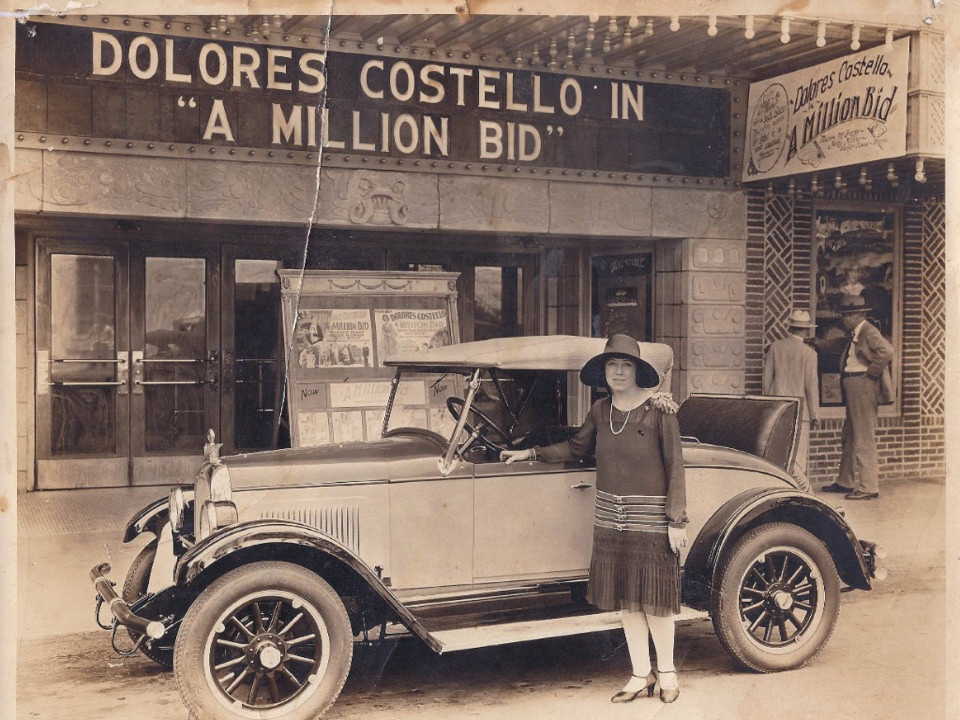 Hazel Burnett, as she was primarily known, was a theater accompanist who performed in Texas’s biggest motion picture palaces in the 1910s and 1920s. Burnett performed for both cinema and live theater as an organist and pianist. After an early career in Ohio, she moved south, where she played at the Majestic Theater in Austin and the Queen Theater and the Aztec Theatre in San Antonio. Burnett’s life as a cinema accompanist at some of the biggest theaters in the United States is documented by the Burnett Collection at the Harry Ransom Center at the University of Texas, Austin. Named for Josephine Burnett, who donated her grandmother’s music to the Ransom Center, this collection contains a wide variety of Hazel Burnett’s materials, including printed cue sheets and full scores; photoplay albums; sheet music; hundreds of pieces clipped out of The Etude and Melody magazines; and handwritten cue sheets and notes. 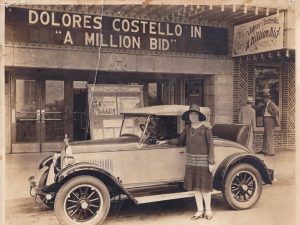 Burnett’s music library and notes indicate that she created many of her scores for accompanying films by combining pieces she already knew well with new works written as characteristic or descriptive pieces for cinema or stage accompaniment. One particularly useful example for understanding Burnett’s practices is her compiled score for the 1920 Paramount film Humoresque, a classic melodrama about a young Jewish violinist. Hugo Riesenfeld, the conductor of several large New York moving picture palace orchestras and a prolific composer for film, created an original score for Humoresque for the film’s premiere, but Burnett, drawing on her own music library, compiled a different one. She used Antonín Dvořák’s “Humoresque” and Max Bruch’s “Kol Nidre” to provide repeated and recognizable themes for the picture, and accompanied the rest of the film with pieces drawn from The Etude and Melody magazines. These magazines catered to cinema accompanists and published numerous short generic or character pieces in each issue. Burnett cut out pieces from the magazine and attached them to other pieces, handwritten cue sheets, or notes indicating their place in a film score. Women frequently published in the magazines, and Burnett clipped hundreds of their pieces out of The Etude. In this male-dominated field, Burnett scored films with pieces written by black English composer Amanda Aldridge, Carrie Jacobs Bond, Esther Gronow, Mae Davis, and others. Audiences in Ohio and Texas who experienced Burnett’s cinematic accompaniments would have heard her original musical accompaniments of Hollywood films with music by women, something previously undocumented in silent film performance. According to documents in the Josephine Burnett Collection, Burnett appears to have sometimes included pieces that would have local resonances into her compiled scores; her Texan audiences would have heard songs by Texan composers and pieces about Texas and the Southwest in Burnett’s accompaniments.

Another example of Burnett’s scores is for the 1922 feature film My Old Kentucky Home. At seven reels, the film ran about seventy minutes. For this score, Burnett used music from several years of The Etude and sheet music. She opened the film with “Plaisantrie” [sic] by film composer Irenée Bergé and used Chapman Tyler’s “Afternoon at the Villa” when the hero arrives at his mother’s home. In keeping with the practice of assigning leitmotivs to characters, Burnett assigned “Merry Hunting Party” by Emil Söchting to the character of Calamity Jane and accompanied workouts at the horse track with “Saltarello” by Richard Goedeler. At the end of the film, Burnett led the audience in a sing-along of the title song. Aside from the Stephen Foster title song, all of the pieces in Burnett’s compiled score were taken from The Etude from between October 1920 and August 1921. According to the regular column “What the Picture Did for Me” in the Exhibitor’s Herald, the film was widely advertised as a picture for the entire family: it did well and ran for several months in large cinemas such as the ones in which Burnett played (1923, 67). At the Majestic in Austin, Burnett’s compiled score for My Old Kentucky Home could have been heard by as many as 3,810 people a day during the height of the film’s popularity: According to the venue’s website, the Majestic Theater (now the Paramount), built in 1915, has a seating capacity of 1,270 (“Venue Rentals” n.p.).

Burnett’s compiled scores indicate that she drew from a variety of genres, using music from the Western art tradition, what we might call “light classical” today, and vernacular song. Most of the pieces she used were widely available either through sheet music vendors or publications marketed for home performance. Although the theaters at which she worked had large music libraries, Burnett used those holdings less frequently than her own personally owned pieces and the clippings from the magazines. This suggests that Burnett required a selection of works she either already knew or could learn quickly for accompanying, and that she was always seeking new music to use in the cinema. The pieces from The Etude and Melody, pitched for wide use (Melody advertised itself as “for the Photoplay Musician and the Musical Home”), were ideal for her needs. The multiple handwritten notes and cue numbers on individual pieces indicates that Burnett maintained some kind of system or had excellent recall for what pieces she had used for what kinds of scenes; it is clear that she re-used both sheet music and clippings in compiled scores for various films.

Although Burnett did not leave any evidence of original compositions or make recordings, the theaters at which she played had seating capacities of at least 750 and held at least three showings per day, suggesting that thousands of people heard Burnett’s film accompaniments every month. Like that of other women in cinema music, Burnett’s influence on helping shape the sound of the American cinema has gone mostly unrecognized. In examining her music, however, we can begin to understand how she created enduring connections between music and image for audiences in Ohio and Texas.