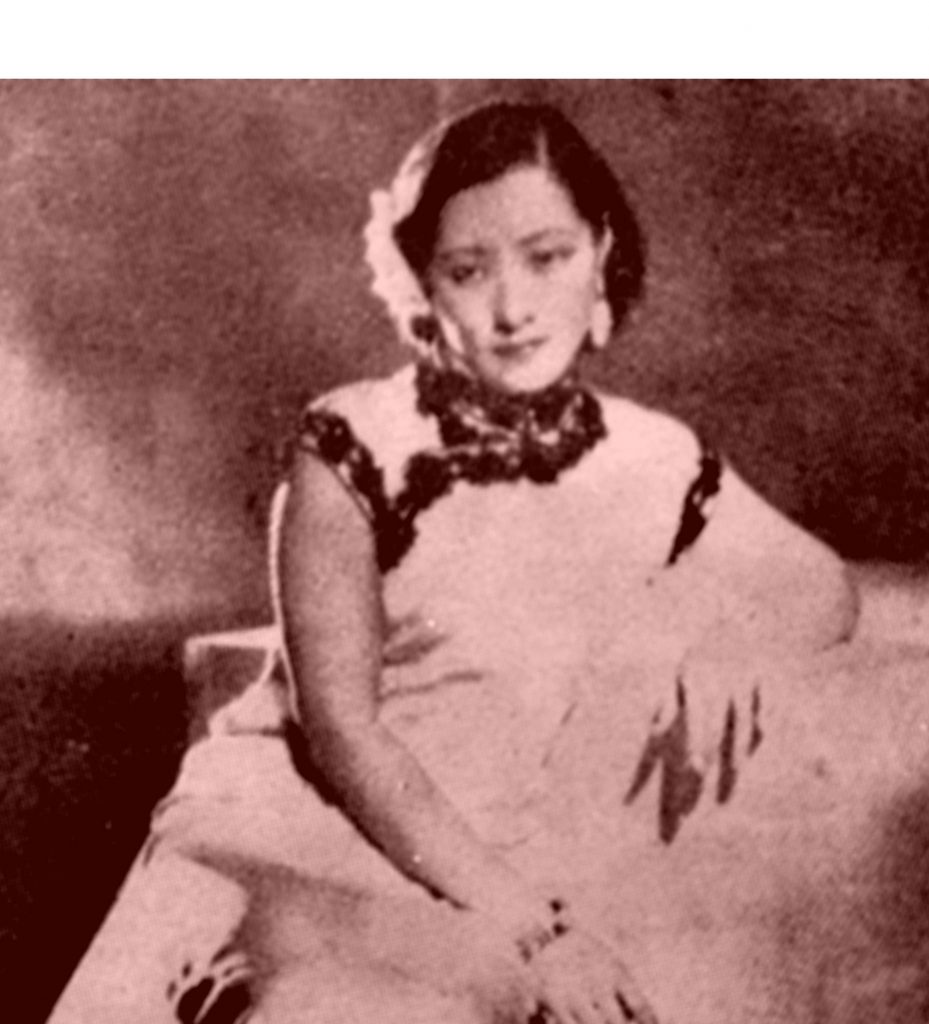 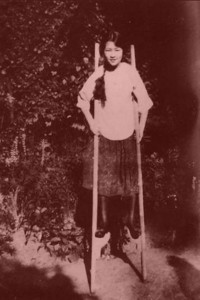 Pearl Ing, or Yin Mingzhu, was the first woman to play the leading role in a film made in Shanghai—the earliest center of Chinese filmmaking. Ing’s original name was Shangxian. Like most children born into upper-middle class families, she also had another name, Longguan. Later, she adopted the name “Pearl” in English, or “Mingzhu” in Chinese (J. Chen 59). Her father died when she was a child, but left her and her mother a lottery ticket that won the grand prize. This windfall allowed Pearl’s mother to move the family to Shanghai, where she went to the prestigious McTyeire School for Girls. As a top student there, Ing learned new ideas and manners. She was good at dancing, swimming, singing, bicycling, driving, and horseback riding (Zheng 15). She adopted her early fashion style from American serial queen Pearl White (Song n.p.), who became very popular in China for films where she played the detective role of “Pearl” and adventurous young women like Pauline in The Perils of Pauline (1914) and Elaine in The New Exploits of Elaine (1915) (J. Chen 59). Ing ordered custom-made clothes and shoes that she designed herself, and these items were often displayed in the windows of tailors and shoemakers as the newest fashion (Zheng 15). Nicknamed “Miss F.F.” (Foreign Fashion), she was already a star in Shanghai’s social circles at seventeen. Ing and her two schoolmates—Fu Wenhao (“Miss A.A.” or Ace Ace) and Yuan Danru (“Miss S.S.” or Shanghai Style)—formed a trio of Shanghai flappers, and were often invited to high-class parties in Shanghai (J. Chen 60). 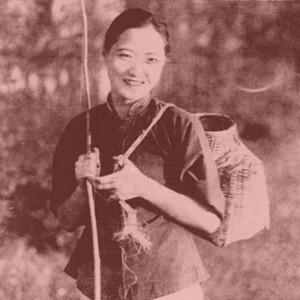 Ing was a young woman with a progressive mind. She was known for persuading girls from conservative families to unbind their feet. At a party, seventeen-year-old Pearl met a young artist who was already famous for painting calendars with beautiful women dressed in modern fashion: Dan Duyu. He had obtained a camera and was about to make his first film. Both Ing and Dan loved Pearl White, and Ing accepted his invitation to be his leading lady (J. Chen 60). In a press article, Ing stated that she was touched by Dan’s determination to make Chinese films about real Chinese life, in order to counter portrayals of the Chinese as thieves and barbarians in Western films. In order to join his cause, Ing decided to “sacrifice herself” (Yin n.p.), suggesting that the idea of women on screen was still seen by many as improper or degrading for middle or upper class women.

In her first role, in Sea Oath (1922), Ing played Fuzhu (literarily meaning “lucky pearl”), a girl from a peasant family who falls for a poor artist. The girl makes an oath with her lover, but later is lured into marriage by her wealthy cousin. At the wedding, she runs away, trying to go back to her love. Rejected, she attempts suicide by jumping into the sea. The artist comes in time to save her. The film’s plot is “very similar to John Griffith Wray’s Lying Lips, which was exhibited in Shanghai in November 1921” (Qin 256). The film also used a set that imitated those used in Western melodramas that caused mixed reviews; but all praised Pearl’s performance (Haishang n.p.). The publicity, however, caused her mother to forbid her from making more films (Zheng 17).

The following year, Ing helped her good friend Fu Wenhao get the female lead—the role of the young widow—in Dan’s next next feature, Ripples of an Old Well/古井重波記 (1923). Fu was credited as “Miss A.A.” on screen. This film was likewise a success, but Fu had made it without telling her parents. They met her wish to continue making films with fierce resistance (Bi and Chen 24; Zheng 22). Yet, Fu, the first woman to obtain a driving license in Shanghai’s foreign concession, did not back down. She appeared again as a supporting actress in Between Love and Filial Duty/新人的家庭 (1925), before settling down as a doctor, and finally, as a tea merchant’s wife. 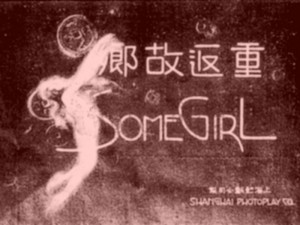 Ing herself was absent from the screen for three years and during this time, Helen Wang, Yang Naimei, Zhang Zhiyun, and Xuan Jinglin became the so-called “Four Amazons” of Star Film Company and made Star the biggest film company in the industry. When Dan invited Pearl back to filmmaking in 1925, her mother gave in, partially because film actresses enjoyed a much better social status than traditional opera actresses. Ing’s comeback film, Some Girl/重返故鄉 (1925), was a so-called “philosophy film” where Ing played the central figure Purity. Seduced by the materialism and glamour of urban life, Purity moves to the city and meets many characters similarly named after certain characteristics of the human condition. More than one critic at the time mentioned that Dan wrote the film expressly for Ing:

The character Purity, embodied by F.F., has both virtue and vanity. She is young and beautiful, having met [a string of characters including] Money (金錢), Seduction (引誘), Pamper (溺愛), Meek (懦弱), Desire (色欲), Enchantment (妖 冶), Might (強權), and Treachery (陰險) in her life. She eventually finds refuge with Honesty (誠懇) and Virtue (貞潔), realizing the truth about life and returns home (Song n.p.; Yihong 1103-4).

Such a “philosophy film” mirrors a dramatic style that involves characters as symbols and does not follow the conventions of traditional storytelling. An example here would be a stage play titled “Daybreak,” written around the same time by China’s first female scriptwriter, Pu Shunqing (Pu 83-98). Some Girl proved too avant-garde in concept for ordinary audiences, but was praised by critics like Yihong, who liked exactly this omission of a traditional scenario (1103-4). 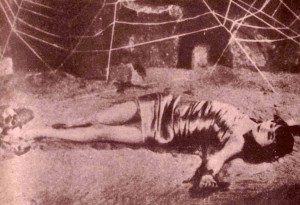 After making Family Heirloom in 1926, Ing and Dan were married. By that time, her first husband, a Frenchman, had returned to France from Shanghai. She refused to go to France with him, so he gave her a settlement for a divorce (Wang n.p.). Ing’s collaboration with Dan, however, was different from that of other film industry couples, in which the director/husband made the actress/wife a star. In their case, it was widely recognized that it was Ing’s fame and beauty that brought Dan his success. Regrettably, Dan was not an inventive storyteller and mostly presented Pearl as an onscreen spectacle. Of the over thirty films the couple produced during their ten-year partnership, the biggest commercial success was the 1927 Cave of the Spider Spirit (also known as The Spiders’ Cave/槃絲洞), adapted from two episodes of the great 19th century Chinese novel Journey to the West. Ing appealed to local audiences in the title role of Spider Spirit by appearing in Dan’s elaborate set along with a cast of half-clad actresses. The film was so successful that a sequel was made shortly after. From existing film synopses and accounts of the time, it seems that Ing was not given many chances to display her talent—other than exposing her pale flesh and playing up her coquettish beauty. As a visual artist, Dan paid particular attention to lighting and was one of the first Chinese filmmakers to use soft light. Thus, his films tend to highlight Pearl’s beauty in sensual and mysterious ways. This was done largely to appeal to audiences’ lower tastes, but was also likely due to the pressure to consolidate their film business. 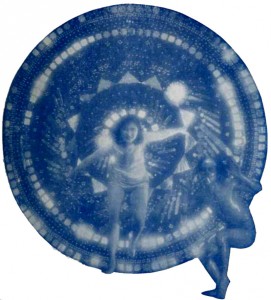 Off  screen, however, her knowledge, intelligence, and  communication skills made her an excellent business partner for Dan. His Shanghai Shadow Play Company almost went bankrupt due to the failure of a film titled Imperial Concubine of Yang/楊貴妃 (1927), because Ing could not play the leading role due to her pregnancy. Ing invested her own savings into the company so it could continue to operate (Wang n.p.; Zheng 41). When the Japanese bombed their studio in early 1932, they were both out of work until she helped Dan set up the Shanghai Talkie Company in 1934. When Shanghai was occupied by the Japanese in August 1937, the family moved to Hong Kong. There, with her English skills, she obtained a bank job, while her husband worked as a cartoonist. After World War II, Pearl faded from the film industry. One of her four daughters who inherited her beauty, Judy Dan, was the champion of 1952’s Miss Hong Kong beauty contest and the second runner up at Miss Universe that same year. Judy made one screen appearance, in The King and I (1956) with Yul Brynner, married a Chinese-American, and has been living in the United States ever since. 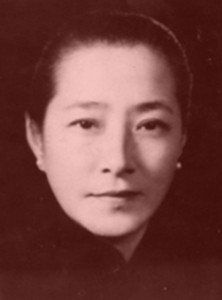 As the first leading actress in China’s first romance film, Ing was one of the few actresses of the era who managed to extend her career for more than a decade. This was partly due to her beauty, but also (and more importantly) because of her professional commitment to her work. In addition to acting, Pearl also played the role of production coordinator on set for the films made by Shanghai Shadow Play Co. from 1928 until the company became a branch studio under the United China Film Group in the later part of 1931. Ing passed away in Hong Kong in 1989.

2. Pearl Ing as as Actress, Investor, and Production Coordinator