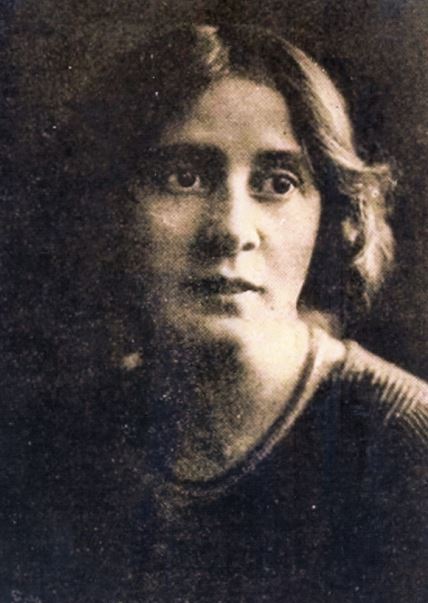 In March 1918, Moving Picture World heralded British screenwriter Mary Murillo as a “remarkable example” of “the meteoric flights to fame and fortune which have marked the careers of many present day leaders in the motion picture profession” (1525). This was more than just promotional hyperbole, since, in just four years, Murillo had penned over thirty features, including a highly successful adaptation of East Lynne (1916) starring Theda Bara and the original story for Cheating the Public (1918), “which proved a sensation” at its New York debut according to Moving Picture World (1525). Murillo wrote or adapted over fifty films from 1913 to 1934 in the United States, England, and France, including slapstick comedies, melodramas, fairy tale adaptations, and vehicles for female stars such as Bara, Ethel Barrymore, Clara Kimball Young, Olga Petrova, and Norma Talmadge. As a scenarist, her range included several films focused on contemporary issues—gender equality, women’s suffrage, economic progressivism, and labor reform—while others, such as the child-oriented adaptation of Jack and the Beanstalk (1917), seem to have been meant to appeal as pure escapism. In the latter half of her career, Murillo left the United States for England where she joined several ventures, but never equaled her American output. 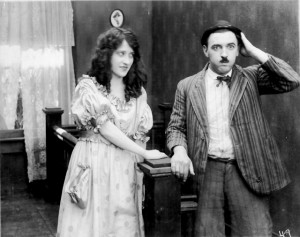 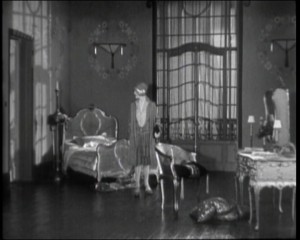 Born in January 1888 and educated at the Sacred Heart Convent in Roehampton, England, Murillo immigrated to the United States in 1908 at the age of nineteen (“Mary Murillo, Script Writer” 1525; McKernan 2015, 80). As her travel documents list her occupation as “actress,” this suggests that Murillo, like so many others, first planned to make her mark in front of the camera rather than writing for it (n.p.). She got her start in the entertainment industry the following year as a chorus girl in the Broadway production of “Havana” according to the March 1918 Moving Picture World article (1525). This was along with her stepsister Isabelle (Isabel) Daintry (Williamson), who would also appear in The Minister (1916), an early feature written by Murillo. United States census records tell us that by 1910 Murillo was living near the New York theater district and still attempting to make her living as a stage actress. A June 1917 article in Motography highlights that she found work in touring productions and as a member of Annie Russell’s Old English Comedy Company, yet Murillo’s stage career proved short-lived (1262). According to Moving Picture World, Murillo made the transition from actress to screenwriter when husband-and-wife team Lois Weber and Phillips Smalley accepted her first slapstick comedy story; however, there is no record of her involvement in any Weber-Smalley production (1918, 1525). Rather her first screen credit was for the Reliance Film Company two-reeler romance The Dress of Lolita (1913), according to an advertisement in Bonham Daily Favorite (1913, 1) followed by the one-reel Vitagraph comedy A Strand of Blond Hair (1914). 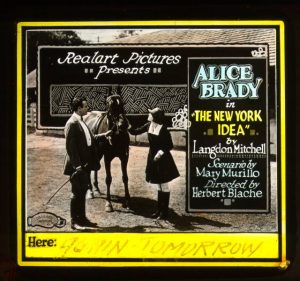 Sources, like Moving Picture World, suggest that she was a hustler from the start, since in October 1915 Murillo was working as a scenario editor at the Eastern Film Corporation based in Providence, Rhode Island at the same time her first feature, The Little Gypsy (1915), premiered (1915, 246). The Little Gypsy constitutes an interesting moment in Murillo’s career, not only because it marked the beginning of her seven-year affiliation with the Fox Film Corporation—the first half of which she served as the company’s chief writer—but also because it points to Murillo’s status as something beyond that of a contract screenwriter at this early stage. While Motion Picture News effaced Murillo’s contribution altogether and attributes The Little Gypsy screenplay to Walter Dare (1915, 92), a critic for Moving Picture World identified Murillo as co-director on the production along with credited director Oscar Apfel (Denig 1915, 631). 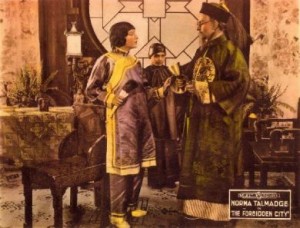 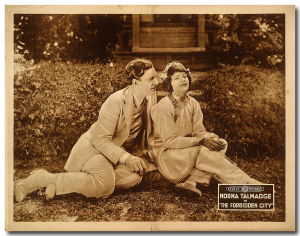 Following The Little Gypsy, Murillo went on to write twenty-seven more features for Fox, including five starring Theda Bara, and by March 1918 it was reported in Motography that she was making a yearly salary of $25,000 (464). In June of that same year, Moving Picture World announced that Murillo was hired to write starring vehicles exclusively for Norma Talmadge’s production company (1871). Several of Murillo’s Talmadge films are still extant and demonstrate both women’s willingness to take on controversial topics when adapting stage material for the screen. Both The Forbidden City (1918) and The Heart of Wetona (1919) explore the conditions and repercussions of interracial love and romance. In The Forbidden City, Talmadge plays a double role as two Asian protagonists (a Chinese mother and her Chinese-American daughter) who both fall in love with American men. In The Heart of Wetona, Talmadge’s mixed-race Native American heroine loses her virginity to a white cad outside of wedlock. The Passion Flower (1921) was equally daring in its subject matter, depicting incestuous love between a Spanish stepfather and stepdaughter. 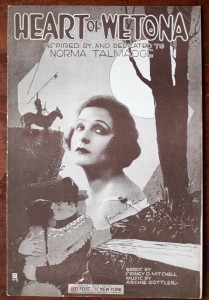 After her affiliation with Talmadge ended, Murillo again attempted to parlay her considerable experience into sustained collaborations with new companies on the rise. In June 1921, according to Film Daily, Murillo signed a contract with British-owned Robertson-Cole Pictures, the production arm of Film Booking Offices of America, for $300 a week (1924, 12). However, no R-C films produced during her contract  bear her screen credit and the Film Daily article goes on to explain that three years later she would sue the company for back pay. Rather Murillo finished her American career with two more films for Fox, repartnering with frequent collaborator Herbert Brenon for Moonshine Valley (1922), in what appears to have been her final Hollywood film. By 1924, Murillo had moved back to England and was writing for Stoll Pictures and that same year she was hired to write a script with American appeal for the Charles de Rochefort vehicle La princesse aux clowns (1924) (Foley 1926, 95). It may have been through this production that Murillo met her partner, cinematographer Maurice Velle, the son of French silent film director Gaston Velle, with whom she would have two children although they never married (McKernan 2015, 88-89). In May 1928, after a stint at the British Lion Film Corporation, it was reported in The Yorkshire Post that Murillo joined the production council of the fledgling Louis Blattner Picture Corporation along with German director Lulu Pick and Rex Ingram (17), but she is not credited on any Blattner productions and the company declared bankruptcy four years later. 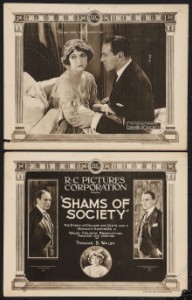 The final years of Murillo’s career were marked by further struggle to get her scripts filmed and receive credit for those that were produced. In July 1929, it was announced in The Yorkshire Post that Murillo had written what would have been her first sound film, an adaptation of Ouida’s Moths starring British tenor Thomas Burke, however there is no record that the film was completed (8). In addition, although the British Lion film The Ringer (1928) does not credit Murillo, in February 1929, The Yorkshire Post noted that she gave evidence in a suit brought against the production company that alleged that she had been forced to “write a new story” rather than faithfully adapt the Edgar Wallace novel (14). And in September 1930, Variety revealed that she sued Pathé-Natan for story credit for the Maurice Tourneur sound film Accusée, levez-vous! (1930) (7). Although Murillo wrote her last credited scenario for Sinclair Hill’s comedy My Old Dutch (1934), she remained active in the film industry as managing director of the short-lived Opticolour company, which attempted to market her partner Maurice Velle’s Franchita-Realita color process in Britain (“Thomas Bazley’s Evidence” 1; McKernan 2015, 88-89). 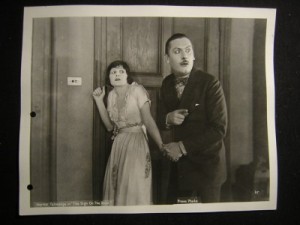 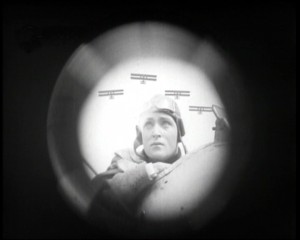 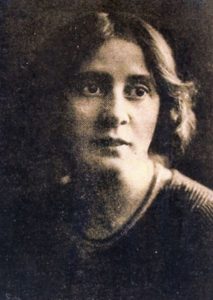 Based on these accounts, Murillo offers an example of a well-educated, fiercely independent woman who rose to prominence in the early feature film era and then struggled to find work during the transition to sound. From what can be discerned from the existing records, her scripts struck a balance between putting forth her own point of view and producing work for hire. In an August 1920 statement in Motion Picture News about her adaptation of Landon Mitchell’s divorce comedic drama The New York Idea (1920), Murillo offered a rare personal insight, stating, “the love of children is not so everlasting and binding that it should be dragged into every divorce court story, and there is no doubt that many children are better off in a reliable school than with parents who are continually nagging each other” (1700). Herself a product of British boarding schools, Murillo’s promotional spin suggests how she drew on her own experience even when adapting others’ works. Indeed, according to box office reports and critical reviews, Murillo’s greatest successes were adaptations while her own original stories and screenplays were at times criticized as confusing and political. In particular, the June 1919 Variety review of The Other Man’s Wife (1919), a lost film which opened with a dedication to the “women who proved during World War I that they were equal to men,” questioned whether the film was a misplaced “propaganda stunt for women suffragists,” since “certainly a more blatantly crude bid for the approval of women who have banded together to assert their superiority to men has rarely been made in these parts in a picture, a piece of writing or a speech” (50). The reviewer’s swift exoneration of director Carl Harbaugh, who “is far less to blame for the [film’s] many faults than Mary Murillo,” suggests that at the time a well-known female screenwriter like Murillo became a film’s discernible driving force when a feminist agenda came to the fore. And as her frequent bouts of litigation attest, there may be further films that she had a hand in as her name alternately served as a scapegoat, promotional tool, and something to be elided depending on the project and the subject matter.

The Forbidden City (1918) is streaming online via Amazon Prime

The Forbidden City (1918) is streaming online via the Internet Archive

While a number of online sources credit Murillo with writing the 1917 extant film, Love Aflame, and the 1918 Moving Picture World biographical sketch credits her with the scenario for Babes in the Wood (1917) (1525), these attributions are not currently verified through additional sources.

Future researchers should note that there was another Mary O’Connor, full name Mary Hamilton O’Connor (1872-1959), who was also a scriptwriter for American films in the 1910s and worked for a time in British films in the early 1920s.