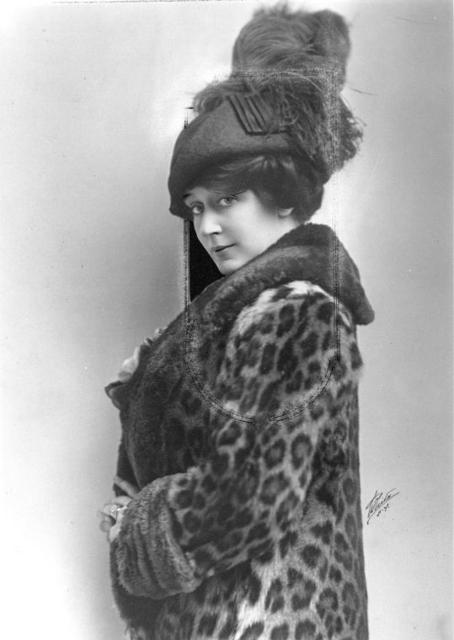 As a girl in England at the turn of the century, Olga Petrova (born Muriel Harding) felt stifled by her father’s strict rules. According to her memoir, Petrova’s father told her that while she lived in his house and ate his bread, he would set the rules. Petrova was determined to live in her own house and eat her own bread (Petrova 55-56). Her success in reaching this goal, and more, is reflected in the title of her memoir, Butter with My Bread. 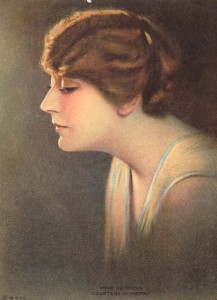 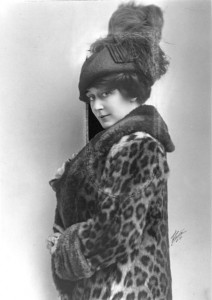 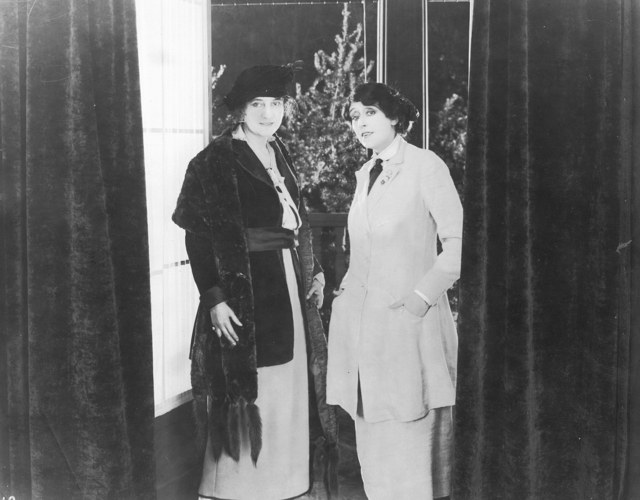 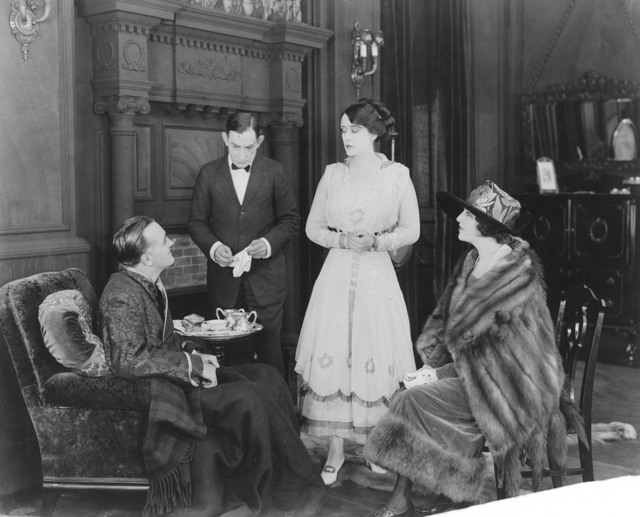 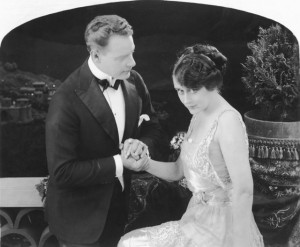 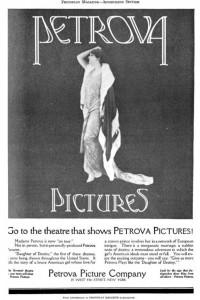 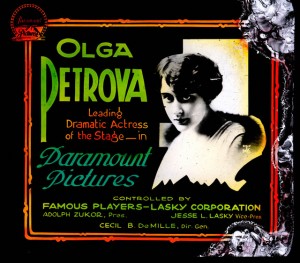 According to her memoir, Petrova’s desire for independence led her to run away to become a governess, but it is sometimes difficult to tell the mythmaking from reality in Petrova’s writing. She eventually met a theatre agent and became a successful actress in musicals and vaudeville in both London and New York. She likely chose the stage name Olga Petrova herself and created her own back story as a glamorous Pole or Russian. Later Hollywood publicity claimed that the studio created this persona, but press clippings and her memoir suggest that Petrova used the name on the stage.

Petrova began her film acting career in The Tigress (1914), directed by Alice Guy Blaché, whom she describes as wearing a “silken glove” but “capable of using a mailed fist” in the short piece, “A Remembrance” (102–103). Initially, Petrova did not care much for acting in films, complaining about having to play weak female characters and having to spend so much time waiting around. According to her American Film Institute Catalog credits, she made several films for Popular Plays and Players between 1915 and 1917. She made The Undying Flame (1917) and two additional films with director Maurice Tourneur, whose work she respected. In 1917 she established her own production company, Petrova Pictures, so that she could have more control (Hanson 1988, Vol. 1, 252, 506, 969). Alison McMahan says that although Petrova had a contract with First National Exhibitors’ Circuit for eight films, only a handful were made, and after these she returned to stage acting (McMahan 2002, 184).

Like many other silent actresses, she wrote several of her own screenplays. Her first credit was for the Blaché film The Vampire (1915). In the film trade press, Petrova was a vocal critic of the kind of female roles then available. She told the Motion Picture News that she disliked the “simpering, gushing ingénue” and preferred to play “the woman of today: a modern, quick thinking and wholly human woman” (2176). She confessed to Thomas Fulbright that, “The reason I started writing some of my own stories was because I wanted to portray the self-reliant, self-supporting woman.” Petrova wrote, for example, the scenario for More Truth Than Poetry (1917), which advocated a single sexual standard for men and women. Most of her other films, however, seem to be fairly traditional “love wins in the end” stories.

In her memoir, Petrova wrote that she was proud of the “self-reliant, self-supporting professional women” that she played in More Truth Than Poetry (285). She was also a skilled self-publicist and promoted this same image via fan magazines and the popular press. The Motion Picture News story plays up the busy career woman image, as Petrova “kept appointments every fifteen or twenty minutes in the day with business men, lawyers, and ‘modistes’ and handles everything from writing scripts to costumes” (2176). In her motion pictures and her public image, Petrova promoted a liberal feminist ideal, in which women could seek individual fulfillment and independence. In a 1917 Photoplay article she said, “I am a feminist. By that I do not mean that women should try to do the work of men. They should merely learn to do their own work, live their own lives, be themselves, with all the strength that is in them” (27). The example she set with her own life, achieving both bread and butter, attests to the power of this idea.

2. Olga Petrova as Screenwriter and Actress

2. Olga Petrova as Co-Screenwriter and Actress

3. Olga Petrova as Storywriter and Actress

FIAF's Treasures from Film Archives database links Olga Petrova to A Dream of Fair Women (Wilfred North, 1920), an extant film held at the George Eastman Museum. According to the February 28, 1920, issue of The Moving Picture World, the film is a short subject that features the winners of a fan magazine beauty contest, which was judged by Hollywood luminaries like Petrova, Cecil B. DeMille, and Mary Pickford (1472). However, based on this article, it does not seem as if the judges are a part of the film itself, given that the scenario reportedly has the finalists re-enacting elements of Alfred Tennyson's poem of the same name. Rather, it seems as if Petrova's name, along with the other judges, was used in publicity for the film (and the contest), and she did not actually appear onscreen in the film.

FIAF's Treasures from Film Archives database also credits Olga Petrova on two Russian films: Uhod Velikogo Starca (1912) and Tripol'skaja Tragedija (1926). Given that Petrova is a common name in Russian, it is unlikely that the O. Petrova credited on these films is the same British-born Olga Petrova whose film career in the United States began around 1914. According to conversations with Yuri Tsivian, neither O. Petrova is our Olga Petrova, and Tripol'skaja Tragedija actually stars Yevgenia Petrova, a star of Ukrainian theater and film.