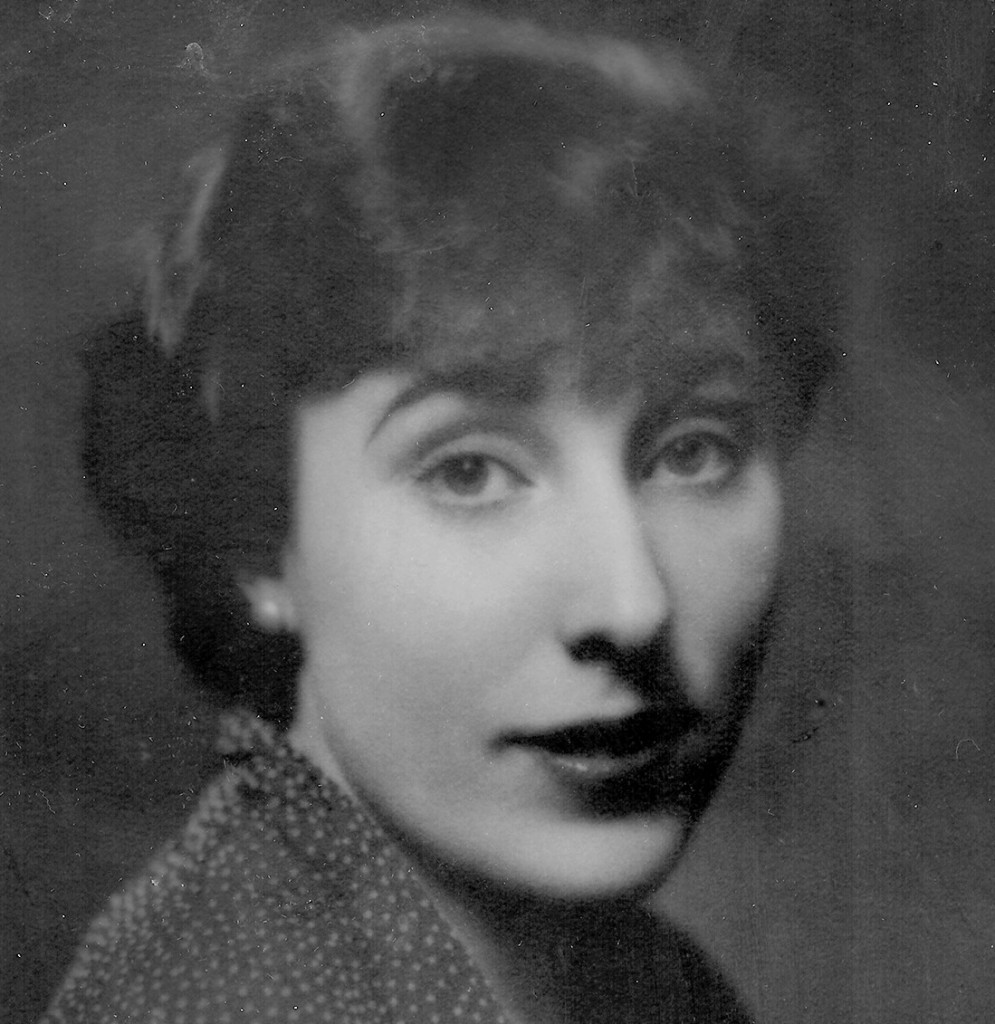 Mary Manning was one of a handful of women active behind the camera in Ireland’s two waves of silent film production. Between 1914 and 1926, a prolific mass-market industry specialized in popular film genres like historical melodramas and romantic comedies and dramas. Ellen O’Mara Sullivan (co-founder of and producer at Film Company of Ireland, 1914-1920), Margaret T. Pender (source writer, O’Neil of the Glen, 1916), Ulster novelist Mrs. N. F. Patton (adapter, Knocknagow, 1918), and Dorothy Donn-Byrne (source writer, Land of Her Fathers, 1925) were the female pioneers in this first wave. Between 1930 and 1935, a second silent industry produced more experimental, less commercial films, extending this second silent era well beyond the 1927 advent of sound in the U.S and much of Europe. In addition to Manning, women filmmakers included Lettice Ramsey and British- born Frances Baker Farrell who designed sets (Some Say Chance, 1934) and Gate Theatre actress Maírín Hayes who edited (Guests of the Nation, 1935). Scholars offer few details on Manning’s contribution in this second wave, though she appears to have been one of the driving forces behind five of the six films produced. In her brief, but significant film career, Manning was a screenwriter, adapter, director, assistant director, and actress who also worked on props and casting. In addition, she was a film critic and a founding member of an art house film society and an amateur filmmaking club. 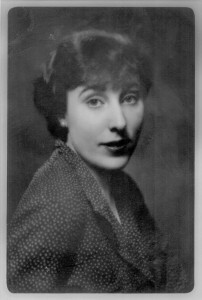 Manning’s film work evolved out of a broad interest in the arts. Born in Dublin in 1905, she briefly studied painting in London. Back in Dublin, she apprenticed under actress Sara Allgood at the Abbey Theatre. As Ireland’s official national theatre, the Abbey was at the center of the country’s cultural renaissance in the 1920s. According to scholars, the theatre asserted nationalist pride through its productions of Irish-themed plays by local writers avoiding traditional Irish theatre’s romanticized view of nationalist struggles and stereotypes of the Irish as deferential rogues and vulnerable maidens (Trotter 38-39). Manning contributed to this new aesthetic as a regular member of the Abbey players and later the newly-formed Gate Theatre in 1928, where she both acted and wrote plays. She saw her time at the Gate and the early 1930s as a period of “intellectual creativity which I’ve never known again” (Manning 1978, 39).

By the late 1920s and early 1930s Manning also was reshaping Ireland’s cinematic landscape, initially as a film critic and later as a filmmaker. Her interest in motion picture film was in keeping with the trend of many theatrical artists from the Abbey, the Irish Theatre Company (formerly the Abbey players), Trinity College Dramatic Society, and the Gate Theatre who recognized the potential for cinema to carry on the period’s cultural initiatives (Rockett 1988, 24; Barton 23, 27). As a film critic for the Irish Statesman from 1929 until it folded in 1930, Manning kept a watchful eye on British and American film imports. In “Dublin Cum-Elstree” and “What Is the Wild West Saying?” she was particularly disapproving of the Hollywood model of filmmaking with its unimaginative stories and its stereotypical portrayals of Ireland and the Irish (1929, 254-56; 1930, 497). In “A Silent Interlude” she also criticized Hollywood for its failure to evolve as an art form, praising continental European cinema for its growth and experimentation (1929, 72–73). Throughout the magazine, Manning was equally disparaging of the Irish government’s lack of support for the creative arts, including film.

In an effort to influence the kinds of films Ireland imported, Manning co-founded the Dublin Film Society in 1930 and served as its secretary. Funded through subscriptions, the society screened European art house films not typically found in the picture houses of Dublin and the Provinces. This attracted the attention of J. N. G. (Norris) Davidson and together they formed Irish Amateur Films (erroneously referred to in some sources as the Irish Film Society). This small group of amateurs made four films in 1930. The full extent of Manning’s involvement in two of these, Pathetic Gazette (1930), a satire on the legend of Cuchulain and Deirdre, and Screening in the Rain (IFA, 1930), a short about the Gate Theatre’s annual garden party in the Spanish Embassy gardens, remains a subject for further research. However, given the group’s fostering of collective filmmaking and acknowledgement of both Manning and Davidson’s joint leadership in the company, according to the Dublin Evening Mail in 1930, Manning probably worked in some capacity on these productions (2).

“From Lantern to Slide Show,” an episode of Ireland’s national public service broadcaster’s 1995 television series Memories in Focus, and newspaper clippings of the period provide more information on Manning’s work on the other two films. She directed Bank Holiday (1930) an amusing actuality on Irish holiday-makers, and was assistant director to director Davidson on By Accident (1930), a psychological study of a young man’s fear of death and his obsession with a woman. Manning also had a small role in this film and worked on casting, discovering the female lead, Olive Purcell, in a book-binding factory, according to The Sunday Chronicle that year (n.p.). Advertisements in the Irish Times and the Irish Independent indicate that all except Screening in the Rain were shown at the Peacock Theatre on August 25-30, 1930. The films also enjoyed an enthusiastic reception in local newspapers. Critics noted the amateur quality, but praised the films for their technical experimentation. In an Irish Times interview on August 26th, 1930, Lennox Robinson, who earlier worked with Manning at the Abbey, noted these films were the “beginning of an intelligent making of Irish pictures by intelligent Irishmen” (6).  Manning’s Bank Holiday was singled out by the Irish Independent as “a far less ambitious attempt than ‘By Accident,’ but one which shows a shrewder appreciation of the present limitations of Irish amateur films and considerable skill in making the best use of them” (1930, 10).

Irish Amateur Films on location. Courtesy of the National Library of Ireland.

Manning continued to explore the dramatic possibilities of motion picture film with Guests of the Nation (1935). Discussions between Manning and fellow Gate artist Denis Johnston in 1932 led to the making of the film (Adams 126). Set in 1921, the film is based on Frank O’Connor’s short story about British prisoners and their Irish captors in a remote rural cottage. The film was shot with basic equipment and makeshift sets during the next two years. Johnston directed and the crew consisted of Manning’s brother, cameraman John Manning, and artists from the Abbey and Gate. Manning was responsible for some of the logistics. According to the Memories in Focus episode, “Irish Productions Find Their Feet,” she secured armored cars from the British army. In his diaries, Johnston explains that she also averted a raid by the IRA’s Gilmore Brothers who spotted guns on the set (“3rd Omnibus X Book”). In addition, she wrote the screen treatment and adaptation. As in the original story, Manning avoided the idealized view of Ireland’s struggle with Britain; however, rather than limiting the point of view to one of the IRA guards, as O’Connor does, Manning gives the old woman who runs the cottage a perspective on the Anglo/Irish conflict. Finally, Manning added an additional character, a female IRA courier, a role that reflected the kind of work women activists assumed during the Anglo/Irish War (1919-1921). Manning’s interpretation gave voice to women who had participated in Ireland’s nation-building – a voice absent from both official history and literature (Casella 57-58, 68). Guests of the Nation was screened at the Gate Theatre on January 20, 1935 and to this day is still exhibited in private and art house venues.

Throughout the shooting of Guests of the Nation, Manning continued to work as a film critic, this time for the Gate Theatre arts magazine, Motley. She co-founded the magazine in 1932 and was editor and contributor throughout its two-year run. She tackled film censorship and crippling duties on Dublin screenings in “Why Not a Repertory Cinema?” (14). Manning again praised continental Europe for its focus on art over commercial cinema and criticized American cinema for uninventive filmmaking in “Hail Veidt!” (11) and “The Fairchild Family at the Films” (12-14). She periodically asserted the need for a stable indigenous film industry backed by both government and the picture houses. Without this, Manning feared a true Irish cinematic voice would slowly disappear as she wrote in “The Voice of Ireland” (15). Her fears were well-founded. Following Guests of the Nation, the silent era came to a close and indigenous productions ground to a halt, although one might reflect that extending non-synchronous film production well into the 1930s helped to extend the life span of early Irish cinema. Except for a few sporadic productions, many in collaboration with foreign companies, and the nationalist work of Gael Linn in the 1950s and 1960s, there was no steady indigenous film industry in Ireland until the 1970s (Rockett 1988, 46, 71-126). 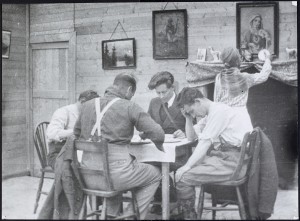 After the 1935 screening of Guests of the Nation, Manning moved to the United States. Research thus far gives little indication as to why she left both Dublin’s theatrical and film scenes. She mentions in Enter Certain Players that the Gate community of artists was starting to splinter (39). Her family suggests that financial insecurity and the political difficulties in Ireland may have contributed to the move. Manning settled in Boston where she married lawyer Mark de Wolf who had worked as second assistant director for Paramount Studios in the late 1920s. Shortly after, her 1938 play “Storm Over Wicklow” was produced by BBC television. She continued writing plays, both original and adaptations, and added three novels to her writing credits. She maintained her commitment to a less-commercial art scene as managing director of the Idler Theatre at Radcliffe College in the 1940s and as one of the founding members of the Poet’s Theatre in Cambridge in 1950. After her husband’s death in 1967, Manning moved back to Dublin for ten years where she was theatre and book critic for the Irish Times and Hibernia. Her only film work was as a writer on Mary Ellen Bute’s Passages from James Joyce’s Finnegans Wake (1967) based on the 1955 “The Voice of Shem,” Manning’s stage adaptation of Joyce’s novel.

Mary Manning died in Boston in 1999. Her obituaries list her plays and novels and note her contribution to Dublin’s theatrical and Boston’s literary scenes, but rarely mention her films. Scholarship has been equally reluctant to explore the extent of her contribution to the film industry in Ireland, though sufficient archival material, family history, and periodicals are available for study. There is still much to be learned about this film artist who advocated for an indigenous Irish industry of filmmakers committed to experimenting with film as an evolving art form.

Neither the Irish Film and Television Research Internet Database nor the BFI clarifies Manning’s contribution to either Screening in the Rain or Pathetic Gazette. However, newspaper articles of the period continue to note the collective work of the Irish Amateur Films, particularly the joint contribution of Davidson and Manning. Also, her comments in RTÉ’s Memories in Focus continually refer to “we” when discussing Irish Amateur Films.

A review in the Norris Davidson file (Liam O’Laoghaire Archives) notes that Manning assisted director Davidson on By Accident, though there is no other confirmation of this credit.

The American Film Institute Catalogue credits Manning with the screen treatment for Passages from James Joyce’s Finnegans Wake (1967) while the Irish Film and Television Research Online database does not distinguish among the film’s writers.