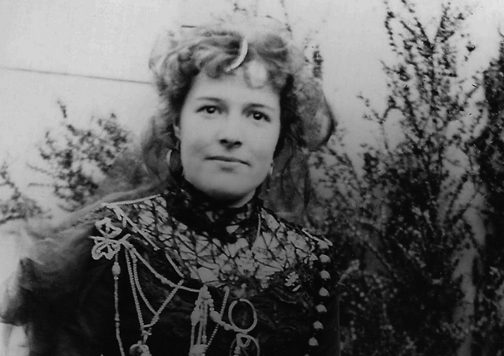 Mrs. M. T. Pender was a prolific Ulster fiction writer and outspoken nationalist whose serialized novel, O’Neill of the Glen (1891), was the source for the Film Company of Ireland’s (FCOI) first indigenous Irish feature, O’Neil of the Glen (1916). The FCOI was incorporated in March 1916 with the goal of producing Irish films with Irish themes and an all-Irish cast and crew, according to “Irish Film Production” (1916, 6). The Irish Limelight reports in “What the Irish Film Co. is Doing,” however, that never-released work was destroyed in the Dame Street office fires during the Easter Rising in April: “… the first three months work was wiped out in a week” (1917, 3). The FCOI immediately resumed production and O’Neil of the Glen was released to censors and the press in June, exhibitors in July, and the public in August. It is widely regarded, then, as the company’s first production. Founded and managed by Jim Sullivan and Ellen O’Mara Sullivan, the FCOI went on to produce highly nationalist films until 1920 when O’Mara Sullivan died. Pender’s writing, which promoted Irish culture and advocated a free and united Ireland, appealed to the company’s nationalist leanings. 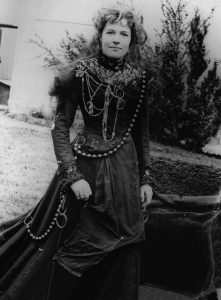 Pender’s literary upbringing and the political turmoil of the period shaped her writing. She was born on a small farm in Killead, County Antrim, Ulster province, in what is now Northern Ireland. Alexander Millar, descended from Pender’s maternal line, notes in “Discovering Mrs. Pender,” that her father was a poor Roman Catholic farmer, while her mother came from a landed Presbyterian family that disowned her when she married (49-50). Pender was raised as an Irish Catholic patriot in a literary household and went on to train as a school teacher (50). During her lifetime, Ireland was plagued by land disputes and early struggles for independence from Britain, both of which became the subject of her poetry, non-fiction, and fiction. “The Irish at Gallipoli,” like her other poetry, celebrates Irish nationalism, in this case the country’s contribution to international struggles (1916, 2). The non-fiction essay, “Some Men and Episodes of ’98,” honors early Irish rebels and advocates for a united Ireland (1897, 123-26). She also lectured on these subjects, particularly for the Belfast branch of the Nationalist Association of Irish Women, later the Irish Women’s Centenary Union (Urquhart 91-92). Pender’s fiction is equally nationalistic, portraying British antagonists, Irish victims of colonial rule, and Ulster resistance. One of her more well-known novels, The Green Cockade: A Tale of Ulster in Ninety Eight (1898), tells the story of the Battle of Antrim during the Irish Rebellion of 1798 from the rebel’s point of view. In addition to her novels, she frequently contributed fiction to both newspapers and “story papers” (illustrated literary periodicals). Her fiction appeared regularly in the Irish Independent, Dundalk Democrat, Leinster Leader, and Shamrock. The latter featured the first installment of O’Neill of the Glen on page 1 of the August 1, 1891 edition. The serial ran for 24 weeks until December 12, 1891.

Pender, then, had already made a name for herself as a poet, fiction writer, and political spokeswoman, when W. T. Lysaght adapted her novel for the FCOI production. The film opened at the Bohemian Picture Theatre in Dublin on August 7, 1916. An advertisement in the Irish Times enticed Dubliners by informing them that a camera man would be taking moving pictures of the audience to be later shown on the screen: “Don’t miss this chance of seeing what you look like on the Screen” (4). Unfortunately, there are no surviving prints, but reviews and announcements suggest it stayed close to the original Shamrock serial. (“O’Neil” and “O’Neill” are both used in advertisements and press coverage for the film.) The column “Stage and Gallery” in the Dublin Evening Mail notes the film is set in Ulster and tells the story of a romance between Don O’Neil, the son of a landowner, and Nola, the daughter of a solicitor who swindles and murders Don’s father (5). Nola is tormented by a suitor, Graves, who threatens to release this information, but is eventually subdued by Don. The film’s nationalism centers on the O’Neils, proud Irish landowners, whose property is threatened by “outsiders”–a thinly veiled reference to the Land Wars in the second half of the 19th century. The Film Company of Ireland regularly explored this conflict between the Irish (both tenants and landowners) and often absentee British landowners. 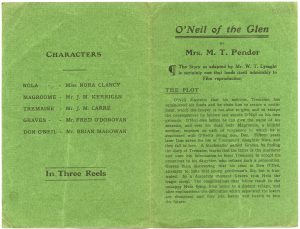 O’Neil of the Glen (1916) film program. Courtesy of the Irish Film Institute.

Research thus far indicates that Pender was not involved in the film’s production. However, her name was consistently used in promotional material, and the film drew crowds throughout Dublin and the provinces from August through December of its initial run. An early program highlights her authorship on its first page: “O’Neil of the Glen By Mrs. M. T. Pender,” mentioning Lysaght in the line beneath. The Irish Times also assigns her authorship in “Irish Film Production” (6). And an advertisement in the Kerry News refers to O’Neill of the Glen as a “Homeland Production” by Mrs. M. T. Pender (2). Great Britain’s The Bioscope, the only trade journal covering Irish filmmaking until January, 1917 and the first issue of The Irish Limelight, recounts how the film garnered attention in Dublin and the provinces. In the column “Ireland. With Renters and Exhibitors,” a writer going by the name Paddy notes queues outside the Dublin’s Bohemian Picture House each night (655). Our Dublin Correspondent reports “crowded houses” all week in Dublin for “the famous story by Mrs. M. T. Pender, the eminent Ulster novelist” (689). The film was equally popular in Ulster. Paddy states that 10 runs were scheduled in Belfast that fall (1060). Newspapers also picked up on the film’s popularity. According to “O’Neill of the Glen” in Tralee’s The Liberator, “Enormous crowds are expected to-night, tomorrow night and Saturday to see the glorious work of Mrs. M. T. Pender on the Picturedrome screen” (2). The writer lauds her as the greatest woman writer of the Irish race” (2). The success of O’Neil of the Glen prompted the company to market some two-reel comedies and dramas in 1916 alongside the film, according to an advertisement in The Bioscope (754) and Paddy’s “Ireland. With Renters and Exhibitors” (1060; 1285; 518). Revivals later appeared at Dublin’s Rotunda and Corona Cinema (“Picture Houses” 6; “O’Neil of the Glen” 2).

Pender continued to use her writing to promote the Irish nationalist cause until her death in 1920. Reprints of her novels were published in the 1920s and 1930s. And in 1962, the RTÉ aired a radio adaptation in Gaelic of An Cnota Glas, The Green Cockade. Obituaries speak fondly of her patriotism and the popularity of her fiction writing. According to the Irish Weekly and Ulster Examiner’s “Mrs. M. T. Pender Dead,” she was “for many years, the centre in Belfast of a brilliant group of literary and political enthusiasts many of whom have since won enduring fame” (1920, 6). Though the adaptation of her novel marked the birth of indigenous feature filmmaking in Ireland, obituaries, reviews of her fiction, and coverage of her political activism fail to mention her contribution to Ireland’s early film industry.

The RTÉ online archives list only one air date for Pender’s An Cnota Glas, The Green Cockade. Research in the online Irish Newspaper Archives yields no results. Breeda Brennan, Archive Sales Radio, at RTÉ indicates that there are no references to these dates in their Radio Archive Collection (paper). However, her own records list the following, in addition to the June 26, 1962 airdate: July 3, 10, 17, 24, 31, 1962 (E-mail Correspondence. 16 August 1917).