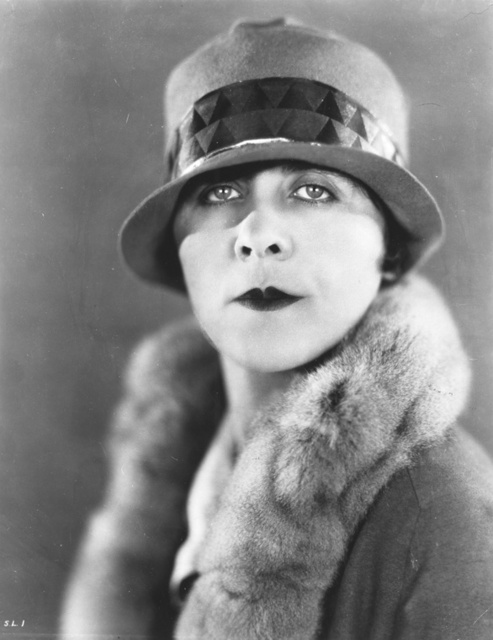 From a poverty stricken immigrant to one of Hollywood’s highest paid screenwriters, Levien’s life exemplifies the opportunities available to some women during the silent era of filmmaking. Born Sonya Opesken in 1888 in Panimunik, a small Jewish village within the Russian Empire, she emigrated with her family to the Lower East Side of New York, where her father had taken the name of Levien. Sonya grew up in a politically leftist household, which informed her early life, but which seems to have had little lasting influence on her screenwriting. However, the experience of poverty never totally left her; she wrote in an article published in 1918 in the Metropolitan: “A feather-duster factory swallowed up my teens at four dollars a week… If I would live I must escape from the East Side. If my body did not die, my mind and spirit would” (8).

According to her biographer, Levien dropped out of high school to help support the family. However, later, in 1906, she attended New York University Law School, graduating in 1909. Realizing that law was not her métier (she claimed she would not make a good lawyer because she was too sympathetic and her emotions were too near the surface), she held several secretarial jobs, especially in the magazine publishing business and then began to write her own stories. This period, the early teens, was especially open to young professional women with talent. In 1917 she married Carl Hovey, the son of a Bostonian first family, who was coeditor of the Metropolitan, a magazine for which Levien wrote many stories and articles. They produced two children (Ceplair 55–56).

During the early teens, Levien’s writings reflect her support of the Women’s Suffrage Movement and other liberal causes. At the same time she wrote melodramatic stories about immigrant families. One story, “Baby Doll,” was purchased by Famous Players-Lasky and was made into the feature motion picture The Top of New York (1922). Prior to this, Levien, working as a freelance writer, receiving story credit for three films including Cheated Love (1921)—a remake of The Heart of a Jewess (1913)—produced by Universal Film Manufacturing Company. The story expresses the strength of the immigrant woman. 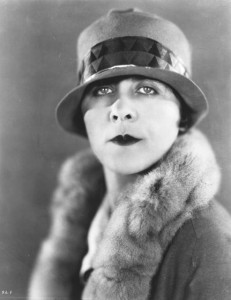 The period of the early 1920s provided opportunities for Levien, for although women directors and producers were being phased out, some of the most skilled writers were retained by studios, most notably Frances Marion at Metro-Goldwyn-Mayer. Motion picture audiences had increasingly become middle class, and melodramas, especially stories about romance and love, were still being sought. Writers continued to be drawn from the ranks of magazine fiction, and a high percentage of these writers were female. However, by the mid-twenties, Levien said in an interview with the World, “The novelty of their [women] being in the business is over. They must compete with men on equal terms” (6M). Also at this time, in the studio writing department, collaboration became the order of the day—adaptation and editing rather than pure writing. All of this seemed congenial to Levien’s skills and temperament, although from time to time she chaffed under the studio system in which screenwriters were mere cogs in the wheel, subservient to the directors and producers. She analyzed the situation in “My Pilgrimage to Hollywood,” for the Metropolitan: “I never knew what work meant… until I hit the motion picture profession. The over-Lords pay well but demand every ounce of your flesh and blood” (36). 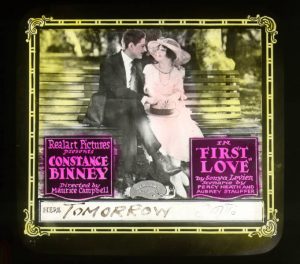 Levien was employed in the scenario department at Famous Players-Lasky, then releasing films as Paramount Pictures Corporation, from 1922 until 1925. During that time, she worked on adventure and romances, as well as the adaptation of Salome of the Tenements (1925), based on a novel by Anzia Yezierska, another Jewish immigrant like herself. Studio head Jesse Lasky put her on contract for $24,000 with annual increases, and Levien moved from New York to Hollywood, leaving her husband and her young son behind. However, within one year, her loneliness and desire for another child prompted her to return to New York. In New York, Levien became a scenario editor for Samuel Goldwyn Pictures, attending Broadway plays, summarizing plots, and inquiring about movie rights. Simultaneously, Hovey lost his job, and henceforth, Levien became the main financial supporter of the family. Thus Levien returned to Hollywood, this time with the whole family. Here, working again at Famous Players-Lasky, Levien flourished. Commenting on women’s dual lives, she wrote, “A career and children are always conflicting, but one is a spur to the other” (Ceplair 64).

From 1926 until the end of the silent era, Levien wrote for several production companies, managing to avoid getting pigeonholed as only a writer of women’s pictures. She was skilled in producing scripts in all the popular genres and was especially talented in adapting material from other media, and it is clear that she was a good team player. Although it is hard to detect an original voice in her scenarios, several themes do arise. Firstly, a high percentage of the films she worked on feature intelligent, self-assertive heroines who strive to define their roles in life. Secondly, several of her best works present the lives of European immigrants with a sense of authenticity that was praised by the critics of the day. In addition to Salome of the Tenements (1925), now lost, Levien wrote the story and scenario for the extant film The Princess from Hoboken (1927) and the lost A Harp in Hock (1927), all three of which deal with Jewish immigrant life. But the immigrant scenario that received the most praise was director Frank Capra’s The Younger Generation (1929), Columbia Pictures’ first sound film, based on a story by Fannie Hurst (Ceplair 69). A reevaluation of Sonya Levien’s silent as well as sound era career is overdue, but may now be more possible with the discovery and preservation of examples of her work such as the recently restored Christine of the Big Tops (1926).

The remainder of Levien’s career, which reaches into the 1950s (one of her last screen credits was Jeanne Eagels in 1957), is a story of great success, professionalism, and reward. Later in life, Levien was given the first Laurel Award by the Screenwriters Guild of America for her contributions to the screenwriting profession. In 1955 she won an Oscar for her story and screenplay, Interrupted Melody. Without question, she was one of the survivors.

Both Frozen Justice and They Had to See Paris are sound films that were released in silent versions for theatres that hadn’t yet been wired for sound. While FIAF does not list Pink Gods, The Snow Bride, The Exciters, and Cheated Love, the films are extant at UCLA. Levein is credited as Sonya Hovey for Why Girls Go Back Home.