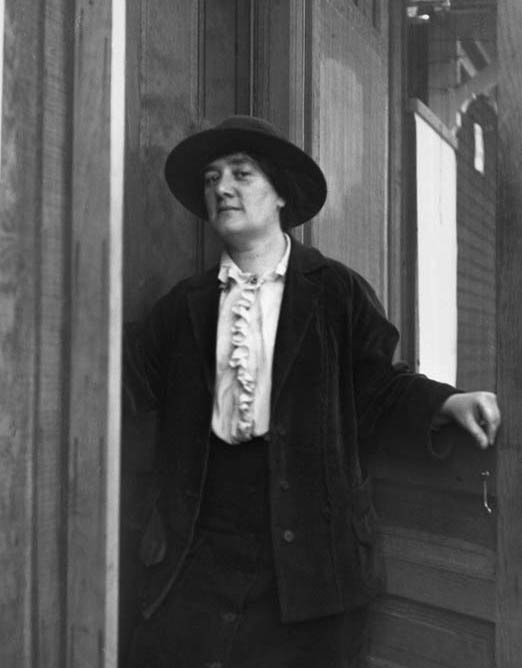 The year 1920 marked a significant career move for Margaret Turnbull. An article in the September 4 issue of Moving Picture World announced that she was chosen to write scenarios for the newly created Famous Players-Lasky studios in Islington, England. Her career with the studio up to this point was prolific; the article credits her with writing or adapting approximately sixty screenplays. She was also credited with writing novels and plays, and the article claimed that her diverse background enhanced her aptitude for “adapting the work of British writers for the screen” (66). One notable play was “Classmates”  that she cowrote in 1907 with William deMille. This work was likely a significant success because it was made into a film in 1914. DeMille also joined Famous Players-Lasky in that year along with Turnbull’s brother Hector, who would gain fame a year later as the main screenwriter on The Cheat (1915). Thus, Turnbull had important connections at the studio’s Scenario Department in Hollywood.

Margaret Turnbull was born in Scotland (Doyle 1999, 265), and while her birth date so far has been unknown, the 1900 US Census lists a stenographer by the name of Margaret Turnbull of Scottish heritage as living with her four unmarried sisters and two brothers, including Hector, in Manhattan, listing her age as twenty-seven—making her year of birth 1872.

Upon joining the studio in 1915, Turnbull quickly proved herself to be an apt writer for film, producing eight scenarios. A Moving Picture World review of one film, The Case of Becky (1915), marvels at its fascinating plotline. The film deals with a troubled young woman, Becky, who suffers from multiple personalities. With the help of a doctor, she is eventually cured of her condition. The review privileged the film’s strong acting, especially Blanche Sweet’s interpretation of Becky, but it also hints at Turnbull’s effective contribution to the film’s success. While her name is never mentioned, the review commented that the film’s “workings of the dual personality give rise to some weird and at times humorous situations and gain both the profound interest and the profound sympathy of the audience” (2198). Turnbull’s vision proved authentic and interesting to its audience through strong character development and skill in effectively interweaving comedy and drama within a psychological context that was both convincing and poignant. 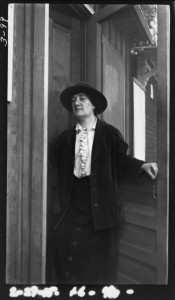 Margaret Turnbull also managed to continue writing novels in between screenplays, and her Hollywood experience proved a fruitful inspiration. Her 1918 novel The Close-Up touched on this aspect of her life to an extent. Moving Picture World described the work as “interesting not only as a glimpse into pictureland, but as a red-blooded romance” where Hollywood is “merely the backdrop to a well-planned story” (940). The story deals with a stenographer, Kate Lawford, whose boss, attorney Tom Crews, Jr., wants to quit working for his father’s firm and to start over in California. He encourages her to join him and get into the business herself. At first, she declines because she expects to marry her boyfriend in the near future, but her boss remains hopeful that she will reconsider. Surprised by his persistence, Kate begins to question her dream of matrimony, realizing that “[S]omehow the mere telling, the putting it into words, had dimmed the glory of the dream” (Turnbull 16). The chapter concludes with the suggestion that, while still dreaming of marriage, she will accept the offer and pursue a different goal in the film industry with perhaps a love triangle to complicate matters.

Margaret Turnbull returned to the United States from England in 1921 when Famous Players-Lasky replaced its American production staff with a British one (Low 143). She returned to Hollywood where she wrote and adapted nine screenplays over the next three years, the last a remake of Classmates in 1924. Yet, at one point between 1921 and 1923, Turnbull may have visited France, and certainly wrote the screenplay for the French film La Bataille (1923). According to the Sessue Hayakawa oral history taken by Columbia University in 1959, the actor left the United States to go to France to appear in the film, produced by Film d’Art and adapted from the novel by Claude Farrière: “Hector Tombeau’s sister, Maragaret Tombeau [sic], — she wrote the manuscript, she was in France.” It would appear that she remained in France after he arrived since Hayakawa states that he would only appear in the film if they agreed to alter the screenplay. “So I went to France, and Miss Margaret Tombeau [sic] was there,” he continues. Hayakawa does not detail how the screenplay in manuscript form was changed, but he does recount how he procured the battleships and the costumes and guns for the production, which was filmed in Toulon. In his book on Hayakawa, Daisuke Miyao confirms that Turnbull wrote the screenplay for La Bataille and further reflects that her screenplays were effective in  “crystallizing” Hayakawa’s star image at Lasky with titles such as  Alien Souls (1916) and The Victoria Cross (1916). If the screenplay was changed, it was probably, as Miyao reports, to make the production more of a star vehicle to revitalize the actor’s career by incorporating the motifs that had structured his films at Lasky and Robertson-Cole (262). 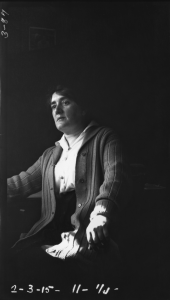 Giuliana Muscio says that Turnbull “quit writing after 1924,” and surmises that she may have retired due to her age, noting that she died in Yarmouthport, Massachusetts, eighteen years later. However, according to her filmography, Turnbull produced fewer scripts in comparison to her work before 1920. Her decline corresponds with the decline in opportunities for women to work in a studio system that no longer needed their presence in order to achieve respectability among the middle and upper classes.

With additional research by Jane Gaines.

Margaret Turnbull wrote three films based on Mary Roberts Rineharts’ Bab stories. AFI and Spehr do not list Bab’s Burglar or Bab’s Diary, yet both films are listed in biographies of Marguerite Clark who starred as Bab. AFI only lists Quida Bergère as the writer of Three Live Ghosts, however, numerous other sources, including filmographies on Alfred Hitchcock—who created the titles on this film—list Turnbull as writing the scenario with Bergère. Another title with conflicting credits is Peg o’ My Heart. AFI attributes writing credits to Olga Printzlau, while Paul Spehr lists Turnbull. FIAF does not credit Turnbull for La Bataille. She is listed on AFI as the scenario writer for The Danger Line, the film’s alternate name.