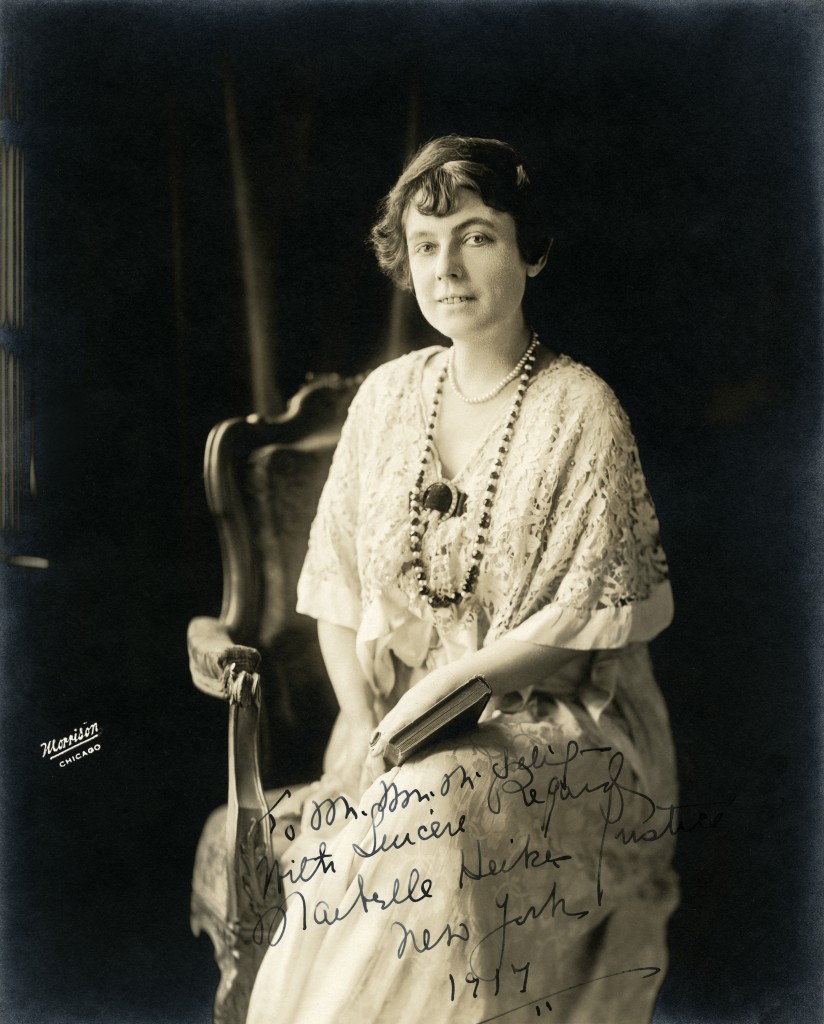 “Mr. Osbourn took me to the deathhouse at the New York State penitentiary in order that I might secure better local color for my film drama, Who Shall Take My Life?” writer Maibelle Heikes is quoted in the Atlanta Constitution, explaining her research process for the 1917 film. She entered Sing Sing prison with an order from the New York Supreme Court of New York (D4). Written by Justice and directed by Colin Campbell, Who Shall Take My Life? (1917) tells the story of Big Bill O’Shaughnessy, a man convicted and executed for the murder of a woman who, after his execution, is discovered to be still alive. Although at times described as anti-capital punishment propaganda, the film was also appreciated in the press for its high level of realism and notably sparked intense discussion because of its strong moral and political stance. The Moving Picture World review mentions a screening for members of the Chicago branch of the Anti-Capital Punishment Society of America attended by prominent politician and citizen supporters (1800). Maibelle Heikes Justice was no stranger to the thorny political and emotional questions raised by the US legal system. The Moving Picture World review explained that she was the daughter of prominent Indiana jurist James Monroe Justice and speculated that quite possibly the screenwriter was familiar with many cases of “miscarried” justice, which produced the suffering of the innocent for crimes they never committed. “Miss Heikes Justice,” the writer asserts, is “an ardent opponent of capital punishment” who produces in her photoplay a “most convincing argument in favor of her belief” (1800). 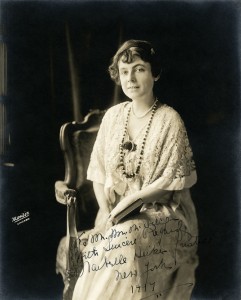 In 1895, at the age of twenty-four, Justice began her career writing articles and monthly book reviews. An aspiring poet as well as a playwright, “My Sweetheart’s Fan,” published in Current Literature in 1897, locates her in the romantic tradition: “The air was suave with summer / More suasive Dora’s eyes—/ Such eyes that fall to drooping / at first, at love’s surprise” (336). Numerous short stories over the next twenty years eventually led to Justice’s transition from the literary realm into the motion picture world. When she was in her mid-forties, for instance, “The Other Man,” published by Cosmopolitan in 1913, was also produced as a short film. Justice’s output during her early years writing for the cinema is impressive. Between 1913 and 1916 she is credited with writing either titles or scenarios for over thirty short films. She also worked for more than ten different directors at companies including Selig Polyscop, Lubin, Metro, and Essanay (Brownlow 1990, 259).

Justice’s collaboration with the actress, writer, and director Kathlyn Williams is particularly notable as together they made several short motion pictures including The Governor’s Daughter (1913), The Love of Penelope (1913), Mrs. Hilton’s Jewels (1913), and The Leopard’s Foundling (1914). When she later moved into feature film work, Justice continued collaborating on projects with established women in the industry, one example of which is The Glory of Yolanda (1917), written by Justice and based on her play, directed by Marguerite Bertsch in a production starring Anita Stewart. 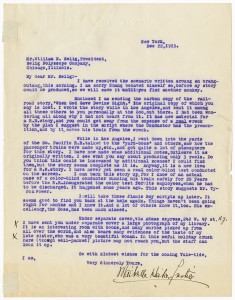 Letter from Maibelle Heikes Justice to Selig, 1915. Courtesy of the Academy of Motion Picture Arts and Sciences, Margaret Herrick Library.

In 1915, Maibelle Heikes Justice entered the national spotlight for a tragic reason — her sister perished on the RMS Lusitania when it was sunk by a German submarine. The incident, which historians claim led to the US entry into World War I, led the “clever New York authoress,” according to the Los Angeles Times, to a fascination with the occult as a consequence of her sister’s death ( II1). In the subsequent years, however, Justice went on to write several important silent features that continued her exploration of legal themes. Youth’s Endearing Charm (1916), a film based on her novel, tells the story of an orphan girl who escapes a rural life of hardship and is apprehended by the courts. Justice explored the ambiguity of circumstantial evidence in Melissa of the Hills (1917) a film in which, like Who Shall Take My Life?, the name of an innocent man is cleared after his death. Subsequent films continued to address issues of social and familial responsibility, including The End of the Trail (1916), Durand of the Bad Lands (1917), Intrigue (1917), Her Husband’s Honor (1918), and Birthright (1920).

In her lifetime, Heikes was acknowledged for her work in the press. Toward the end of her career in 1924, the Washington Post acknowledged her as “one of the most accomplished women in the scenario business,” and numbered the stories she had written for the screen at two hundred, many of which had served as models of scenario writing technique (A3). In addition to her literary achievements, Justice was also the inventor who devised a renewable typewriter ribbon device (Morey 87). In “Maibelle Heikes Justice: Literary Star,” a profile appearing in Photoplay Author, the article’s male author recalls that he had low expectations of her on their initial meeting: “I mentally sniffed, and thought to myself: ‘Another fiction star selling scripts on her literary reputation!’” Much to his surprise, however, the writer comes to admire Heikes, although for some disconcerting reasons. One, she appeared “unaffected by her success”; two, she was not a “blue stocking”; and three, as a member of a tight group of writers, she was “one of the boys” (163–165). Significantly she was a member of the Inquest Club, a circle of screenwriters founded in 1913 by Epes Winthrop Sargent, understood as the first informal organization of the new “photoplay” writers (Wright 217).

Louella O. Parsons sought Justice’s advice for her 1917 screenwriting manual, How to Write for Movies. There, Justice explains that “The plot or central idea of the drama must never for an instant be forgotten.” Demonstrating an interest in structure, she recommends that “Each scene must be a little stronger in story value than its predecessor… About two-thirds of the way through, one is over the hill of ‘high lights’ and must now begin to drive his subject home in a strong and perfectly logical manner toward the final[e]” (240–241).