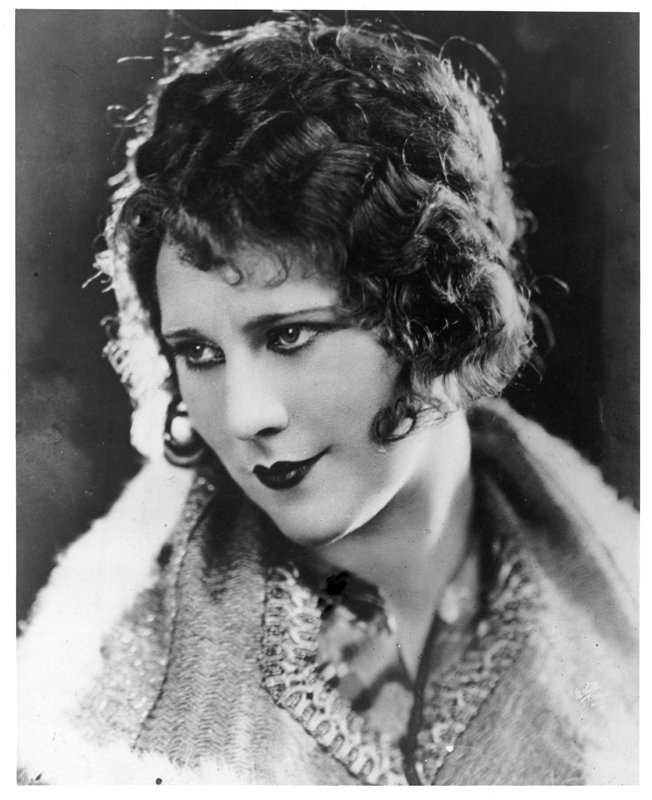 Louise Lovely was an Australian actress who worked in early Hollywood between 1915 and 1922. Although she made ten verified films in Australia and fifty in the United States, few are extant. With scant surviving personal papers, research into Lovely’s oeuvre depends largely on trade journals and star publicity—materials that have limitations as sources. Furthermore, while Australia’s Film and Sound Archive has important collections of Louise Lovely photographs and scrapbooks, trade journals or Hollywood studio records have been difficult to access in Australia. Nevertheless, the available materials reveal Lovely’s struggle to expand her filmmaking beyond performing and to exert control over her career.

After working as Louise Carbasse in stage melodramas and vaudeville in Australasia and the United States, Lovely’s new name and her youthful, blond, Pickford-esque appearance were created by Universal at the end of 1915, apparently as conditions of a contract, Theatre reported in 1916 (27). An issue of Motography from October 1917 reveals that Universal established Louise Lovely Productions, but does not appear to have given her any control over the productions (869). In a 1978 interview with Ina Bertrand, Lovely recalled that she had left Universal in March 1918, following disagreements over wages during which it was revealed that her name, owned by Universal, could legally prevent her working for any other studio. She finally secured a contract at Fox, where she supported husky star William Farnum in Westerns. She made her final US films in 1921, including two for Quality Film Productions. These films were distributed by the recently formed CBC Film Sales Company, which became Columbia Pictures in 1924, and Lovely claimed that she had been invited to join the company board of directors, according to Kathy Kizolos, writing in 1981 (14).

The purported connection with Columbia is further supported by Lovely’s comment in her 1978 oral history that Harry Cohn suggested she tour vaudeville following her second Quality Film Productions film (53). She and first husband Wilton Welch traveled between 1921 and 1925 with “A Day at the Studio,” in which audience members volunteered for on-stage “screen tests” that were screened the following week. The act was popular with hopefuls in movie-struck North America, and then in Australia. Lovely described further to her interviewer that she and Welch shared screen-test directing duties: “He directed me sort of thing, and I directed everybody else…” (54).

The hierarchical tensions between his “masculine” authority and her “lovely”— i.e., feminine—star persona are again evident in her final film, Jewelled Nights, made in Australia in 1925 after she returned from the US. Her role as the face of a public company, Louise Lovely Productions, sat uncomfortably with her “dainty” film persona. In this final film, ironically, she played a socialite who rejects gender and class restrictions by jilting her groom at the altar and, disguised as a man, hiding in a remote all-male mining community. 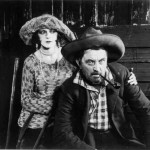 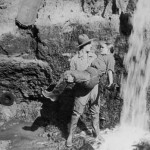 Although Lovely’s profile was featured in the logo for the company, she was credited only with acting and cowriting the scenario for Jewelled Nights (1926). Wilton Welch was credited as director in the press book prepared for exhibitors, but although the extent of her contribution is not precisely known, she claimed in an interview for the Weekender that: “I was virtually the producer. I personally cut and spliced the film. The acting was only part of it.” She also recalled in her 1978 interview that she had worked on the design of, and publicity for the film, as well as on casting. Most importantly, Lovely said that she did at least some of the directing (60) and even claimed to have invented a new type of film syntax: “I said, ‘We won’t have a train and we won’t have a boat, we’ll just have the big funnel of the boat when she’s leaving there, she goes up to the boat, you see, and then we just show the funnel’ … which I thought was a rather good invention, you know” (70–71). The film was financially unsuccessful, possibly partly due to mismanagement by board members; however, the remaining footage, most likely outtakes, shows Lovely’s acting to be in a melodrama style outdated by 1926.

In her move into production, Lovely had had contact with a number of impressive female film pioneers, mainly at Universal. There, she featured in seven films written by Ida May Park and, post-Universal, was directed by Park in a further film. Lovely was also at Universal when Cleo Madison, Lois Weber and Elsie Jane Wilson were directing. Lovely had appeared with Wilson in Bettina Loved a Soldier (1916), which was directed by Wilson’s husband Rupert Julian.

After retiring from the screen, Louise Lovely made at least two attempts to put her Hollywood experience to good use. In her evidence to the 1927 Royal Commission into the Australian Motion Picture Industry, she advised the Australian government to set up a subsidized film studio, and in 1931 she reprised the “Studio Act” vaudeville act for a week at the Melbourne Tivoli.

A variety of archival materials and photographs are held at the following archives:

The National Film and Sound Archive of Australia.

June 2020: Research conducted by Australian historians Stephen and Louise Dando-Collins links Louise Lovely to one additional film (as actress), Her Strange Experience (US, 1917), which appears to be a lost 1-reeler. According to their research, the film was produced by IMP and released on June 17. It was directed by Maxwell Ryder, and written by Ryder and Jack Cunningham, from a story by Eugene B. Lewis.

Their research also indicates that Painted Lips (1918) was connected to the Louise Lovely Productions banner in the US, as was A Day at the Studio (shot at CBC's Triangle Studio in Los Angeles), which was co-produced by Louise Lovely Productions (and Louise was the co-writer as well as star/presenter). They also credit her as producer on: Sirens of the Sea (1917), Nobody's Wife (1918), The Girl Who Wouldn't Quit (1918), and A Rich Man's Darling (1918), although her "producer credit" on the this last title was reportedly removed by Carl Laemmle.