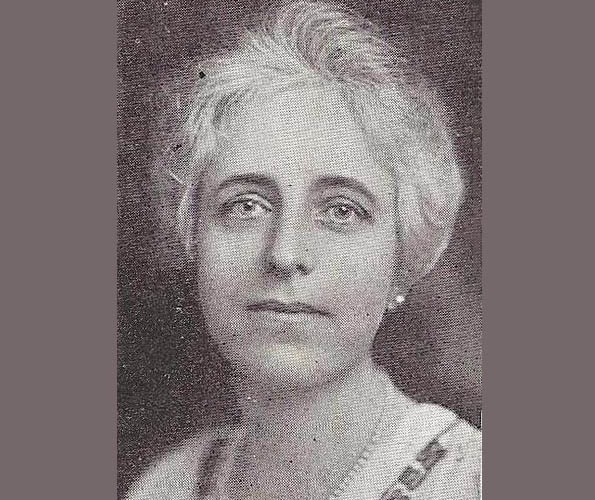 “To some people life is narrative. To others it is drama. To me life is dramatic. It is never just a story, and to me scenario writing is the easiest form of expression.” Kate Corbaley thus expressed her views in Photoplay after winning first prize in the Photoplay-Triangle Scenario Contest.  The film she wrote was Real Folks (1918), which began her journey as a screenwriter. Following Corbaley’s receipt of the prize, Real Folks was produced by Triangle Film Company and released in theatres. Although the Photoplay contest appears to have given a talented young woman a head start, we still have reason, given Anne Morey’s recent research, to be skeptical about the industry recruitment of amateur writers and the promotional motives behind contests (Morey 1997, 300-319). We wonder if Photoplay’s figure of 7,000 stories submitted was an inflated number. Further, Corbaley was not a complete novice, as the Photoplay article reveals that Real Folks was Corbaley’s second prize (104). In 1917, she had written a comedy for Mr. and Mrs. Sidney Drew and the comedienne praised her for her ability to create people. And the relatively untrained Corbaley had not written a scenario that went directly into production but “Real Folks” was an original story that still had to be adapted for the screen—something we learn from the American Film Institute catalog, which lists Corbaley as “storywriter” and credits Jack Cunningham as scenario writer. Was Corbaley’s story worthy of the prize? Although no extant prints of Real Folks survive to help us assess the work, film reviews were favorable. Exhibitor’s Trade Review praised the visual style, mentioning its landscapes, interiors, and close-ups as well as the story that combined “mirth” with “pathos” (913). 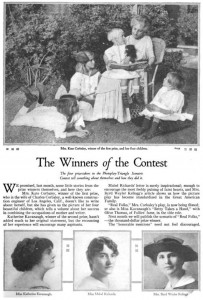 Kate Corbaley with children “The Winners of the Contest“ Photoplay, 1918.

From the 1930 United States Census we learn that Kate Corbaley was born in 1879 at sea. That she was born on a steamship en route to San Francisco is confirmed by her 1938 Los Angeles Times obituary, which also tells us that she graduated from Stanford University (A1). How did she enter into the film industry with her stories? Was the writing for Mrs. Sidney Drew actually her first step? What little we know about her personal life is from the Los Angeles Times obituary, namely, that Corbaley began her career in the motion picture industry with two stories for the Triangle Film Company and that she wrote for many periodicals after ending her twelve-year marriage to engineer Charles Corbaley (A1). We can infer that her career began after her marriage was over and while she was raising four daughters as a single parent. Apparently she used her family life as material on at least one occasion, which we learn from the Photoplay coverage of the prize-winning Real Folks (103). Following the success of Real Folks in 1919, two films based on Corbaley stories were produced by Frank Keenan Productions—The False Code (1919) and Gates of Brass (1919), the first of which Moving Picture World refers to as a “well sustained melodrama” (1014). Subsequently, Moving Picture World evaluated the Gates of Brass story itself as “quite unusual” (117). Did these accomplishments lead to Corbaley’s work as a consultant to the Palmer Photoplay Institute? 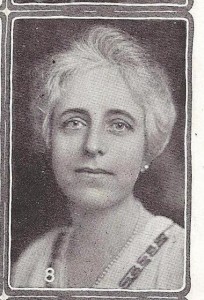 With Palmer featuring her Selling Manuscripts in the Photoplay Market as one of their basic textbooks, Kate Corbaley became a major spokesperson for the company’s method and served as an official advisor along with screenwriters with many more credits such as Jeanie Macpherson. In 1919 the Chicago Daily Tribune featured Mrs. Kate Corbaley in a Palmer Photoplay Institute advertisement as “the head of special marketing service” (B10). Another announcement followed in 1920 in the Los Angeles Times, presenting Corbaley as a “well known author” and one of the “advisory counsel” members of the Palmer Photoplay Corporation (117). The next year, Palmer announced in the Los Angeles Times that after two years at the company Kate Corbaley was continuing as department manager in charge of “reading and sales” (III1). Corbaley doesn’t diverge from a basic Palmer goal to convince moviegoers that they could learn to write and, most importantly, sell their screenplays. A December 1921 article in the Los Angeles Times quotes her advice regarding the importance of assessing the changing market in order to sell photoplays (III17). Elevating the Palmer Photoplay Corporation’s commercial motive, Corbaley could be relied upon to rhapsodize about the reasons for learning to write for the screen. As she expressed her convictions in one motivational talk reprinted in the manual:

As for other rewards, there can be no greater satisfaction, to my way of thinking, than seeing one’s brain children “come alive” on the silver sheet, and knowing that millions of people will get the message and the meaning of your visualized thought, knowing that you are reaching a greater audience and are touching and influencing more lives than is possible through any other form of art expression (14).

In 1926, Corbaley joined Metro-Goldwyn-Mayer Pictures as a story editor and that year the studio produced The Fire Brigade, based on her original story. This extant title was highly praised in the Los Angeles Times for its “realistic spectacle” featuring an orphanage destroyed by fire (12). It would be her last job, for she worked there as a scenario editor for twelve years until the day she died at the age of sixty, but in this time several newspaper articles lauded her. In 1937, the Los Angeles Times wrote that Corbaley had knowledge of the plots of 5,000 plays and novels (21). She was so good that she could quickly detect any plagiarism, added the Chicago Daily Tribune (F4).

From Real Folks in 1918 to her last credited title in 1927, The Fire Brigade, nine films were produced from Corbaley’s stories, including The Girl of Gold (1925), which she adapted in cooperation with Eve Unsell, who wrote the screenplay. Among these films, Corbaley is listed as the original story writer for Desert Blossoms (1921), and for the extant titles The Bad Lands (1925) and The Fire Brigade (1926). Although she is only credited on nine titles as a story writer or adapter, it is not difficult to imagine that a wide range of stories and scenarios must have passed through her hands almost “invisibly” while Corbaley worked at Palmer Photoplay Corporation and later at Metro-Goldwyn-Mayer Pictures. Although it might seem that her work was invisible, we know that she was well paid. In 1937, the New York Times published a list of industry personnel making salaries in the range of $50,000, which contained film directors and screen writers as well as film stars. Kate Corbaley was included in this list (33). But how important was she? How could she be both powerful and unknown? A newspaper article titled “Hollywood Heroine” found in the Corbaley clippings files at the New York Public Library states that she was “nonexistent” since her name was not on the screen, but that she was powerful and important because she was able to say “no” to MGM producers Louis B. Mayer and Eddie Mannix.

FIAF does not credit Kate Corbaley as the screenwriter of The False Code, The Bad Lands or The Fire Brigade.