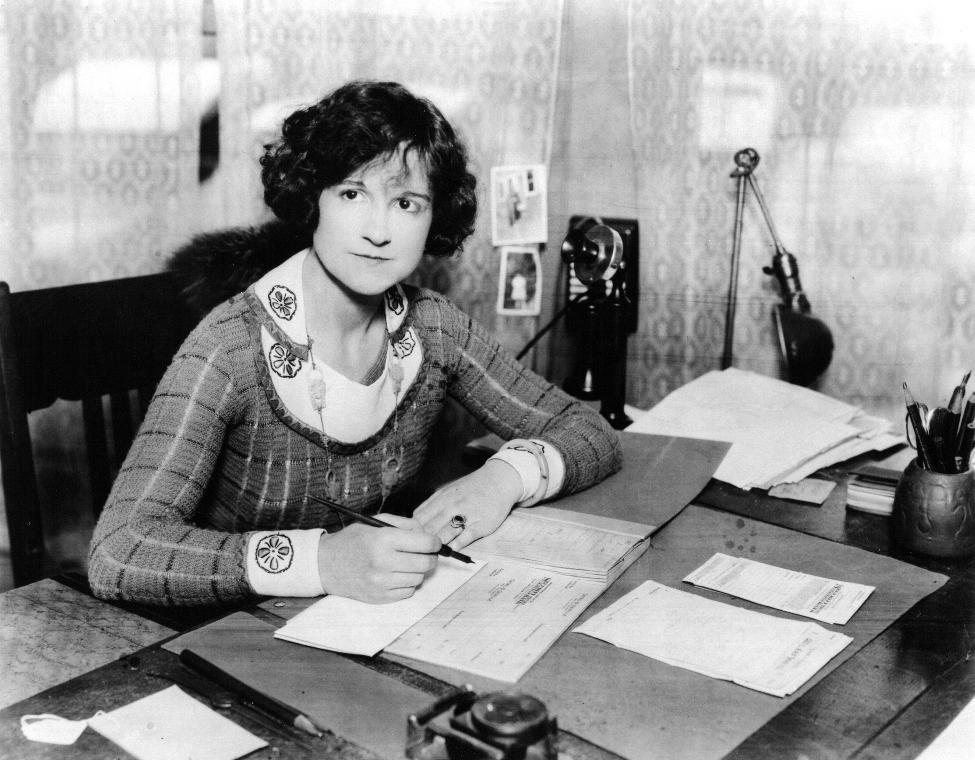 Gladys Rosson was Cecil B. DeMille’s secretary for thirty-nine years, starting the summer she graduated high school in 1914 until her death in 1953 (DeMille and Hayne 1959, 95). She was also his mistress, part of his “harem,” or, as DeMille’s niece Agnes, calls it, his “seraglio”—the members of which vary according to sources (Agnes deMille 1990, 183). Regardless, she was intimately involved in DeMille’s work, ranging from the production of his films to the investment of his finances to the management of his image. If ever there was a woman behind the man, Gladys was she.

Gladys was with DeMille throughout the course of his career. According to her Los Angeles Times obituary, she started out as the first secretary employed by the Jesse L. Lasky Feature Play Company, then she and Florence Cole were the only secretaries kept by DeMille during his shift from Paramount in the early thirties (A9; Higham 1973, 215). At the time of her death, her title was secretary-treasurer of Cecil B. DeMille Productions (A9). 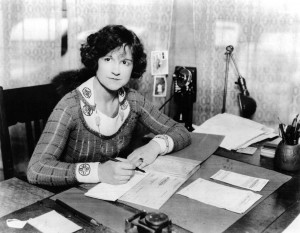 Gladys Rosson at her desk. Courtesy of Brigham Young University.

Dividing her time between the studio bungalow, the company offices in Laughlin Park, the DeMille mansion, the yacht, and Paradise Ranch, where Cecil spent most weekends, Gladys Rosson accompanied DeMille everywhere, wherever he needed her. According to a 1920 Photoplay interview, he “in eighteen years… has never passed a Saturday night at home,” never saying “what I was doing, nor whom I was with” (St. Johns 30). On set she acted as a stand-in for Geraldine Farrar in Joan the Woman (1916) since the flames at the stake were too hot for the star and Gladys had a similar complexion and hair color as Farrar (DeMille and Hayne 1985, 174). At the studio she responded to letters, speaking on behalf of DeMille, and copied longhand the script for Old Wives for New (1918) after a successful screening of the completed film in Los Angeles, just so she could send it to her sister in New York to see what Adolph Zukor’s pet scenario department would say (DeMille and Hayne 1985, 214). New York disdained DeMille productions, which seldom enjoyed favorable East Coast critical reception, and Zukor’s department sent back the transcribed script as unsuitable for pictures. As a typist, she was also indispensable to creative personnel. On the Seaward, DeMille’s yacht, Gladys accompanied writers in order to type up their work, but not always with a paperweight—she lost The King of Kings (1927) to the wind. But clearly Rosson operated on multiple levels—maid, typist, researcher, executive producer, accountant. According to Phil Koury’s biography of DeMille, his secretary not only went on location scouts with DeMille, but also appointed the members of the staff who would accompany them (36). Preparing for The Greatest Show on Earth (1952), she took 135 pages of notes documenting circus life as she traveled around with DeMille and the Ringling Bros. & Barnum and Bailey Circus (DeMille and Hayne 1985, 404). Koury writes that on trips Gladys even picked out DeMille’s outfit the night before—the director known for his puttees, boots, and breeches (36). Unaccompanied, too, she traveled; a document from the DeMille archive details her itinerary for a trip from Los Angeles to New York to many locations around the Caribbean and South America, presumably scouting for locations (BYU, box 307, fldr. 10).

The correspondence between DeMille and Gladys Rosson reveals a strategically tactful voice. After watching a print of Four Frightened People (1937), for instance, Gladys slides in a point-by-point critique of the film’s continuity, color matching, and decency. Some actors are “too exposed,” she notes, but all comments are passed off as “just a few things… in case they mean something” (BYU, 1933 note, box 829, fldr 9). Sources confirm that DeMille solicited opinions from any member of his staff, though Charles Higham thinks they were seldom heeded (1973, 146).

Most significantly, DeMille also trusted Rosson to invest the money made through DeMille Productions (Koury 1959, 37). As a notary public, she handled both DeMille’s business and private loans and investments and helped advise him during court cases, notably preparing for his court appearance when he and his wife went on vacation to Europe in the early thirties (Higham 1973, 136). Notoriously, Gladys lost DeMille around a million dollars during the stock market crash. After William Randolph Hearst indirectly tipped Julia Faye to sell all stocks, DeMille instructed Gladys to do so, though she offered the stock at a half-point above market, as she always did (DeMille and Hayne 1985, 129). No one took their offer and DeMille never said a word to rebuke her. He explains in his autobiography, “she was, after all, the same Gladys who, one evening when she was dining with me and I fell asleep exhausted at the dinner table, calmly sat all night with her hand under my chin, so that I might sleep undisturbed by a duckling in the soup plate” (295).

A woman who lets her employer sleep on her hand all night is clearly more personally devoted than any ordinary secretary. Gladys never married; neither did Jeanie Macpherson or Anne Bauchens, two other women of the “harem,” although most of DeMille’s secretaries also never married (Koury 1959, 31). That term “harem” appears in many accounts of DeMille’s life. According to Gloria Swanson in her autobiography, gossip columnists were already using it before 1918—roughly around the time DeMille’s The Arab (1915) was released, which, although it did not star Swanson, might account for the gossip columnists’ terminology. But Swanson also thought that being invited over to dinner by Constance, Cecil’s wife, in order to quash the story of their affair might have had something to do with the term (Swanson 1980, 112). Gladys, however, is seldom mentioned as part of the harem in contemporaneous sources; most biographies and profiles seem to add her name after the fact. Whether or not the story of her affair broke during her lifetime is difficult to say.

Anne Edwards interviewed Cecil’s granddaughter Cecilia about Gladys Rosson for her book, The DeMilles: An American Family. On Cecilia’s authority, Edwards claims that the affair between Gladys and Cecil started in the early thirties, almost twenty years after she started working for him. “To compensate Gladys for abject and unfulfilled early devotion,” she then argues, “Cecil became ‘godfather’ to the entire Rosson family,” helping all of Gladys’s siblings with their careers in the motion picture business (87).

Behind every great woman, there is a string of other women, and Gladys no doubt had a relationship with each one of them. It is revealing that Gladys was sent presumably as a delegate for the DeMilles (including brother William) to visit Lorna Moon, the writer, scenarist, and mother of William’s biological and Cecil’s adopted son, Richard, when she was on her deathbed dying of tuberculosis (de Mille 1998, 249 ). All of the memos Lorna received regarding loans from Cecil were signed by Gladys, as were the memos to MacPherson’s assistant, Cora, once she was dying of tuberculosis as well (Richard deMille, 190). Gladys visited Jeanie when she was dying, too (Higham 1973, 282). When you have an affair with your accountant, such as Cecil carried on with Gladys, she knows who’s getting how much. The DeMille archive contains much correspondence in which Gladys follows up on loans to Julia Faye and Macpherson, as well as relatively unknown actresses such as Genevieve Bell (BYU, Oct. 1945 letter 23, box 393, fldr. 4).

Katherine Albert, a Screenland features writer, once blamed DeMille’s staff, who “thrill at his every word” for the lack of soul in his pictures (16). Whether or not we give credence to this analysis, we can say that through her undisputed devotion, DeMille’s secretary helped create not only an auteur but a mogul. But in retrospect we have to wonder what portion of his achievement was made possible by such a capable coworker. It is a shame Gladys Rosson is credited with so little.

Neither FIAF nor AFI credits Gladys Rosson for any films; only IMDb credits her as “typist” for The King of Kings.