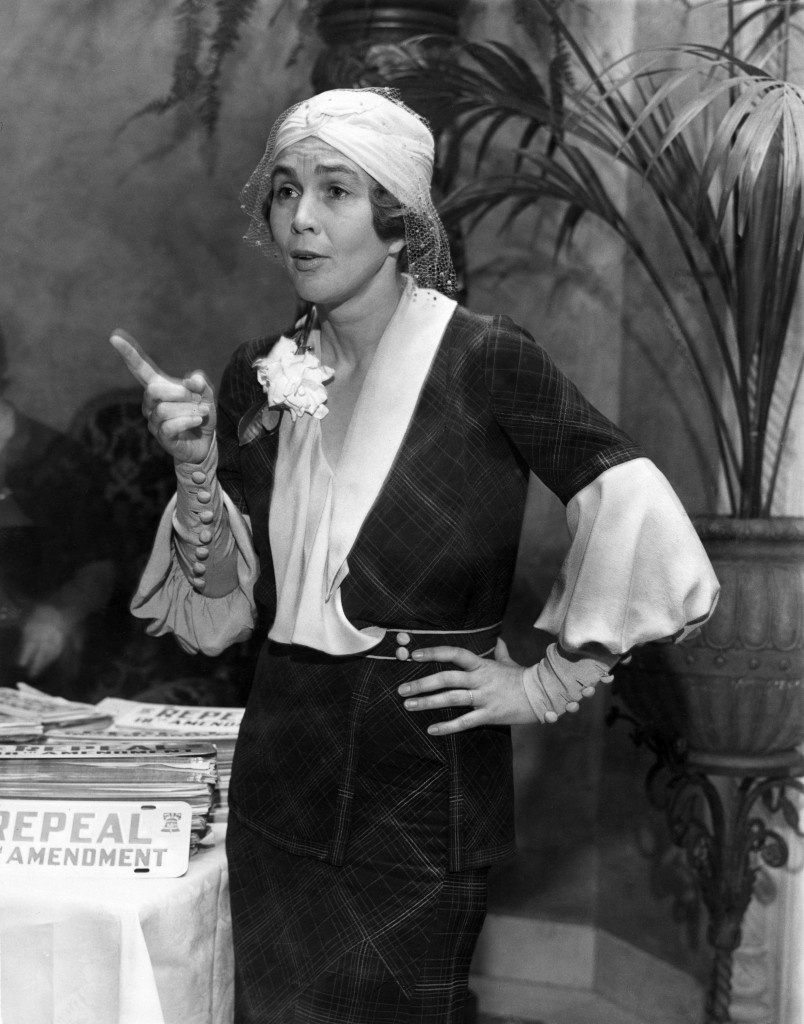 Adela Rogers St. Johns delighted in the fact that James Quirk of Photoplay called her “the mother-confessor of Hollywood” (St. Johns 1976, 11). Her California birth, close association with William Randolph Hearst, and unconventional upbringing gave her an unusual vantage point on the social mores of Hollywood as was born in the 1910s and assumed its mature form in the 1920s. Indeed, St. Johns may be said to have been the most influential of the chroniclers of the Hollywood story of rise and fall inasmuch as she wrote the narrative that became the template for the motion picture What Price Hollywood? (1932) and its later iterations as A Star Is Born (1937, 1954, 1976). She both reported on Hollywood and fictionalized the lives of the stars she covered; thus her significance was as an observer of Hollywood rather than as a participant in it. 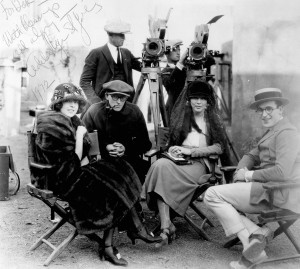 St. Johns was the daughter of noted defense attorney Earl Rogers, who raised her without the help of his estranged wife, which may explain the daughter’s claim to have no attachment to her mother (Chance 311), a situation that figures in her novel about a free-thinking daughter of an alcoholic lawyer, first adapted as A Free Soul (1926) and later filmed with Norma Shearer in 1931. Through her father, St. Johns became acquainted with various “sporting” types: bootleggers, gamblers, and the prizefighter she said she received her last spanking for kissing (St. Johns 1976, 29). Rogers also introduced his daughter to Hearst, for whom she started working at age eighteen in 1913, first on the San Francisco Examiner and shortly after on the Los Angeles Herald (St. Johns 1969, 38). Their association continued until Hearst’s death in 1951. St. Johns’s close friendship with Hearst’s mistress Marion Davies and her frequent visits to San Simeon, his California castle, permitted the journalist privileged access to her subjects, and Hearst media properties—Cosmopolitan, McClure’s, Nash’s Magazine (published in England), and Photoplay—gave her work visibility and wide circulation. St. Johns was evidently one of Hearst’s favorite reporters (Nasaw 372) and he gave her important assignments beyond the motion picture industry. She covered the rise and fall of Huey Long and the trial of Bruno Hauptmann, indicted in the Lindbergh baby kidnapping case (St. Johns 1969, 383–411; 311–42). Most significantly for film history, she requited Hearst’s trust with loyalty that most likely involved collecting “dirt” on director Orson Welles in retaliation for making the famous Hearst exposé Citizen Kane (1941) (Nasaw 568; Pizzitola 425). 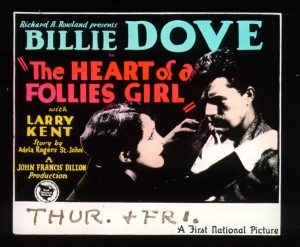 As her contributions to Photoplay show, Adela St. Johns’s factual reporting on cinema culture covered a range of subjects. Her submissions for 1922, for example, included brief articles on Lila Lee, Mae Busch, Ruth Roland, Harold Lloyd, Bebe Daniels, and the young Joseph Talmadge Keaton, son of Buster Keaton and Natalie Talmadge. Her fiction in the same year included “Miss Dumbbell,” “The Last Straw,” and “The Fan-Letter Bride.” The first is about a handsome young actress who can’t get a husband until she gets a “line” to spin and thus catches a young man as unpretentious as she is; the second about a demanding actor whose wife must leave him before he sees what she means to him; and the last about a young actor who has been betrayed romantically by his costar and marries the writer of a fan letter in order to be married before his traducer can be, only to discover that he has found the perfect woman. As I have argued elsewhere of St. Johns’s Photoplay fiction, stories in fan magazines may have offered a means of telling the untellable without risking the destruction of the reputations that represented huge studio investments (Morey 344). But while it is possible to read St. Johns’s fiction as operating in the mode of the roman à clef, the issue is not one of disguising identities in order to avoid prosecution for libel. Rather, St. Johns populates her fiction with the drunks, drug addicts, and seducers that are never present in Photoplay’s reportage. Her fiction, in other words, explores the background that is acknowledged only to be disavowed in the coverage of individual stars and the industry.

If one is inclined to read St. Johns’s novels as containing portraits of recognizable figures, one does not have to go far to find a savage picture of Cecil B. DeMille, the original for director William Dvorak in 1925 novel The Skyrocket. Dvorak affects a riding crop and is the master of the bathing scene, directing a film entitled Roman Bath. Starlet Sharon Kimm is his discovery and acolyte, and Dvorak is a particularly sophisticated voluptuary who delights in psychological games. As Sharon’s one genuine friend insists to the man who will marry the starlet, “It isn’t that [Dvorak] debauches Sharon’s body. He doesn’t do that. It doesn’t interest him. But he debauches her soul and her mind…. He makes every one who is around him think the only things that matter in the world are fame and success and money. He swamps them in the luxury that surrounds him until they can’t breathe” (180–81). St. Johns’s 1969 autobiography confirms her dislike of DeMille (20), although she claimed in a 1964 interview with Kevin Brownlow to “have had great fun with C. B.” (Brownlow 1968, 185). Whatever her attitude toward DeMille, however, the insight of The Skyrocket is that the problems of Hollywood are collective rather than individual, that the film industry creates an environment in which it is difficult to live sanely, a motif endlessly present in her fiction as well as in her several autobiographies. St. Johns saw herself as a feminist, and she was certainly a jaundiced observer of the virtues of husbands, having cycled through three marriages, all of which ended in divorce. As a feminist, however, she was not convinced that women could have everything that modernity promised them, even in Hollywood (St. Johns 1969, 17-26). Her fiction, for example, relentlessly emphasized the importance of marriage, domesticity, and child bearing for her heroines, who often renounce promising careers in order to occupy their “proper” places as wives and mothers. The short stories and novels are nonetheless populated by secondary female characters, frequently involved in behind-the-camera careers such as screenwriting and editing, all of whom are either the abettors of heroines who must be married off or the critics of the men who want these heroines. It is these secondary characters whose relationship to domesticity is unconventional. Examples include Helene, the chain-smoking editor in “Miss Dumbbell” who wears “worn tan knickers and stained puttees” (32) and who provides the necessary “line” to the heroine, and Mrs. William Dvorak in The Skyrocket, “a brilliant woman who wrote books on sociology and was president of a league for the education of women voters,” but who is also “just a little bored with her famous husband. She had even been known to laugh at him, lightly of course, in public” (164).

It was doubtless a combination of St. Johns’s interest in courtroom scenes and her investment in women that led her to collaborate with Wallace Reid’s widow, producer Dorothy Davenport Reid, on two projects, the extant films Broken Laws (1924) and The Red Kimono (1925) (Brownlow 1990). The Red Kimono screenplay, adapted by Dorothy Arzner from St. Johns’s story, encapsulates some of St. Johns’s most characteristic strategies as an author, inasmuch as its fictionalizing of an actual court case highlights her habit of visiting and revisiting the same material in different forms over a long span of years. Indeed, St. Johns may be said to have come into her own as a memoirist, producing at least three autobiographies: The Honeycomb (1969), Love, Laughter and Tears (1976), and even How to Write a Story and Sell It (1956), which, bursting with St. John’s recollections of such figures as Damon Runyon and Paul Gallico, may be accounted a study in the force of anecdote rather than technique in instructing readers about narration.

The importance of Adela Rogers St. Johns as Hollywood observer became especially evident toward the close of her long life when she emerged as one of the most dynamic witnesses to 1920s Hollywood in her appearance in Kevin Brownlow and David Gill’s 1980 Thames Television series “Hollywood.” While it was Hearst who first provoked St. Johns’s interest in retelling stories of a vanished Hollywood by commissioning her to write a series on the film industry for The American Weekly in 1950 (Pizzitola 436), St. Johns clearly found the project of recapturing the milieu and the participants of Hollywood from the 1910s to the 1950s a most congenial project. While the title “mother confessor” appears to have been used in reference to her rather promiscuously by Photoplay editor James Quirk, one might better suggest St. Johns’s significance by calling her the “recording angel” of Hollywood.

Pizzitola, Louis. Hearst Over Hollywood: Power, Passion, and Propaganda in the Movies. New York: Columbia UP, 2002.

Lady of the Night. DVD. (Warner Archive Collection US 2010)

The Red Kimona (1925) is streaming on Amazon Video

Excerpts from The Single Standard (1929):