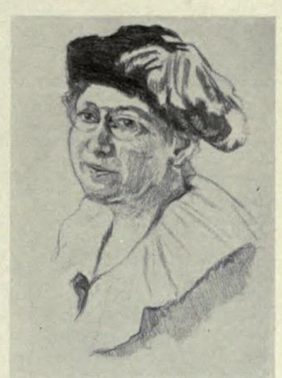 Anita Maris Boggs was the co-founder of the Bureau of Commercial Economics, a Washington D.C.-based distributor of industrial and educational films that was founded in 1913 and dissolved sometime in the 1930s. Despite its official sounding name, the Bureau was not a government agency. Rather, it was a charitable institution supported by sponsors, donors, and the modest fees it charged for the shipping of film prints. International in scope, the organization described itself as “an association of the governments, institutions, manufacturers, producers and transportation lines of America and other countries,” whose goal was “to engage in disseminating geographical, commercial, industrial, and vocational information by the graphic method of motography” (Bureau of Commercial Economics 2). Its films, distributed via a network of university extension services and other partners, were screened free of charge to audiences in universities, high schools, convention halls, community centers, prisons, and even on screens set up outdoors. In 1920, the Bureau claimed to be reaching two million viewers a month (Publicity with Moving Pictures 1). 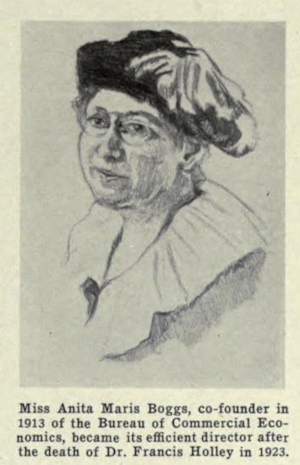 A drawing of Anita Maris Boggs in Educational Screen, April 1939.

Because the Bureau left no consolidated archive, its activities and Boggs’ career must be pieced together through scattered sources. Indeed, I was first alerted to Boggs via correspondence between the Bureau and Universal Film Manufacturing Company in the Harry and Roy Aitken Papers at the Wisconsin Historical Society, a collection I was exploring for a completely different purpose. Piecing together Boggs’ role at the Bureau, as much as I have been able to, required mining the press, alumni association publications, government reports, and scattered archival documents held at various institutional repositories, including the New York Public Library.

Boggs was born into a comfortable Pennsylvania family. After attending a school for girls in her hometown of Harrisburg, she enrolled at Bryn Mawr College and subsequently was granted a scholarship to study at the University of Pennsylvania’s Wharton School of Business for the academic year 1910-1911 (“Pleasant Features”; “Personal and Social News”; “Leave for School Monday”; “Scholarships”). Although we do not know the details of her course of study either at Bryn Mawr or the Wharton School, those experiences seemed to have shaped how she thought about media and its role in society.

Two essays published around the time of the Bureau’s founding, which Boggs wrote a year apart for Pedagogical Seminary, a journal edited by psychologist and eugenics advocate G. Stanley Hall, suggest as much. In the first essay, “Cultural Schools or Continuation Schools,” Boggs makes the case for educating American workers via continuation schools. In the second, “Visualized Opportunity,” she argues forcefully for the potential role of motion pictures in vocational education. In this essay, she explicitly invokes the work of the Bureau, emphasizing that its goal was to “depict fully and accurately the industrial processes and to illustrate how things in common use are made and produced” (449). She argues that these films, which she refers to as “films of opportunity,” will open the world of industry and commerce and thus of employment to their viewers (448). She also describes the audiences the Bureau hoped to serve: university students and subsequently high school students, clients served by settlement homes and missions, members of commercial clubs, and attendees at trade conventions. Although Boggs gestures toward serving other populations —“negroes of the South” and “illiterates of the back country of the United States”—those projects never seem to have materialized (451-452). These two essays suggest that Boggs may well have been the intellectual architect of the Bureau’s mission, or was at least as important to its conception as her co-founder Francis Holley.

Over the course of the Bureau’s first ten years, Holley, who had a compelling backstory that involved being cured of sudden blindness (“Once Blind”), became the organization’s public face and mouthpiece, traveling around the country to promote its work to university leaders, members of industrial associations and corporations, and veterans’ groups. Boggs, however, was deeply involved in the Bureau’s everyday operations and strategic initiatives. The daily work of the Bureau involved corresponding with organizations at home and abroad about film prints, putting together the organization’s catalogues, which went from simple listings of subjects to fairly detailed synopses, and editing the Bureau’s quarterly house organ, Vision. And, when Holley entered into a contract with Universal in 1918 to solicit business for the firm’s industrial film production division, Boggs took on the lion’s share of Holley’s work at the Bureau (Francis Holley to Pat Powers; Francis Holley vs. Universal Film Manufacturing Company). Some evidence suggests that she provided funds for the Bureau’s work and that she leveraged the organization’s connections with Universal to help the budding female filmmakers Adriana and Dolores Ehlers who came from Mexico to study at the company’s various labs and studios (Sherman; A. Maris Boggs to P.A. Powers). 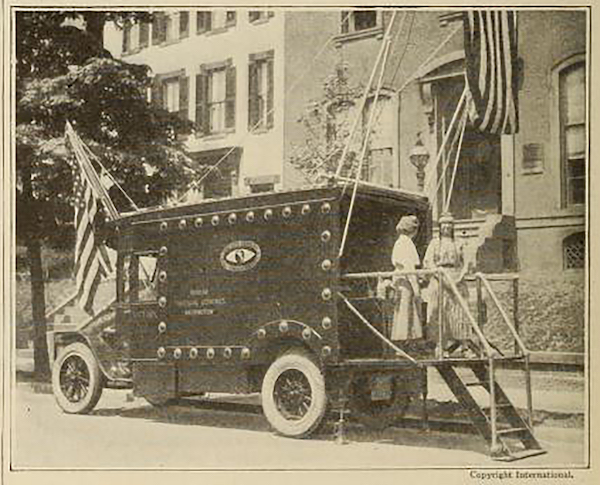 Boggs, her face obscured, with an actress next to one of the Bureau’s projection trucks, Photoplay, July 1921.

In a 1916 speech to the Second Pan American Scientific Conference, Holley talked at length about the work of the Bureau and its advisory council “composed of college presidents and men of international distinction in science and letters,” but made no mention of twenty-eight-year-old Boggs (“The Bureau of Commercial Economics” 86). Some four years later, in a profile written after Oklahoma Senator Robert Owen had advocated for giving the Bureau a federal charter on the floor of Congress, the author noted that Holley seemed to have a “sincere admiration for the talents and activities” of his young collaborator (Sherman). Indeed, Boggs seems to have been engaged in a wide array of professional activities; she was the president of the League of American Pen Women, a literary society, and a member of the Royal Geographic Society, the Academy of World Economics, and the Academy of Political and Social Sciences.

When Holley died in 1923, Boggs became the director of the Bureau and her younger brother, Randolph, its Dean. It appears that under their direction the focus of the Bureau’s work shifted from vocational education to intercultural understanding. In 1933, Frances Mangum profiled Boggs in The Washington Post in an article titled “Dr. A. Maris Boggs Heads Enterprise for World Amity.” The piece, as far as I have been able to ascertain, is the only profile of Boggs that was ever published. Mangum observed that Boggs—“a very tiny, feminine person”—was doing the important work of “introducing the peoples of this old world to one another” by means of “films and lectures distributed to 54 major nations” (Mangum). Boggs offered the example of Syrian audiences whose encounter with the U.S., Germany, or Britain in the form of industrial or educational films might “derive new ideas both for themselves and their community.”

While this aspect of the Bureau’s work focused on, in Boggs’s words, “working people,” she also used Mangum’s profile to highlight the Bureau’s program of “diplomatic salons.” That program gathered U.S. diplomats, military officials, and government workers to hear lectures and watch films about other countries, in an effort to counter what Boggs called “false propaganda.” Surviving evidence of those events indicates that these screenings also promoted the U.S. military and even, sometimes, showed foreign feature films years after their release (“Romantic Uses of Our Movies”;“Navy Night”). This heterogeneity suggests the ways that the Bureau’s activities might have fostered intercultural understanding while also providing opportunities to promote the U.S. military and other institutions.

Sometime in the next few years, the precise date unknown, the Bureau closed after Boggs was forced to retire because of health issues. She died of brain cancer in July 1937 in Jerusalem, where she had been living with the explorer Dorothy Quincy Smith. Obituaries published in major U.S. and international newspapers described her as a “widely known economist and educator” (“Dr. Maris Boggs”) and noted her work at the Bureau, which was described by The Washington Post as a “philanthropic institution designed to promote international understanding” (“Dr. Boggs Dies in Jerusalem”).

Although Arthur Edwin Krows mentions Boggs in one of the series of articles he wrote about the history of nontheatrical film for Educational Screen in 1939 (as does Sean Savage in his 2006 master’s thesis), her role in promoting industrial films as a tool for education and intercultural understanding through the mundane work of connecting interested parties with prints, which had, in turn, been collected from businesses, trade associations, and foreign governments, remained unexcavated until quite recently (Serna 2015). The contours of Boggs’ career suggest the ways in which women’s involvement in the field of nontheatrical film overlapped with other early twentieth-century reformist projects, such as vocational education, Americanization, and Pan-American unity, among others. Research into a figure such as Boggs, who worked for half of her career in the shadow of a male business partner, requires patient multi-archival investigation, allowing us to piece together her contributions while placing nontheatrical film distribution in the wider social, political, and cultural contexts that shaped its aims.

Holley, Francis. “The Bureau of Commercial Economics.” Commercial Education: A Report on the Subsection of the Second Pan American Scientific Congress December 1915-January 1916. Washington, D.C.: Department of the Interior, Bureau of Education, 1916. 85-86.