This year, Il Cinema Ritrovato, a film festival dedicated to rare films and rediscoveries, runs from June 22-30, 2019! As always, this rich festival will take place in Bologna, Italy. 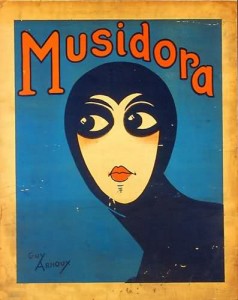 “Once again Il Cinema Ritrovato will act as a time machine, exploring three centuries of cinema, from the end of the 1800s to the start of the twenty-first century; a machine travelling through space, taking us on many journeys through European, American, African, Asian and Latin American cinema. Discover never-before-seen works and rediscover those we’ve loved forever, with the screening of the best copies, newly restored, and with ideal projection conditions.”

This year includes a program dedicated to Musidora called “Rendez-nous Musidora!” as well as a screening of Nell Shipman’s Back to God’s Country (1919), in the “One Hundred Years Ago: 1919” section.