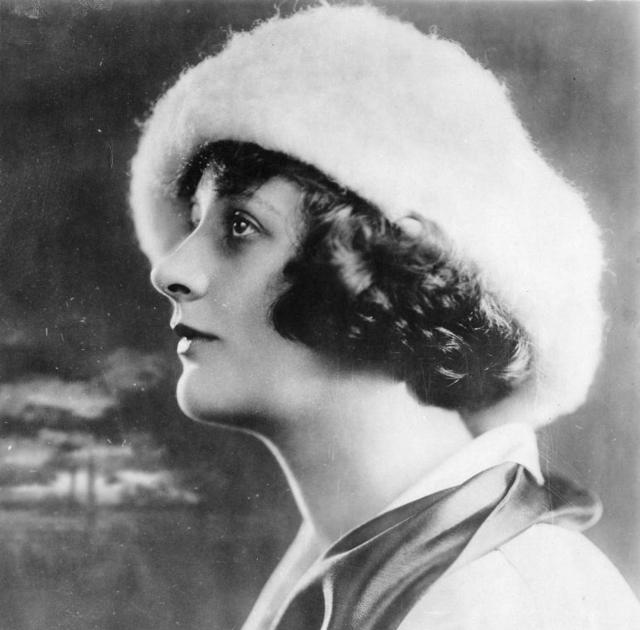 The highlight of Canadian-American Nell Shipman’s career in the US is the 1921–1925 period in which she ran a motion picture company from the isolated woods of Idaho. Details surrounding Nell Shipman’s decision to move her production company from Southern California, first to Spokane, Washington, and finally to Lionhead Lodge on the shore of Priest Lake, Idaho, are still not fully known. We do know that by 1921 Shipman’s dealings with Los Angeles theatre magnate W. H. Clune had become acrimonious. Clune and other investors were enraged with Shipman and her director Bert Van Tuyle’s work on The Girl from God’s Country (1921), the first feature-length motion picture from their newly formed company, Nell Shipman Productions. Investors had wrested the film from Shipman and reedited it badly. Her response, she reported, was to place trade paper advertisements comparing their actions to Chinese men who deform their women’s feet by binding them (Shipman 1987; 2001, 103). Shipman and her lover Van Tuyle had made powerful and vengeful enemies in Southern California. 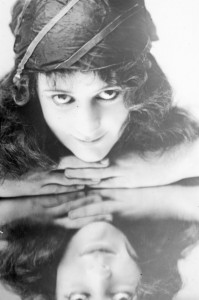 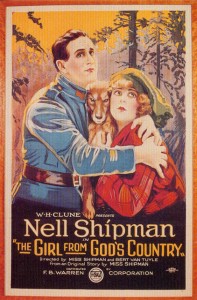 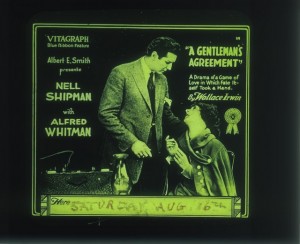 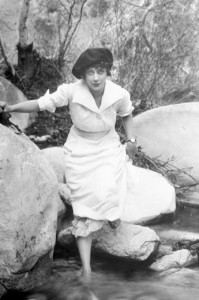 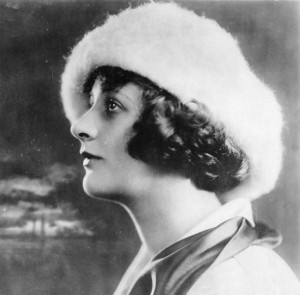 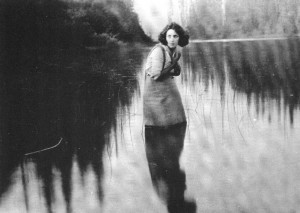 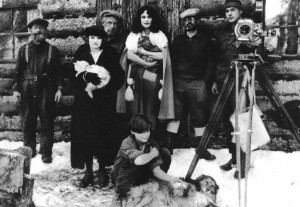 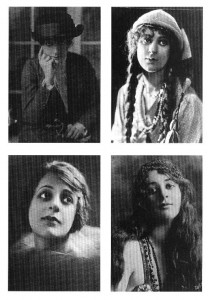 Shooting on the The Grub-Stake (1922), the first of the films they would make in the Pacific Northwest, began in March 1922, and, initially, stock sold well, largely because of the success of Back to God’s Country (1919). The recent discovery of a company stock certificate issued in April 1922 for 100 shares (at $1/share) purchased by or possibly dispersed in lieu of salary to Shipman Company “property man” James Davis, sheds new light on company financing. The company’s California enemies, however, warned would-be investors to beware of being bilked by Van Tuyle, and soon they were out of funds. Shipman, however, was not daunted. As she wrote in the March 1925 Atlantic Monthly, “The Picture! Anything, everything, for the Picture! Of course, others put something in too—ten thousand here, five there, twenty in another quarter—it takes big money to make movies. But with us it was more than money; it was heart’s blood… ” (327).

At Priest Lake, where they moved, they would complete “the animal parts” of The Grub-Stake. Before leaving for Idaho, Shipman had begun purchasing a zoo located in Azusa, California. The size of her menagerie may never be definitively established, however, given the vagaries of Hollywood hyperbole, the ability of animals to reproduce, and the subzero brutalities of Idaho winters. Headlines in a hostile local paper, quoted in Shipman’s biography, provided a grotesque tally as the zoo was finally set to be auctioned off in June 1925 for delinquent rent: “NELL SHIPMAN’S MICE, SKUNKS, AND DOGS WILL BE SOLD!” (160).

In Los Angeles, with 55,000 feet of film from The Grub-Stake, Shipman and Van Tuyle edited feverishly through late autumn 1922, while successfully dodging unpaid actors, but less successfully process servers, including one representing the zoo’s original owner, for missing payments. Family silver, furniture, a fancy touring car, bank accounts—all were taken or attached, but Shipman and Van Tuyle managed to send a tinted and toned screening print to New York where they recut it. Years later in her autobiography, Shipman admitted that the distribution deal that she struck for The Grub-Stake with American Releasing Corporation was premature and disadvantageous to her. They would receive no advance and only a 60/40 split on receipts, not the 70/30 arrangement that they had sought, and at the time the motion picture was estimated to have cost them around $180,000 (114–115).

When the American Releasing Corporation went out of business, distribution of The Grub-Stake was taken over by Lewis J. Selznick, who also distributed Shipman’s series of outdoor two-reelers, the Little Dramas of the Big Places, produced at the Lionhead Lodge “Studio-Camp” at Priest Lake. A dozen Little Dramas were announced, and four were completed and released: The Trail of the North Wind (1924), The Light on Lookout Mountain (1924), White Water (1924), and Wolf’s Brush (1924). A fifth, The Love Tree, was in production when Shipman and her company collapsed in 1925. However, this story survives as Shipman’s illustrated children’s book, Kurly Kew and the Tree-Princess: A Story of the Forest-People, Told for Other-People, published in 1930.

Shipman’s Little Dramas, like many of her films, are highly autobiographical. Yet their female protagonist, Dreena, is no longer merely the brave, warmhearted, strong-willed, by-last-reel married-mother of her feature films. She has evolved into a brave, warmhearted, strong-willed, childless-but-nurturing, unmarried female professional. Dreena and Shipman are both wilderness journalists or writers. They would save animals from hunters and trappers and old growth forests from loggers. Their sympathies are aligned with the less fortunate, such as fatally ill children and Native Americans. Shipman and at least one distributor realized these “little” films were pioneering in at least two ways. Instead of melodrama’s villain, the mythical evildoer lashing a hapless damsel to railroad tracks, Shipman makes Nature—the wind—into a villain in The Trail of the North Wind. Moreover, these were poetic stories, poetically filmed, as seen in Robert S. Newhard’s cinematography for the Little Dramas, three of which are extant.

In The Silent Screen, Nell Shipman’s autobiography, she describes the last two years at the Studio-Camp at Lionhead Lodge as a series of disasters and melodramatic responses. During a record cold winter in 1923–1924, Van Tuyle’s foot, frostbitten while making Back to God’s Country (1919), became gangrenous and he became delirious with pain. With the assistance of locals, Shipman rescued him, managing to transport him down the frozen lake to the hospital, imitating in life the heroine she had played in Back to God’s Country and making national headlines. Three amputated toes later, the couple was reunited and began preparations for shooting the Little Dramas series. The final debacle, precipitated by jealousy, occurred almost a year later. At Lionhead Lodge, New Year’s Eve 1924, Van Tuyle found Shipman dancing with a young actor, and, rifle in hand, accused them of impropriety. Shipman left the lodge and walked out onto the frozen lake. In her autobiography she says that she was intent on throwing herself into open water. She was saved, however, by little Barry Shipman, her son. The two fled down lake and to Spokane, and from there traveled to New York City, never to return to God’s Country or the silver screen (1987, 155-166).

3. Nell Shipman as Actress and Screenwriter

Back to God’s Country. Available on DVD (Image Entertainment US 2001).

Something New. DVD (Image Entertainment US 2001)

The Nell Shipman Collection: From Lionhead Lodge DVD (The Idaho Film Collection US 2008)

The Nell Shipman Collection: The Short Films DVD (The Idaho Film Collection US 2007)

Trailer for Girl From God's Country (2014), a documentary on Nell Shipman: http://gcgproductions.com/

Excerpt from The Light on Lookout Mountain (1924)