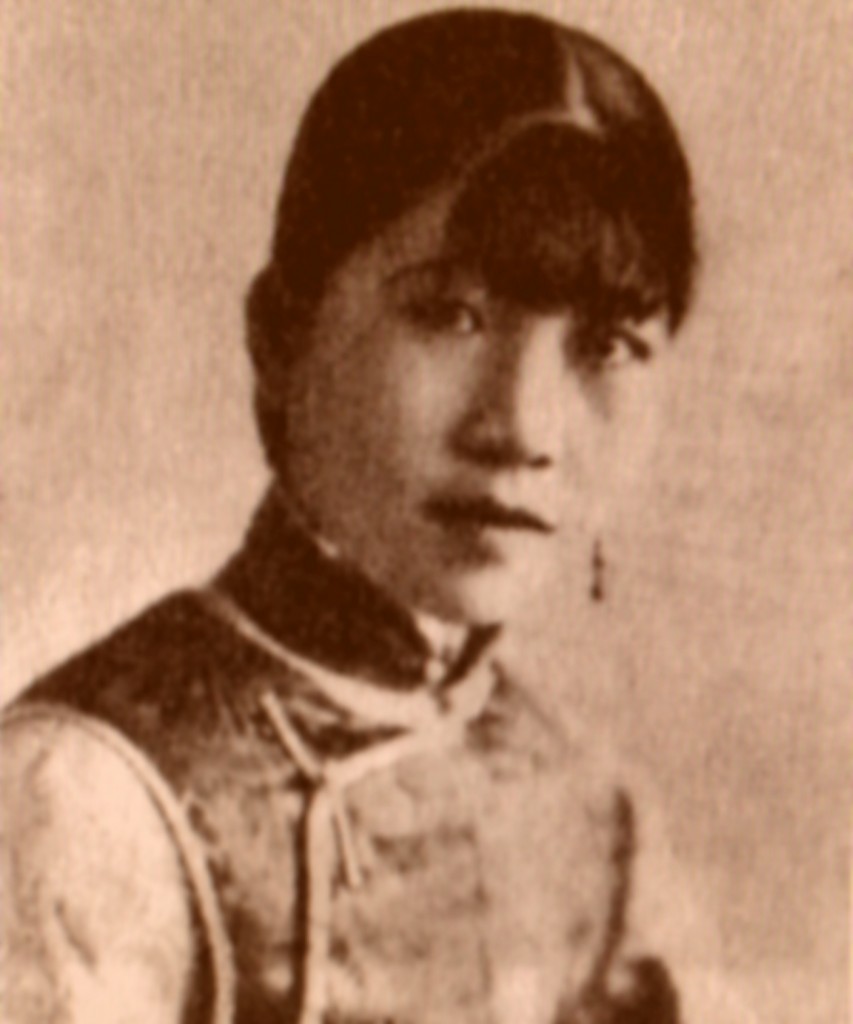 Caizhen Xie is regarded by several existing sources as the first female director of Chinese cinema who worked in China. (This is, of course, with Marion E. Wong in mind as the first Chinese woman to direct a film anywhere.) Tan Ye and Yun Zhu’s 2012 Historical Dictionary of Chinese Cinema, for instance, has the following description of her work:

While working for Li Jiran’s newly founded and short-lived Nanxing Film Company [Southern Star Film Company], Xie directed and starred in the silent feature film, Orphan’s Cries [sic] (1925). The only product released by Nanxing [Southern Star], the film tells about the tragic experiences of two orphans, whose late father was framed by his stepmother and estranged from his wealthy father (184).

They note that, as an actress, Caizhen also starred in Dan Duyu’s 1925 film Little Master. Prior to this, Caizhen had co-starred with leading actress Pearl Ing in Dan’s “philosophy film” Some Girl (1925). While Pearl played a country woman named Purity, Caizhen played one of her egos: Vanity. Her performance was praised by a critic using the pen name of Aiyun (17). 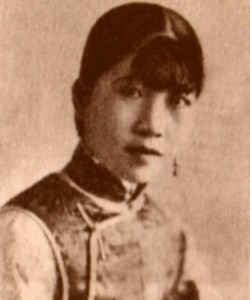 A Shenbao article from August 1, 1926 called Caizhen a veteran actress, and listed three more of her films before Some Girl, including Little Brother (1924), and two films produced by the Lily Film Company—The Student’s Hard Life (1925) and Filial Girl Takes Revenge (1925) (“Escape from the Sea” 17). Another brief news item in Shenbao on March 9, 1926 suggested that Caizhen played the second billing role with Han Lanzhen as the female lead in a comedy entitled He’s Not a Fool (1925), which might have been a remake of a 1921 film of the same title. Yet this is the only source for this piece of information (“Entertainment News” 12).

The highlight of Caizhen’s film career is, of course, her only known directorial work: An Orphan’s Cry (1925). From September to December 1925, the newspaper Shenbao ran a series of reports on the film’s production. A press release on September 4, for example, stated that the film was written by Lu Zutong, and Zhang Shewo had been invited to be the producer and director’s consultant. The leading actresses were Caizhen and Zhu Xueqin, while the male lead was Xie Yonglan (also known as Xie Yunqing). The report suggested that Caizhen and Yonglan were siblings, and already had plenty of experience acting (“Entertainment News” 18). Ten days later, another brief report in Shenbao identified Yonglan as the director of the film (“Southern Star’s” 17). On September 20, a reporter named Hong described the biggest scene of the film, which involved forty or fifty extras playing guests at a rich man’s banquet. Yonglan was reportedly directing the actors, and all of Southern Star’s employees were present (18).

A short article in Shenbao on December 19, 1925 announced that “An Orphan’s Cry Will Premiere in Victory Theatre” the next day (15). A week later, the critic named Aiyun wrote a relatively detailed report on the audience’s reaction to the first public screening:

The premiere was in the Victoria Theatre with considerable attendance. 20-30% of the audience consisted of foreign gentlemen, ladies and children, which reflected the film’s attraction. I heard that many came to witness the art of Xiang Yingying. Because most foreigners do not think that Chinese can really act, they came to see how this child actor plays his tragic role. I think this film reflected the realistic struggle in life. It has a tight structure, and the editing was well done. Without excellent acting from Xie Caizhen and Xiang Yingying, however, this film would not be interesting (17). 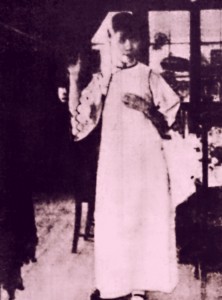 The report also mentioned that Chinese and English subtitles were available, though the projection was a little too dark (17). The report did not mention the director’s name.

In a combined issue of Shanghai Film History Documents from 1993, an editorial note on the inside page of the back cover claimed:

In the spring of 1925, Ms. Xie Caizhen was invited by Mr. Li Jiran to direct a film for the newly founded Southern Star Film Company: An Orphan’s Cry. The film has a family-problem theme, and Ms. Xie also plays an important role in the film. Before this, she played important parts in films like Back Home from the City and had abundant filming experiences. In December of the same year, An Orphan’s Cry was screened in Victoria and Empire Theatres for eight days and had a rather impressive box-office record (n.p.).

In the mid-1920s, the average run of a film in big theaters like Victoria and Empire was three to five days, so eight days was considered rather successful. Even though one report mentioned in passing that the technical deficiency of the film affected its reception (Guiyan 17), the film had a couple more screenings at the Republican Theatre, though only for one day, May 17, 1926 (“An Orphan’s Cry to be Shown in Republican Theatre” 20).

On New Year’s Day, 1926, Shenbao printed a chart of films, listing only the names of leading actors, actresses, and directors. An Orphan’s Cry was listed with “Xie Caizhen” and “Xie Caizhen” as both protagonist and director (“Brief News” 54). Her brother and co-star in the film, Yonglan, moved on to a very prolific career as an actor. He appeared in more than fifty films between 1925 and 1937, including the two other films in which Caizhen also co-starred: Some Girl and Little Master. Yonglan also wrote and directed a popular film entitled Don’t Change Your Husband (1929), possibly adapted from the Hollywood film of the same title starring Lyton Wong and T.S. Tang (Xiao 10). The last news item on Caizhen in Shenbao was a brief story in August 1926 announcing that she joined the cast of Escape on the Sea, a film to be produced by the recently founded New Shanghai Film Co. Caizhen was invited to play the sassy maid of a quiet and elegant young mistress (“Escape from the Sea” 17). It is not clear whether the film was completed, since neither the film nor the production company is searchable in any existing database.

A 1932 article by Wei Taifeng in a short lived film daily, Camera, mentioned in passing that Yonglan’s older sister once directed a film, which is another source asserting Caizhen’s role behind-the-scenes (n.p.). Since the print of An Orphan’s Cry is lost, we cannot see how Caizhen was credited in the film–and whether or not her brother Yonglan received a credit for anything besides his role as an actor. Despite the film’s success, Caizhen disappeared from the public eye in 1926. Other information concerning her life and work, as yet, remains undiscovered.

1. Xie Caizhen as Director and Actress

Further research is necessary to confirm Xie Caizhen's involvement in Back Home From the City, a title mentioned by the editorial note in Shanghai Film History Documents.