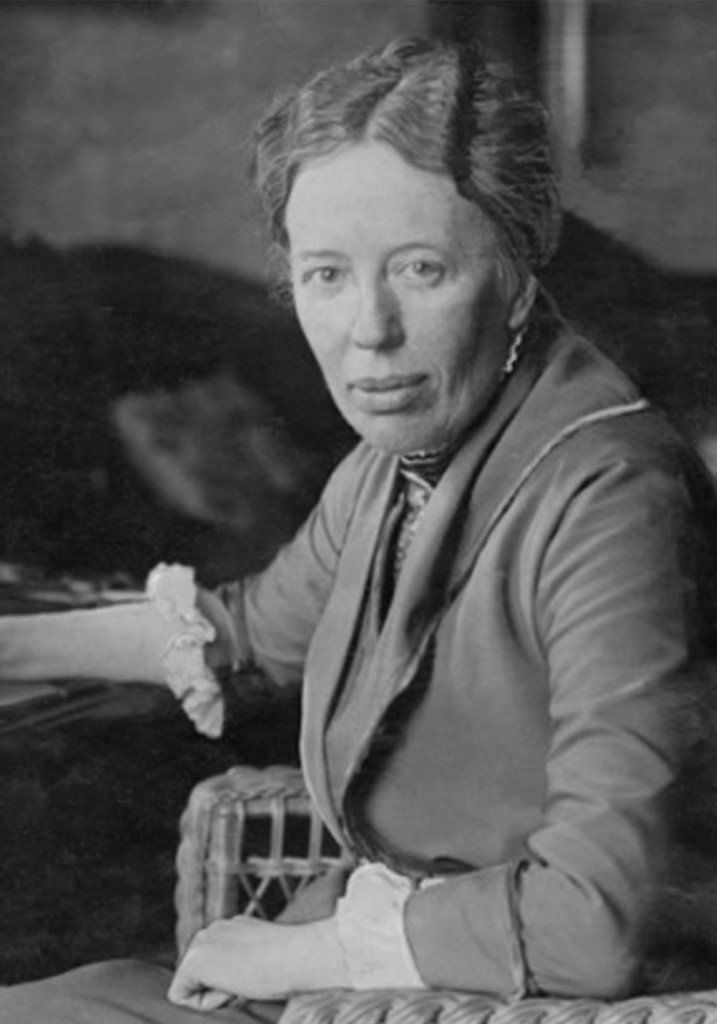 Born in Karlskrona in 1868, Marie Louise Gagner was raised in Helsingborg, and died in Stockholm in 1933. She received her diploma from the Teachers College in Stockholm in 1893 and was thus eligible for teaching at upper-level girl schools as well as in co-educational programs. Hired in 1895 at the Teachers Seminar for Normal Schools in Stockholm, she was first an adjunct with tenure and in 1919 she was promoted to the rank of lecturer. Gagner formally retired in 1928. Her life’s work was dedicated to pedagogy and children’s developments and experiences in relation to language acquisition, literature, and popular culture. She was very actively involved in didactic initiatives and a member of many pedagogic bodies. Gagner’s outlooks regarding culture and educational matters were framed by her Christian faith with a feminist slant and its challenges in the face of modernity and modernism.

Gagner published widely: introductions to famous Swedish authors for young readers, and for the same target group of readers, an oft-reprinted hagiographic account of General Charles George Gordon’s military career and his role as Evangelical warrior first in China and later in several campaigns in Africa in the service of the British Empire. Gordon, “the hero of heroes,” as Gagner titled her 1909 book, was killed in Khartoum in 1885.  In addition, Gagner edited literary anthologies, translated novels for young readers, and authored a textbook on orthography and grammar, which was published in many editions. And she published pamphlets in the campaigns against pulp literature in the vein of Nick Carter alongside tirelessly working for what she considered inspirational reading.

Gagner’s involvement with children’s reading and creativity was the background for her discovery of the educational possibilities of moving images as well as their putative detrimental influences. She and her activist colleagues alleged that cinema chocked full children’s fantasy life by being over-concrete and favoring cheap melodrama and crime stories over the many-sided opportunities afforded by non-fiction genres for cinematic education. 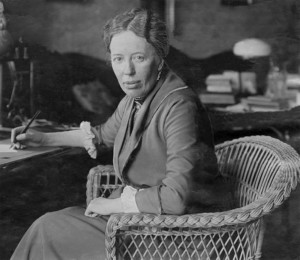 A first wave of press dissent vis-à-vis cinema came to the fore in late 1905 in Gothenburg as well as Stockholm. Gagner and her teacher colleagues actively mapped film exhibition in several cities in 1907 as a precursor to a public debate on February 24, 1908, which put the question of children and cinema on top of the cultural agenda. The meeting led to the forming of a committee within the Pedagogic Society for monitoring film culture. At the meeting Gagner emerged as the leading spokesperson in defense of vulnerable children. In 1907 She had already published a first note on cinema in the weekly magazine Idun (607-08) and her introductory speech at the campaign meeting was published as Barn och biografföreställningar or “Children and Moving Picture Show,” first in the journal Verdandi and later in 1908 as a pamphlet. The Swedish debate and its line of reasoning in many ways mirror the “crusade” against moving pictures in Chicago in the spring of 1907 (Grieveson 2004, 59), apart from the absence of clerical involvement in Sweden. Also, Sweden did not have a juvenile court system, and officers from the juvenile-court system played a key role in the Chicago debate. In Sweden, in the absence of such courts, the case reporting came via pedagogues after consulting with the police.

After fruitless attempts from the Swedish film distributors to muffle the criticisms from the Pedagogic Society and its supporters, a government investigation was formally launched with Gagner, the CEO of Swedish Biograph, Charles Magnusson, and the legal authority Per Cronwall as investigators (Boëthius 1989; Olsson 1988, 1990 and 1995). As a part of the investigation, Gagner visited Germany to study film culture there. The investigators’ findings and proposals led the Parliament to establish a national censorship body for film inspection in Sweden named Statens biografbyrå, which began operating in December 1911. This body lasted for almost a century and Gagner was one of the first three censors. She stepped down to deputy censor after only a year, but remained in that honorary capacity up until her death.

The first generation of censors, led by Dr. Walter Fevrell—who also had an activist background with the Pedagogic Society—was by its many spectacular bans of films, plus cutting of scenes in others, instrumental in recasting production practices in Sweden. Among the notable casualties were Georg af Klercker’s Tvänne bröder/Two Brothers (1912) for Swedish Pathé, Victor Sjöström’s Världens grymhet/Trädgårdsmästaren /The Broken Springrose (Svenska Biografteatern, 1912), and Asta Nielsen’s feature In dem grossen Augenblick (Deutsche Bioscope, 1911). Regarding this latter title, Nielsen penned an open letter to Gagner, woman to woman, pleading for a revoking of the ban. Gagner had however not participated in the inspection of this particular title and after an intense press campaign and a non-public screening for journalists, the government turned down the formal complaint as it did all the subsequent complaints (Olsson 2009).

The period of 1907 through her tenure as a full-time censor displayed Gagner’s most intense involvement with film culture although. After 1912, her main focus shifted back to teaching literature and language at the Teachers Seminar. After her pioneering stint as an activist and subsequently as a civil servant in her job as  a regular censor, she continued to be involved in the capacity of  honorary deputy censor, participating in several international film congresses up until her death in 1933.