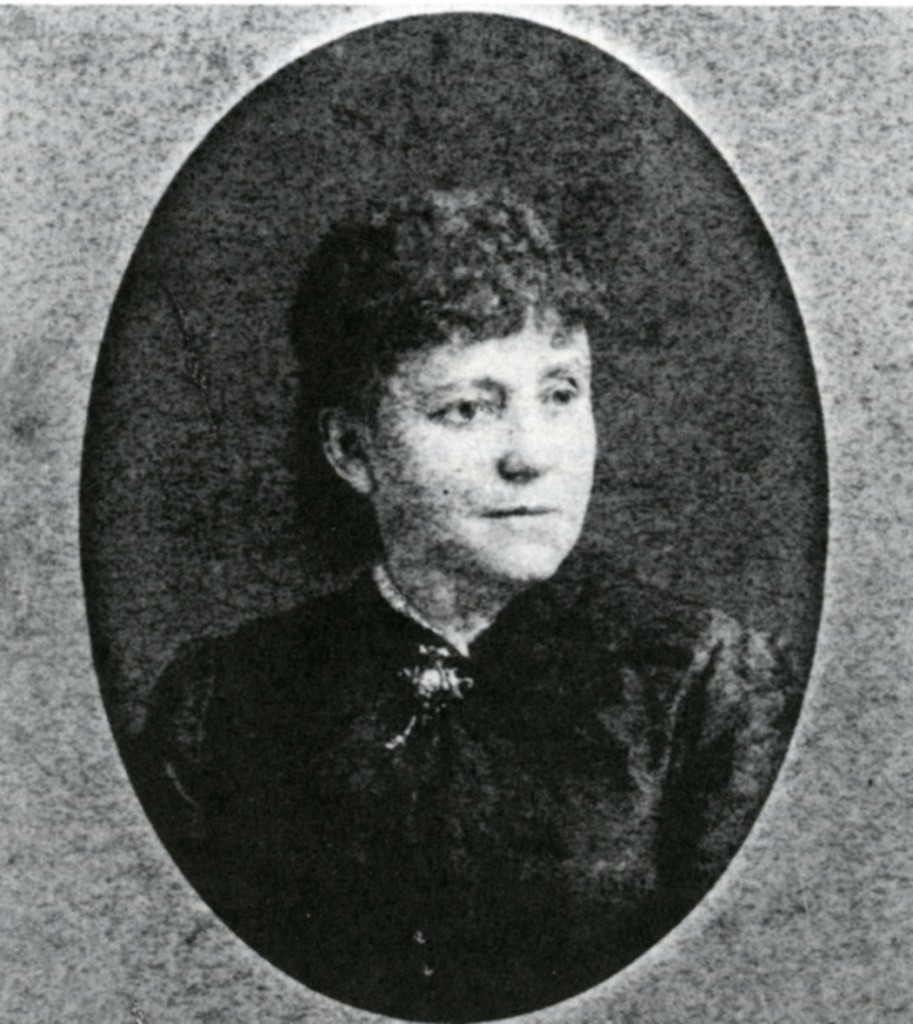 Very few women were involved in the early itinerant cinema business and Marie de Kerstrat was certainly one of the most singular figures in the field, having dropped from the social standing of a French countess to become the manager of a traveling show in eastern Canada and the United States. Her profile opens interesting questions to historians of cinema, as well as historians of the women’s life; for the Montreal based historian Chantal Savoie, women of this era had to constantly negotiate and compromise as a means  of acceptance within the field they wanted to develop (2003, 196). Marie de Kerstrat was a good example of this situation, as well as another early Montreal woman film pioneer Emma Gendron.

Marie Joséphine Charlotte de Tréourret de Kerstrat was born in France in 1841, having among her ancestors the famous Mirabeau family. These aristocratic families lost their position after the French Revolution and her father had to sell his domain and put his three daughters in a convent. Marie married an aristocrat from Brittany, Count Gustave de Grandsaignes d’Hauterives, a simple customs officer despite his impressive name. Marie received a donation from an old aunt and decided to invest it in a then very new business: tourism. She bought properties along the Atlantic shore and built villas that she rented to tourists mainly from Paris or Great Britain. The place was beautiful and drew many important artists who came there to paint and helped bring other customers. Her life would probably have continued in this pleasant environment of great landscapes and distinguished guests if there had not been a young man around: her own son Henry. Born in 1869, he later went to Paris to study law; but he loved leisure more than work and, after marrying, he spent the dowry of his wife who ran away with their son and then, in 1896, asked for a divorce. Like his mother, Henry had an imagination and he decided to travel to America to try to earn money within the new cinema business. He had ideas, but not much leadership capability and, when he soon came close to ruin, asked his mother for help. Meanwhile, the old Count had died and Marie made an audacious decision: go to America with her son and manage this new business that he wanted to start. She left her villas under the management of a notary and took the boat for Montreal. 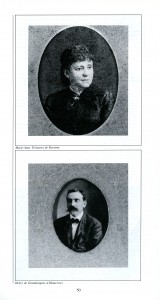 In the end of October 1897 Marie and Henry landed in Montreal where they started the first exhibitions of the show they called the “Historiograph,” mounted by their venture, The Historiograph Company. Already well-informed about the then very religious culture of French Canada, they had selected a program that would be pleasing as well as educational: the Lumières’ Passion Play and other historical films. After a great success in Montreal they started touring the small towns around Montreal and Quebec City and they rapidly established a reputation for the quality of their show. Henry might have been a poor businessman, but he was a talented speaker and soon became a very skilled film lecturer. After touring the Quebec province they went to Ontario and exhibited many shows in Toronto, Ottawa, and elsewhere. To obtain recommendations from authorities Marie developed a model of philanthropic business: twenty percent of the revenues were donated to the institution that patronized the presentation: schools, churches, and other benevolent institutions.

However, a traveling show cannot be managed like a tourist resort; the business has to be taken on the road to stay profitable. Soon she understood that the eastern United States could be a better market for their business and thus they took their show to New York City, Boston, and Atlantic City. Going south offered another kind of relief, the Canadian winter being as bad for health as for revenues. So within a few years, the pattern was established: summer and fall in Montreal and the neighboring areas, winter and spring in the eastern United States where the Historiograph Company became the Dreamworld Company and later the Parisian Mimodramas. New French films from Méliès and Pathé were added to the show every year and Henry, who also spoke English, could perform in both the United States and in Canada. Quite rapidly Marie de Kerstrat had established a reputation that allowed her to earn a good living and even pay back part of her son’s debts. Traveling was difficult but had some consolations, among which was going back to France every year. The peak of this business was said to be in 1904 when Marie and Henry presented their Dreamworld show in St. Louis, supposedly on the site of the World’s Fair. However, for the “Motion Picture Countess,” as she was called in Montreal, the descent was close. 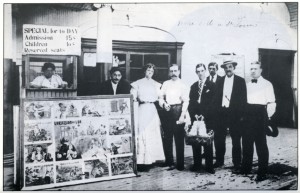 Marie de Kerstrat (at the ticket counter) and son Henry (fifth from the right) in front of their St. Louis moving picture show. Courtesy of the Archives Départementales du Finistère.

In the spring of 1905, nickelodeons started to boom in the United States and this fever soon reached Montreal. The first “scope,” as it was called there, opened in Montreal in January 1906, and within a few months there were about twenty more. In New York City, Boston, and Atlantic City, there were now hundreds of the same; the traveling show had to evolve rapidly to survive. Marie de Kerstrat had already shown that she was able to shift fast and did so again. In 1907, she rented two theaters in New York and transformed the traveling show into new refined nickelodeons. But the competition was very tight and new difficulties arose that were hard to solve, as Marie testifies in letters to her notary in France:

What she did not see or neglected to say is probably that the difficulties she encountered in this business were because she was a woman with character and determination. Men certainly did not like too many women around in this new venue and most likely hated one who could oppose them.

Marie stopped the exhibition in New York and moved to St. Louis where the conditions seem to have been easier and allowed her to survive for a while as an independent exhibitor. But yet this would not make it easier and finally she gave up being part of the business in the United States and found other territories. She spent the autumn on the French island of Saint Pierre off of the coast of Newfoundland where motion pictures became a good attraction for the numerous teams of fishermen. There, she also started a new profitable sideline—he bought Brittany needlepoint lace without the taxes that made it so expensive on the continent and brought it back to Bermuda where she could sell it at a higher price to rich tourists while Henry operated the cinema that she probably supervised as before. This allowed them to survive from 1910 to 1913. 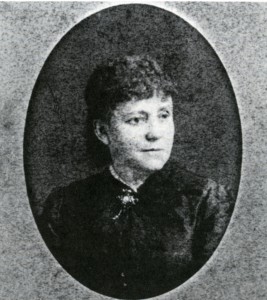 In 1913, Marie reached her seventy-second birthday and decided the time had come to have a smoother life and returned to Brittany to try to start a new cinema that would allow Henry to earn his living.  They established themselves in Dinard, a city popular among tourists and vacationers and opened a theater called Le St. Pierrais in honor of the people of the islands. But this was the summer of 1914 and, a few weeks later, France and all of Europe was involved in World War I and thousands of businesses, among them cinema, closed. Henry became a clerk for the French army in Rouen where his mother lived with him, but she returned to Brittany around 1920 to spend the last months of her life with family and friends. She is buried in the cemetery of Pont L’abbé with her husband and son. For decades she was completely forgotten, but her story was rediscovered as historians started researching for the cinema’s centennial in the 1980s. First, we discovered the shows, then Henry as the first film lecturer in Quebec, then the importance of Marie de Kerstrat as the real manager of this traveling show through which most Quebecers and thousands of Americans had discovered motion pictures. But being a woman pioneer is probably not even the main feature of this story; as important would rather be all the detours Marie took to become not only a motion picture film exhibitor but also an independent one. The only dependence in her life might have been that of her beloved son, but that she knew, even if she never would acknowledge it.