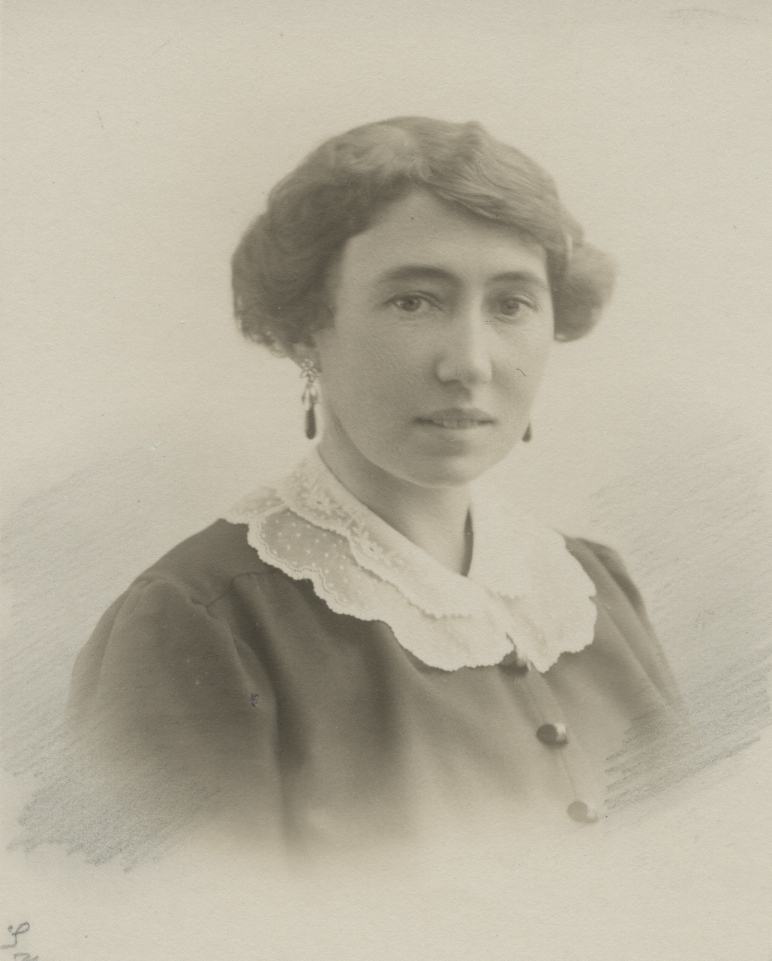 Harriet Bloch is regarded as the first professional female screenwriter in Denmark (Sundholm et al. 2012, 405) and as one of the most successful Danish screenwriters to this day (Schröder 2011). She had no formal training in writing, but picked up knowledge of films at the cinema where she could watch up to three films a day (Bloch 1962, n.p.). The idea of writing screenplays of her own came from watching Urban Gad’s classic silent film Afgrunden/The Abyss (1910) starring Asta Nielsen. Bloch figured that she would be able to write something of a similar quality, and she thus sent an unsolicited screenplay to the cinema owner and film producer Constantin Philipsen, who had opened Denmark’s first cinema, Kosmorama, in 1904. According to Bloch, Philipsen was not interested in her story because he only wanted films that were either really vulgar or really exciting and this was a romantic melodrama (1962, n.p.). However, Nordisk Film took an interest in the story, which became August Blom’s Hendes Ære/Lady Mary’s Love (1911). The film was presented as a play in fifty sections by “Mrs. Harriet Bloch” on the cover of the printed programme, which labelled it as part of an “art film series” (Redvall 2015, 268). 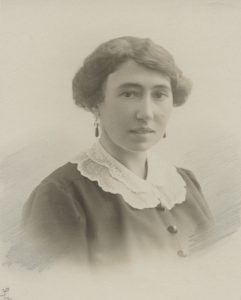 In an interview recorded by Danish film historians Arne Krogh and Ib Monty in 1962, Bloch estimated that she had written 150 films, some of which were never made. One hundred of the screenplays were sold to Nordisk Film, but she also wrote for other companies in Denmark, as well as in Germany and Sweden. In spite of the many screenplays sold to Nordisk Film she was never on the permanent staff but remained an independent freelance writer (n.p.). In the beginning of her career, Bloch was paid in the range of 50 DKK per screenplay when writing shorter films and up to 3000 DKK at the end of her career. In 1916 she sold twenty-one screenplays and had an income of 6000 DKK, which was almost as much as her husband who was a self-employed engineer (Schröder 2011, 607).

Bloch rarely used pre-existing books, plays, or other source material for her screenplays. Her breakthrough as a screenwriter came around 1913-14 and she was known to be the favorite screenwriter of Ole Olsen, the head of Nordisk Film, although she never met him. She was also the favorite screenwriter of the biggest Danish male star in the silent era, the world famous Valdemar Psilander (Schröder 2017, n.p.). Bloch found Psilander to be very appealing and wrote ten films for him. In 1916, they made the Blom film Du skal elske din næste/The Samatarian. In the programme the film was presented as a “novel on society” [“samfundsroman”] in three acts and sixty sections directed by Blom and starring Psilander, but with no mention of Bloch. Another film they made in 1916 was Manden uden Fremtid/The Man Without a Future. Psilander once told Bloch that he dreamed of playing a cowboy and she wrote the cowboy part, Percy Fancourt, for him. It became her favorite film (Bloch n.p.).

As the titles of many of the films credited to Bloch bear witness to, she wrote several stories about women and love. Most of these were domestic melodramas, which were predominant in 1910s Danish cinema. She wrote her screenplays from a woman’s point of view, wrote about women, and her position as a woman may have drawn many women to the theatres. Infidelity, love intrigues, gender issues, and love entanglements among the upper classes of society were frequent topics in her films. Members of the working class were rarely seen. This was in line with the “Instructions for Film Writers” [“Instruktioner for Filmsforfattere”] issued by Nordisk Film in 1912 (Nørgaard 1971, 99; Schröder 2011, 330). This manual, now held in the Nordisk Film Collection at the Danish Film Institute, informed writers about what to tackle (they should focus on dramas with a few main characters that take place in the present and among the upper classes), as well as what not to write about (e.g., the military, historical topics, crime, anarchism, nihilism, or poor people). These instructions had to be obeyed in order to sell a screenplay to Nordisk Film.

Bloch seems to have been continuously writing from 1911 to 1920. However, she wrote all screenplays from her home where she lived with her husband and their six children. In the interview with Krogh and Monty, she notes that her husband probably never saw her writing as she wrote while he was at work, and, besides occasional meetings at the production companies, she did not socialize with the industry. For Bloch, one of the attractions of writing screenplays seems to have been that they did take too long to write and they could thus be fitted into her other duties, while the thought of writing a novel was overwhelming (Bloch n.p.). 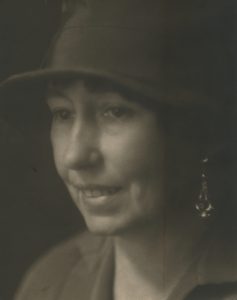 Over the years, Bloch gained a solid reputation as a writer even if she was unknown to the general audiences. She had work offers from Sweden, where the popularity of Danish melodramas led to the hiring of several female writers with experience in this genre (Forsman and Sundstedt 2015, 550-552). Her most well-known Swedish film is the Mauritz Stiller comedy Kärlek och Journalistik/Love and Journalism (1916). Bloch also sold some screenplays to Germany. F.W. Murnau directed one of them in 1921, Der Gang in die Nacht/The Dark Road. In the 1962 interview she explains how she tried to get a film made in the United States, but did not succeed (n.p.).

Although not many Danish women wrote screenplays in the 1910s, Bloch was not the only one. Agnete von Prangen (1880-1968) was married to director Blom. She acted in films from 1912 onward and moved into writing screenplays from 1914 to 1919, but she was mainly known as a lead actress in films for Nordisk Film. Helen Gammeltoft (1895-?) is credited with twelve screenplays from 1916 to 1919. She was also an actress and wrote screenplays exclusively for Lau Lauritzen, Sr. in which she frequently played the leading role. Emma Pedersen (1868-?), Rigmor Holger-Madsen (1890-?), and Ljut Steensgaard (1884–1968) all wrote a few screenplays in the 1910s, but none of these writers were as productive or prolific as Bloch.

Bloch left the film industry by the late 1920s. She wrote a few plays that were never produced and also some radio dramas, but her main occupation became managing the two apple plantations that she ran with some of her sons. She was proud of having been able to buy the plantations with the money that she had earned from screenwriting. However, based on her description of her career in Krogh and Monty’s interview, Bloch seems to have never regarded her screenwriting work as a real profession, but rather as a fun hobby, which earned her some extra money (n.p.).

February 2019: Recent research suggests that the extant En Lektion (Dir. August Blom, 1911), which was included in the filmography at the time of publication, was actually written by someone else. A print of this film is held at both the Deutsche Kinemathek and the Danish Film Institute.