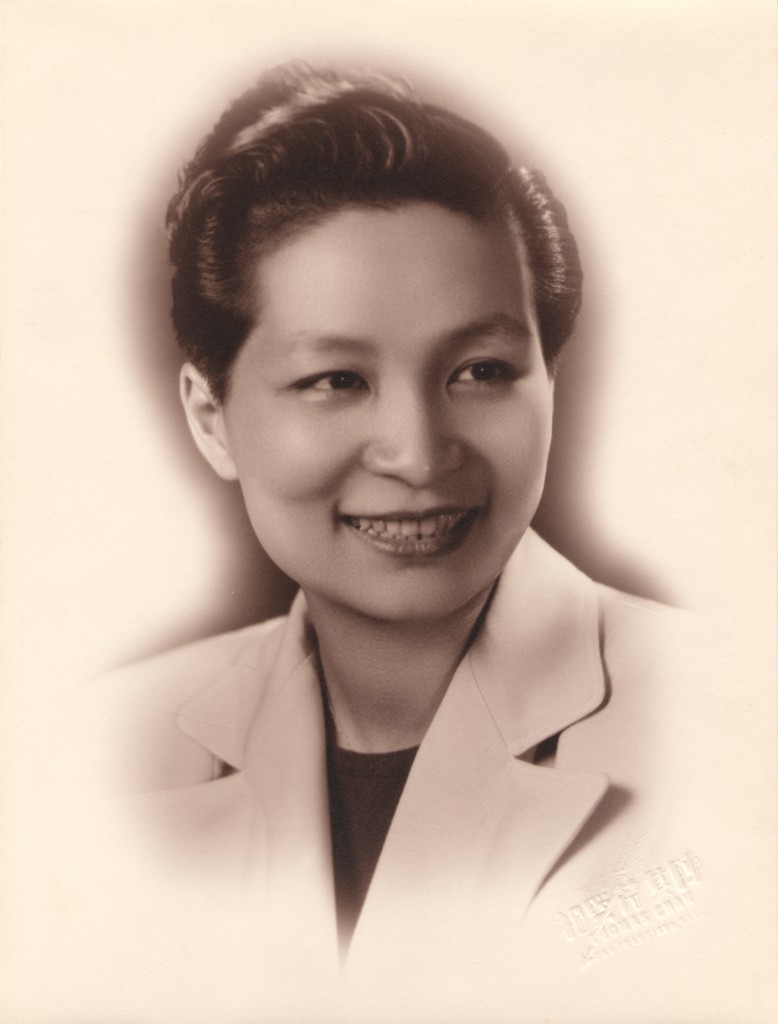 In 1946, the Seattle Times described the visit of a young Chinese-American filmmaker: “Still in her teens, and with no background of such a venture, Esther went to Hollywood, rented a studio in Sunset Boulevard and made her first picture for Chinese markets here and in China” (n.p.). This may be somewhat of an exaggeration because Esther would have been in her early 20s, but her youth was still remarkable. Once called China’s first woman director by both the Chinese and American press, Esther Eng had been forgotten for twenty-five years after her death when, in the summer of 1995, Todd McCarthy, then chief film critic for Variety, came across her name in the credits of Golden Gate Girl (1941). It was a Chinese film Eng had directed in San Francisco. McCarthy provocatively claimed in the August 21-27 issue of Variety that Eng was “an Asian woman filmmaker who had utterly eluded the radar of the most diligent feminist historians and sinophiles” (10). This statement inspired veteran film critic Law Kar to research and write on Eng’s life and work, and he concludes that “[i]f Eng had worked in the film industry today, she could have easily been seen as a champion of transnational filmmaking, feminist filmmaking, or antiwar filmmaking” (313). 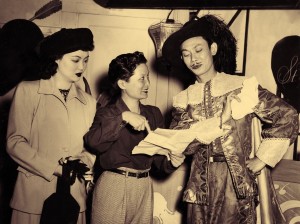 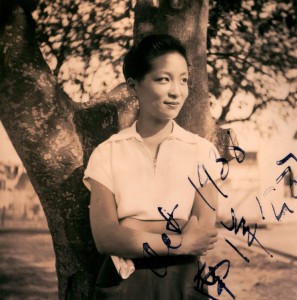 Esther Eng was a female filmmaker who worked as a director, a writer, a producer and a distributor. In her creative and business endeavors, she was a woman pioneer who crossed the boundaries of race, language, culture and gender. As a young San Francisco-born teenager, Esther Eng learned about film by watching hundreds of them in the local theater. She grew up in a period where public attitude toward China was improving due partly to Pearl S. Buck’s positive portrayal of Chinese peasants in her 1930 bestselling novel The Good Earth, while Chinese-Americans unfortunately still lived under The Chinese Exclusion Act. In 1933, a U.S. screening of the The Battle of Shanghai, a documentary about the Chinese resistance against the 1932 Japanese military advance on Shanghai generated a great deal of patriotic feeling among local Chinese communities. This development indirectly landed Eng her first chance at filmmaking. Moved by patriotic sentiment, Eng’s father started the Kwong Ngai Talking Pictures Company (a.k.a. Cathay Pictures Ltd.) with a friend and assigned her as co-producer of what would become Heartaches (1935), a melodrama depicting the Chinese war effort. The Los Angeles Times review declared it the “first oriental production with sound finished in Hollywood” (A2). 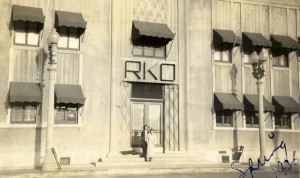 The next year the Chinese Digest, an English language periodical published for the West Coast Chinese community, announced the San Francisco premiere of Heartaches along with news that “Miss Eng” and the film’s leading actress “Miss Fong” (Wai Kim Fong) would “journey shortly to China to seek prospective film stars for their coming productions” (2).  The local publication Rose reported that the two young women were welcomed to Hong Kong in June of 1936 by a slew of film companies and local media. To those present, Eng declared her wish to promote Chinese national filmmaking in the US. She would not return to the U.S., however, without making a splash in Hong Kong. Thanks to publicity drumming up its Hollywood production credits and the film’s patriotic content, the film caused a sensation in Hong Kong, Guangzhou, and Singapore. Eng then registered Kwong Ngai Talking Pictures in Hong Kong and took her career in a bold and risky direction. For her next project, National Heroine (1937), she cast her friend and travel companion Wai Kim Fong in the female lead and booked top-billing star Kwong Shan Siu for the male lead. To head the project, twenty-two year old Eng took up the director’s chair herself without any of the studio apprenticeship that was essential in launching the directing careers of the few women directors of her time, notably American Dorothy Arzner, Japanese Sakane Tazuko, and German Leni Riefenstahl. 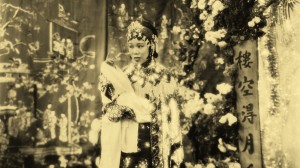 National Heroine premiered successfully in Hong Kong in March 1937. The film departed from Heartaches, whose female protagonist was a weepy victim of love and war, in its portrayal of a heroine fighting alongside male comrades for the sake of China. The Cantonese Women’s Association gave Eng an award certificate for the film’s patriotic message and promotion of positive images of women. This film was also one of the first examples of the so-called “National Defense Cinema” that would dominate the Chinese film world only a year later. 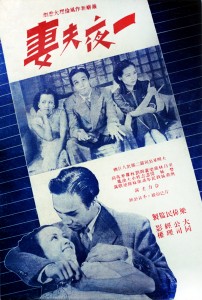 Poster, A Night of Romance A Lifetime of Regret (1938), Hong Kong. Private Collection.

Eng moved on to make more social commentary films focusing on female protagonists. Working with four different Hong Kong film companies, Eng directed Ten Thousand Lovers (Grandview, 1938), Tragic Love (Tianle, 1938), A Night of Romance A Lifetime of Regret (Great Star, 1938), and It’s a Women’s World (Wode, 1939) during the remainder of her stay in Asia. It’s a Women’s World (a.k.a. 36 Amazons), also co-written by Eng, was advertised as the first Hong Kong produced film to feature an all-female cast of 36 actresses. The ambitious project follows its 36 female characters all of whom occupy different social positions to highlight the harsh reality of living as a woman in a modern society. In retrospect, Esther Eng’s Hong Kong filmmaking career is incredible for how script writers, film companies, top stars, and the local press alike seemed to accept the inexperienced young woman as their director and, at times, producer. Press reports often mention Eng’s assuring openness and amicability as well as a sense that her early associations with Hollywood gave her an advantage over unknown local directors. There is another aspect of Eng that most likely contributed to the positive attention she received: her gender presentation. Eng dressed in men’s attire and was quite open about her several lesbian relationships. The latter was especially closely followed and reported on by the Hong Kong media. Sophisticated magazine editors often referred to her romantic interests as her “bosom friend” and “good sister.” Perhaps because all-female opera troupes with male-impersonating actresses were quite popular in the 1930s, Eng’s appearance and relationships did not cause much controversy. This did not mean there were no sensationalist reports on the matter. In 1938, Lei Qun, a young Sing Tao Daily News reporter expressed his astonishment towards everything about Eng, calling her “living proof of the possibility of same-sex love,” remarking that, “It’s not just work, address, manner, and dress…it’s her sensibility that was completely that of a man.” 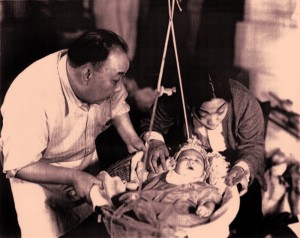 By October of 1939, the war’s progress prompted Eng to return to the U.S., but wartime Hong Kong remained on her mind. She spent several months in Hollywood learning about the new developments in the motion picture business before directing Golden Gate Girl (1941). The film is an immigrant saga situated against the backdrop of The Rice Bowl Movement, an overseas Chinese community effort to raise funds for China’s war with Japan. This film makes use of documentary footage taken by Grandview Film Company director  Joseph Sunn and also gave Bruce Lee his screen debut as a baby girl. After the war, Esther Eng decided to set up her Chinese language filmmaking operations in the U.S., and in January of 1947 the Singtao Evening News reported that one major factor for Eng’s decision may have been that film production costs in the U.S. were one-third of  the cost in Hong Kong.  She set up her own company, Silver Light, and produced two color motion pictures back to back. Back Street (1948) adapted Fannie Hurst’s 1931 bestseller of the same title and resets the story in a Chinese-American community. Eng apparently chose to adapt the novel because of the tragic element she felt would appeal to Chinese audiences,  the exotic tale of two cities set up, here San Francisco and an unspecified Chinese city, and the familiar theme of unfulfilled love that figures prominently in nearly all of her films. Despite the ethnic backdrop, Eng’s adaptation follows the novel’s two Hollywood adaptations in promoting women’s love and sacrifice as a universal theme. A year later, Eng would explore interracial romance in Mad Fire Mad Love (1949). 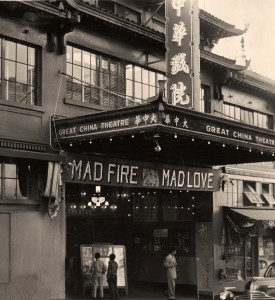 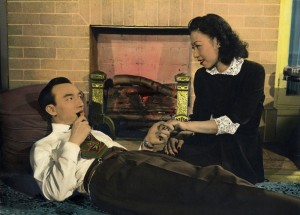 With the end of the Chinese Civil War in 1949, many of the Cantonese opera and film actors that had supported Chinese language filmmaking in the U.S. returned to China and Hong Kong, and the talent drain forced Eng to cease filmmaking. She took over a film distribution business started by her father to bring Hong Kong films to the U.S. and moved to New York City to open the iconic Bo Bo restaurant that would become a gathering place for friends and actors in the motion picture and Cantonese opera business. She even ran a theater exhibiting films she acquired in Hong Kong where she sometimes invited Cantonese opera troops to perform. When she died in early 1970, obituaries appearing in Variety as well as the New York Times remembered her for being a filmmaker, a restaurant owner, and a hub of Chinese film culture in the US.

The author generously thanks Mr. James Wong and Ms. Sally Ng for the images in this entry. 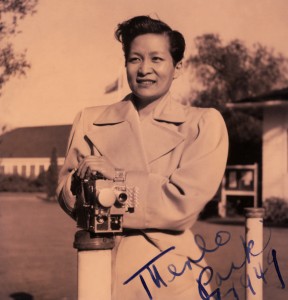 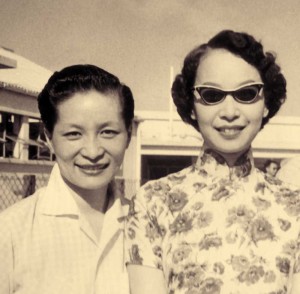 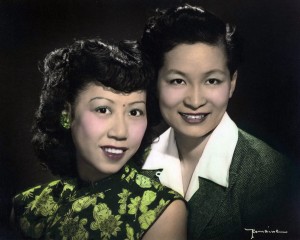 1. Esther Eng as Screenwriter and Director/Co-Director

3. Esther Eng as Director/Co-Director and Producer

Trailer for Golden Gate Girls (2013), a feature-length documentary directed, written, and co-produced by Louisa Wei, which tells the story of Esther Eng