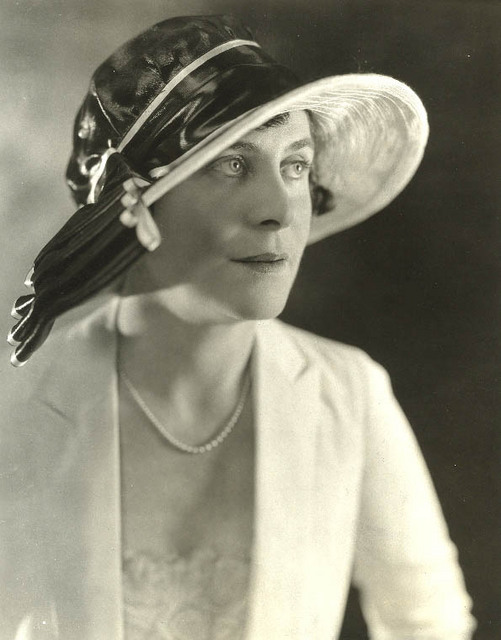 A gifted and dedicated writer, Clara Beranger managed a career spanning three decades, as a scenarist and screenwriter and, in her later years, as a book writer and lecturer. As a woman who thrived in the fledgling art form, Beranger leaves behind an impressive footprint—credits on eighty silent films of which sixteen are extant and four sound films as well as a handful of published interviews in which she is outspoken and passionate about women working in the industry. Privately, she began an affair with the director and screenwriter William C. deMille that led to years of successful professional collaboration. 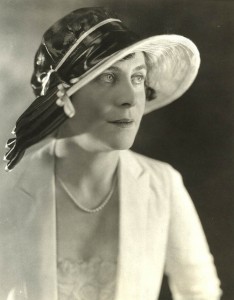 As one of the most prolific female pioneer writers, Beranger moved with ease between creating her own stories and adapting novels, plays, and others’ scenarios to the screen. Credited mostly as Clara S. Beranger but once as Charles S. Beranger, a pseudonym, Beranger excelled in dramas of domestic relations and wrote a handful of Baby Marie Osborne comedies. She is noted today for such career highlights as Anna Karenina (1915), an adaptation of Leo Tolstoy’s classic novel; Dr. Jekyll and Mr. Hyde (1920), from Robert Louis Stevenson’s novella The Strange Case of Dr. Jekyll and Mr. Hyde; and the adaptation of a popular novel and Pulitzer Prize-winning play of its day, Miss Lulu Bett (1921), which was placed on the National Film Registry of the Library of Congress in 2001. Beranger remains for us a well-documented but critically overlooked female film industry pioneer. 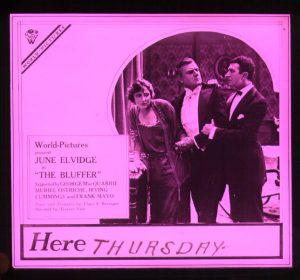 Having begun her career as a journalist, Beranger jumped into the fledgling moving pictures industry in the 1910s as a freelancer for such notable companies as Edison, Vitagraph, and Kalem. A December 1918 article in the Moving Picture World looked back on Beranger’s earlier career iteration as contributing stories for one-reelers on a weekly basis to Edison, then one of the industry leaders (1324). Later, Beranger was part of the writing staff at both Fox Film Corporation and Pathé. 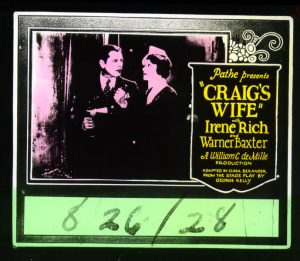 In March 1918, Beranger joined the scenario department of World Film Corporation, which was set to film her first original story as Her Great Moment (1918), starring Kitty Gordon. In articles from these years in the Moving Picture World, one begins to feel the unbridled, ebullient optimism of Beranger for women working in the new industry. In August of 1918, she is quoted as saying:

It needs no cursory glance at the current releases and those of even six months ago to prove that there are more writers among the feminine sex than the male persuasion. The heart throb, the human interest note, child life, domestic scenes and even the eternal triangle is more ably handled by women than men because of the thorough understanding our sex has of these matters (1128).

A year later, in 1919, Beranger gives an even more positive assessment of women’s successes. They have “scored as directors,” she says. But in one particular arena, says Beranger, “women are more than holding their own and in many instances proving that the female angle is worth serious consideration and that is in the contriving of situations in building up a continuity” (662). Beranger herself was “more than holding her own” at work and at home. Journalist Edward Weitzel, visiting Beranger in her family apartment in New York City in June 1920, told readers about a woman who elegantly combined the roles of wife, mother, and “scenario expert” with seeming effortlessness (1445). Thus Beranger also diffused criticism of women in the work force. But her personal life was about to turn around. 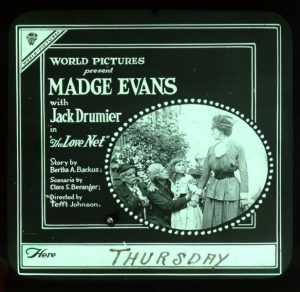 Zona Gale’s play “Miss Lulu Bett,” adapted for the screen by Beranger and released in 1921, was a best-selling novel that Gale herself had adapted for the theatre. The film is one of the few extant examples not only of Beranger’s work but of director William deMille, and it is the first film on which Beranger and deMille collaborated. The Cinderella-like tale follows an unfortunate single woman who must toil for her unscrupulous sister, Ina, and Ina’s husband, Dwight. When Dwight’s itinerant brother, Ninian, comes to town, Dwight tricks him into marrying Lulu. Lulu Bett reluctantly returns to her sister’s family after this marital disaster, but frees herself at last and marries a local schoolteacher. The novel and play’s original ending gave Lulu the courage to go it alone in the world, despite societal and family disapproval. When stage audiences objected, Gale rewrote her work to reunite Lulu and her brother-in-law Ninian. Thus, Beranger and deMille’s cinematic ending, in which Lulu finds love with a man unconnected to her family, is notable for its diversion from both the novel and the play and is in keeping with the expectations of the period that a woman should find happiness with a man.

Clara Beranger is most remembered for her work, from 1919 to 1926, with the screenwriter-director William deMille at the Famous Players-Lasky company, which would become Paramount Pictures. According to the biography of deMille’s daughter, the dancer and choreographer Agnes deMille, which cites letters from deMille to his wife, Agnes’s parents’ marriage had faltered. In 1921, deMille fathered an out-of-wedlock child by his mistress, the screenwriter Lorna Moon. When the child was adopted by deMille’s brother Cecil and his wife, the secret was kept from nearly everyone. But four months after the birth of his son, deMille became romantically involved with his new collaborator, Clara Beranger. At some point Beranger separated from her husband of thirteen years, Albert B. Berwanger, with whom she had had a daughter, Frances, born in 1909. When deMille’s wife learned that her husband was seeing Beranger, she forced her husband to make a choice. William attempted to have it both ways, but, in 1927, deMille and his first wife divorced. DeMille married Beranger a year later.

Continuing to work as a team, Beranger and deMille are cocredited on at least twenty-three films. In a 1922 interview with columnist Louella Parsons, around the time of the release of The World’s Applause (1923), Beranger describes the advantages of working on fewer scenarios for one director, as well as being part of the process from story to screen. The older brother of producing and directing legend Cecil B. DeMille, William deMille wrote and directed films that were generally thought to be less extravagantly showy than those his brother directed. Beranger’s exit from Famous Players-Lasky in 1926 warranted a Moving Picture World article (316). But she continued as a freelancer and her collaboration with deMille continued through the end of the silent era with Craig’s Wife (1928) and into the Talkies with This Mad World (1930), their last film together.

After Clara Beranger retired from motion picture work, she taught screenwriting at the University of Southern California and, along with deMille, was one of the original faculty of the USC School of Cinema-Television. Beranger continued to promote both the art and technique of motion pictures in Writing for the Screen, published in 1950 when Beranger was sixty-four years old. Only four years later, with World War II in mind, Beranger wrote Peace Begins at Home, a treatise on aggressive nationalism, war, and chaos. Beranger thus left behind a legacy built on both the realities of a century that waged two world wars and the fantasies of the century’s newest art form, moving pictures. William died in 1955, and Clara followed him only a year later.

USW only has reels 2 and 5 of The Voice of Destiny.