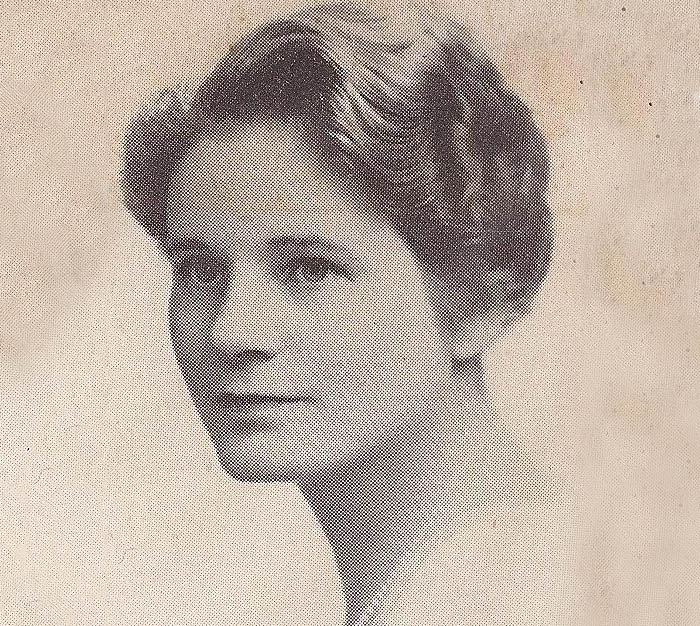 Despite subheadings that highlight Madeline Brandeis’s success and expertise in film production (“Finds Ready Market for Her Cinema Features” or “Writes Own Continuity and Attends to Details”), a 1926 Los Angeles Times article titled “Woman Makes Films for Fun,” depicts Madeline Brandeis as a wealthy hobbyist: “Will the producing of motion pictures ever become the plaything—the pastime—of the rich? This question recurred mentally again and again in the course of a conversation with Madeline Brandeis in the delightful patio of her hillside home in Hollywood.” Brandeis herself appears to be complicit with the portrayal of her work as an activity she undertakes primarily for its personal satisfactions. She is quoted saying: “‘In a sense, this picture-making is only a pastime. Perhaps I shouldn’t say just that—it was a pastime in the beginning, but the success I have had and the financial returns have been so gratifying that I know I shall make pictures from time to time as long as I live. It is fascinating and keeps one occupied’” (“Woman Makes Films” C30)

What are we, as film historians, to make of a woman who describes her work in cinema as a “pastime,” as something to be indulged in “from time to time”; who was, in addition, personally wealthy enough not to have to call any undertaking “work”; and who primarily made films for a child audience? The tension between Brandeis’s significant accomplishments during the course of her career, and the ways in which her career was portrayed (both by herself and the print media), puts into question several binaries that the field frequently relies on to evaluate filmmakers and films: professional versus amateur, full-time versus part-time, entertainment versus educational, and films for general audiences versus those aimed primarily at children.

Brandeis was born Madeline Frank on December 18, 1897. She attended the elite Miss Burke’s School in San Francisco, and in 1918, at the age of twenty-one, married millionaire department store owner E. John Brandeis (Who Was Whom? 1976, 198). She moved with him to Omaha, Nebraska, and the couple had one child, a daughter, Marie Madeline. They were divorced on April 25, 1921, just three years after their marriage. Brandeis was granted $400,000 in lieu of alimony, as well as sole custody of Marie Madeline (“Gets Divorce” 15). She died in 1937, at the age of 39, as a result of injuries sustained in a car accident that occurred while she and Marie were driving to Hollywood from New York. 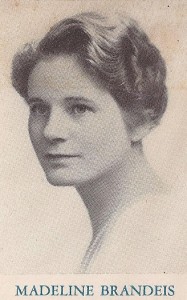 Brandeis directed and financed her first film, a feature-length fairy tale with an all-child cast, The Star Prince (1918), in Chicago. In “Filming Children for Children,” writer Ruth Tildesley describes Brandeis’s foray into filmmaking as the whim of a wealthy, homesick bride who wanted something to do in order to keep herself occupied: “‘Give me a check instead of a bracelet,’ [Brandeis] urged her husband . . . ‘I’d like to make a picture’” (Tildesley 16). According to the Omaha Daily News, she made When East Meets West in 1919. This love story set in Omaha, Nebraska, appears to have been a short commissioned by the Omaha Chamber of Commerce (n.p.).

After her divorce, Brandeis moved to Hollywood where she produced and financed Not One to Spare (1924), and shortly thereafter appears to have formed her own production company, Madeline Brandeis Productions, under whose banner she produced The Shining Adventure (1925). Both films were features and both were about children. In 1927, Brandeis produced an unusual short fiction film, Young Hollywood, which featured the children of screen stars Erich von Stroheim, Jack Holt, Tim McCoy, William Desmond, Wallace and Dorothy Davenport Reid, Hobart Bosworth, Reginald Denny, and Pat O’Malley (Hall 33). Unfortunately no print remains, but the composition of the cast suggests Brandeis’s close connections to well-known Hollywood personalities of the day.

The following year, she changed directions and embarked on an educational series for Pathé, Children of All Lands. These scenic one-reel shorts were filmed on location in Europe and the US, using local casts and crews. Brandeis wrote the stories, hired her crew, edited the films, and sometimes even developed negatives (Tildesley 17). The shorts were geared towards use in the elementary-school classroom and were accompanied by companion children’s books written by Brandeis and illustrated with photographs she took on location.

While the project generated positive press coverage, and Brandeis was recognized as a contributor to World Peace by the League of Nations (Tildesley 16), it was to be her last effort as a filmmaker. She went on to achieve commercial success as a writer, adding further volumes to the Children of All Lands series (all published by Grosset & Dunlap). By the time her final novel, Adventure in Hollywood (1937), was published, none of the female protagonists even considered any behind-the-camera roles in filmmaking. The heroine of this “Story of the Movies for Girls” dreams of becoming a film star, only to reject Hollywood in the final chapter as “unreal and disappointing.” While it is tempting to read Barbara Lord’s views as substitutes for Brandeis’s own, especially given the limited scope of girls’ ambitions in this novel, we must not overlook a secondary character, Dolores Ortega, a hardworking Mexican girl, who also aspires to become a movie star, and who, unlike Babs, never loses her desire to “make it.”

1. Madeline Brandeis as Director and Producer

Madeline Brandeis Productions. DVD-R. (Grapevine US) - contains two films, The Shining Adventure (1925) and Children of All Lands episode The Story of Bah (1928).

Little Indian Weaver (part of Children of All Lands series):

The author reports that the Library of Congress's holding of The Wee Scotch Piper is missing an end title, however the main and inter-titles are original and the print is complete.

The Harvard Film Archive's holding of The Star Prince is a retitled version. Their print is titled Twinkle Twinkle Little Star and was distributed by Minot Films. Additionally, they have the release year of The Star Prince listed as 1920 and not 1918 as above.

Harvard also holds a 16mm print of The Wee Scotch Piper, which was copyrighted in 1938 by Pathé Exchange (even though film was made in 1928).