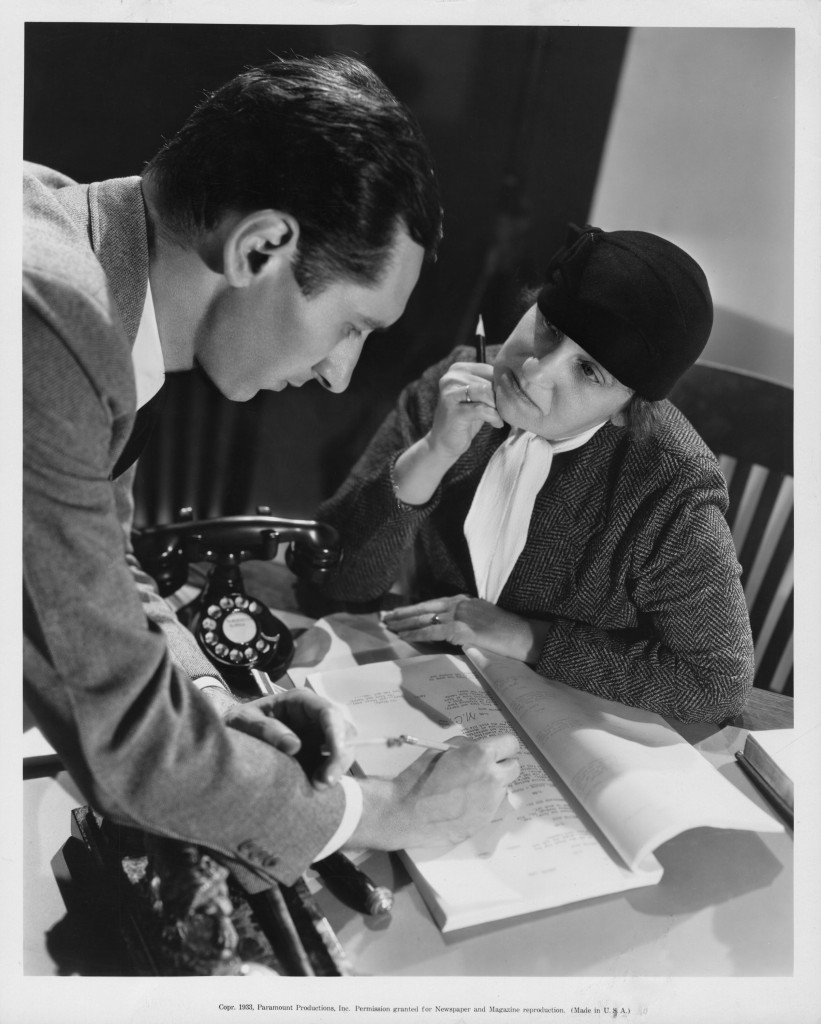 In a 1922 interview with Louella Parsons, Josephine Lovett’s husband, director John S. Robertson compared his relationship with Lovett to that of Mary Pickford and Douglas Fairbanks, Jr., whose married life he considered “ideal”:

They work together, play together, and plan their pictures together. Just the way people should do. I feel strongly on that subject, because my wife has been such a help and inspiration to me (4).

Parsons adds that Lovett contributed to the “visualizing” of scenes in Robertson-Lovett projects, but the ambiguity of this term reflects the difficulties of researching the career of screenwriter Josephine Lovett (4). 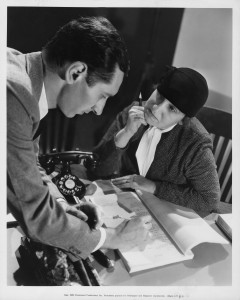 Neither Parsons’s interview nor the American Film Institute catalog credit Lovett with the scenario for the Mary Pickford Company production of Tess of the Storm Country (1922), although the opening titles of the film give Lovett credit, along with Elmer Harris, for the adaptation of the Grace Miller White novel by that name. Of the thirty-five films variously acknowledged to have been based on a story, scenario, adaptation, or screenplay written by Lovett, between 1916 and 1935, eighteen were directed by Robertson.

Reviews of Lovett’s films repeatedly emphasized her ability to create heroines who could both please censors and appeal to female fans. Lovett’s greatest success was probably the story and scenario for the Metro-Goldwyn-Mayer production Our Dancing Daughters (1928), a film promoted as featuring the new “sound,” but for all intents and purposes still a silent motion picture. In June 1928, as Don Crafton tells us, MGM followed Warner Brothers in announcing that it would begin to use talking sequences, but their facilities for recording synchronized sound had not yet been built (206). In this transitional period, while MGM was still producing silent films, Our Dancing Daughters attempted sound effects and a music track, but dialogue was still “seen” on screen in intertitles not heard as the lip-synchronized speech that defined the new rage, the “Talkies.” For Our Dancing Daughters, Lovett was nominated for the first Academy Award in writing achievement. Alexander Walker’s popular biography claims that Joan Crawford lobbied for the role of Diana after reading Lovett’s story in a newspaper serial (42). However, the 1928 Variety review of the film states that the story appeared in the Hearst papers simultaneously with the film’s release, adding that Our Dancing Daughters was an “unusual example of a film substantiating the ballyhoo” (22). In other words, the film actually lived up to its extensive promotion, which included repeated mention of Lovett’s original story in the press and the appearance of Our Dancing Daughters star actress Joan Crawford on the cover of the December 1927 Photoplay. The reviews in both the New York Times and Variety described overwhelming and immediate box office success, with “hundreds of girls and young women” (14) standing “five deep behind the last row” (22) at the opening weekend shows. These accounts agree with the story of a mobbed preview, as told by the film’s uncredited editor, Margaret Booth, in Kevin Brownlow’s The Parade’s Gone By (305). Further confirmation of the popularity of Our Dancing Daughters can be found in the frequent references to the film’s heroines made by the young women interviewed in the Payne Fund Study, published in 1933 by sociologist Herbert Blumer. 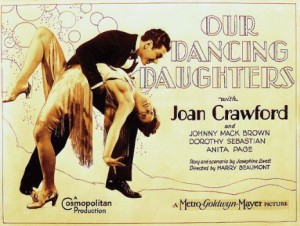 Contemporary reviewers (when they were not complaining about the theatre’s management of the new technology of recorded sound effects and musical accompaniment) characterized Our Dancing Daughters as risqué, in both visual detail and narrative content. The Variety review mentioned the appearance of “undies and much stocking” and described specific cuts made by Philadelphia censors, the “Penn scissor brigade” (22). New York Times reviewer Mordaunt Hall complained that “cocktails, flasks and mad dancing appear in quite a number of episodes [and] it is quite unnecessary to depict an intoxicated girl, as is done for a considerable length of this film” (14). This same review mocked the “audible mixture” of “romantic melodies… and, at the end, a chorus of shrieks” that accompanied the film. The story follows the intersecting love lives of the modern, independent Diana (Joan Crawford), Bea (Dorothy Sebastian), a young woman with a past, and Ann (Anita Page), an old-fashioned gold-digger, and ends when Ann, drunk, falls to her death at the feet of three elderly, work-worn cleaning women. The film, the published scenario, and the original sound-on-film accompaniment, present this finale with some irony. 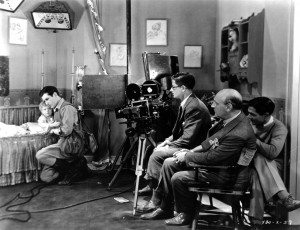 Variety reviews of Lovett’s films suggest that her long career depended upon her consistent ability to create modern fantasies for women that skirted the censors. The review of Outcast (1922) praised Lovett’s adaptation of an earlier play as “cleverly handled to get past the censors… In adapting [the play] for the screen Josephine Lovett has wiped out all the suggestion the hero and heroine lived together for a period of time” (33). In her screen adaptation, the “fallen woman” became a “business partner who has brains and is making enough money to furnish her own apartment.” According to Variety, The Single Standard (1929), adapted by Lovett from a story by Adela Rogers St. Johns, showed Greta Garbo doing “what some girls do today, and a lot more would like to do,” while still frustrating censors with its subtleties (17). The New York Times gave Lovett a canny backhanded compliment, and described Our Modern Maidens (1929), another original scenario that also starred Crawford, as a revision of earlier melodramas in 1929 dress: “Instead of trailing gowns, there are abbreviated skirts” (X4). Lovett’s heroines enjoyed economic and sexual independence, with one often masking the other, and managed, through a combination of wits, bravery, and honesty, to just barely avoid scandal.

Before her first, and possibly only motion picture appearance, in The Ninety and the Nine (1916), directed by Thomas Ince at the Vitagraph Company, Josephine Lovett had been, between 1899 and 1906, a successful stage actress at Haverly’s 14th Street Theatre, where John S. Robertson also appeared in a performance in 1903. After making films together at Vitagraph, Lovett and Robertson made Away Goes Prudence (1920) for Famous Players-Lasky/Paramount Film Corporation. Outcast was the last film Lovett made at Famous Players-Lasky, and in 1922, after the release of Tess of the Storm Country, Lovett and Robertson began working for the short-lived independent company Inspiration Pictures, Inc. In 1926, the pair joined Metro-Goldwyn-Mayer, where Lovett wrote Our Dancing Daughters, Our Modern Maidens, and The Single Standard. Lovett wrote What a Widow! (1930) and Corsair (1931) for United Artists Corporation; she subsequently worked for Universal Pictures, before Carl Laemmle lost control of the studio, and for Paramount Pictures in its heyday as a major Hollywood studio. In 1935, Robertson and Lovett worked together again on Captain Hurricane at RKO Radio Pictures, at that time a small but established Hollywood studio. Captain Hurricane was her final film.

Tess of the Storm Country. DVD (Image Entertainment US 1999)

Excerpts from The Single Standard (1929):