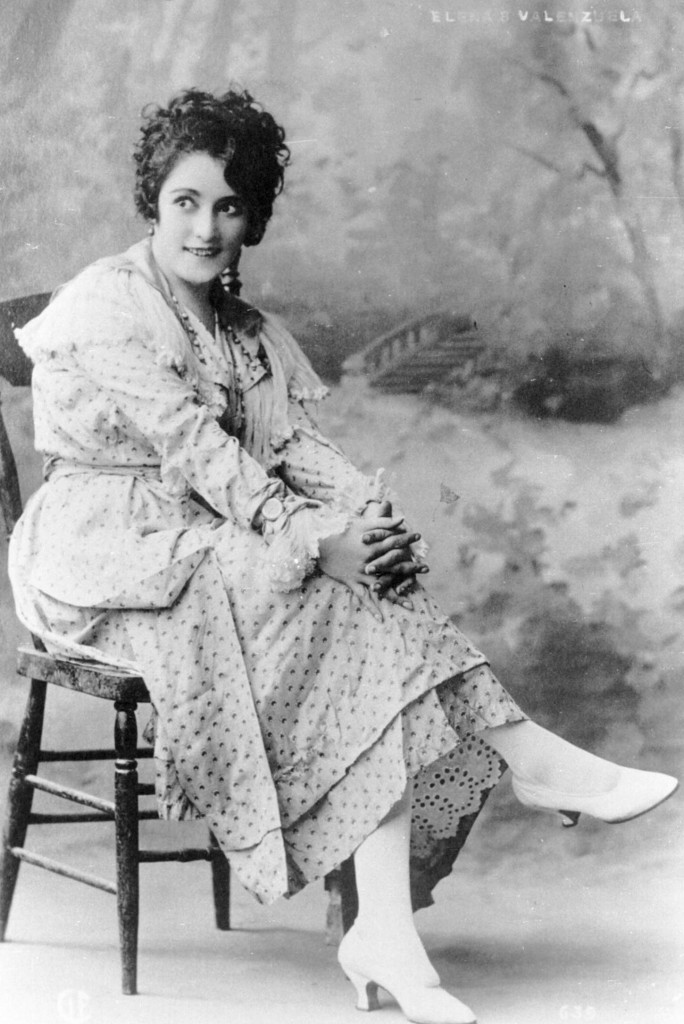 Thanks to recently discovered materials, Elena Sánchez Valenzuela has finally received the official recognition she deserves as a journalist; actress; founder, in 1942, of the first Film Archive in Mexico; and documentary filmmaker. It is now clear that she was a seminal figure in Mexican cinema. During the early years of silent motion pictures in Mexico, she acted in two precedent-setting films: Santa (1918), the first and only silent version of Federico Gamboa’s novel of the same title directed by the journalist Luis G. Peredo, and En la hacienda/At the Hacienda (1921), directed by Ernesto Vollrath. She also had roles in three other silent films: El Escándalo (Alfredo B. Cuellar, 1920), La llaga (Luis G. Peredo, 1919), and Barranca trágica (Santiago J. Sierra, 1917). Santa and En la hacienda represent two melodrama subgenres that defined the formula for Mexican melodramas until the 1940s—the brothel and the rural subgenre. In 1927, Sánchez Valenzuela described her experience in Santa for J. M. Sánchez García:

Peredo needed a protagonist, but he did not want to look for her in the theatre, because the heroine of Gamboa—a novel women in Mexico had to read secretly—had to provide the film with the youth of a fifteen-year-old and a natural naivety in her expression… I was a student at Preparatory School in 1918 and one afternoon we skipped classes to go to the film studio Mimí Derba had at Balderas street. I did not wear silk dresses or high heel shoes; I did not even use carmine in my cheeks; my student life was far away from that (n.p.).

En la hacienda was declared the best motion picture of the year in 1921. It premiered at the castle of Chapultepec in front of a very distinguished audience: the president of Mexico, Álvaro Obregón. Subsequently, it opened on 20 screens in Mexico City and over thirty articles were published about it, all praising the performance of Elena Sánchez Valenzuela in the role of the native girl Petrilla. The film critic Fray Candil wrote in El Demócrata on January 7, 1921: “The learning process of this actress in the United States has been very useful for her career. Her progress on the difficult silent art is indisputable, so much so that she is expected to be the first star of the Mexican cinema” (n.p.).

In addition, Sánchez Valenzuela was a well-respected journalist, writing columns and film reviews for Mexico City newspapers El Demócrata in the 1920s and El Día during the 1930s. Following in the footsteps of her father, Abraham Sánchez Arce, she was a journalist who opposed the oppressive regime of Porfirio Díaz in the years before the Mexican Revolution. 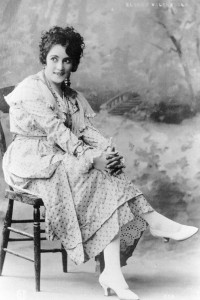 In 1921, Sánchez Valenzuela was sent to Los Angeles as a correspondent for El Demócrata. On her return to Mexico in 1922, she began writing a column in El Universal Gráfico entitled “El cine y sus artistas/Cinema and Its Artists.” During her time in Los Angeles, Sánchez Valenzuela won a “movie actress” contest organized by a United States newspaper. The contest gave her the opportunity to promote her acting career, which meant that she met Hollywood personalities and made public appearances at places such as Grauman’s Chinese Theatre in Los Angeles. According to information from her younger brother David and articles in Mexican and US newspapers, offers soon followed for her to play important roles in films such as Almas que sufren/Suffering Souls. It has not been possible to verify whether Almas que sufren was ever produced and exhibited, although it appears that Elena Sánchez Valenzuela eventually abandoned the project and returned to Mexico at the request of producer José Vasconcelos to make En la hacienda (1921), the silent film that marked the end of her acting career. She returned to journalism, and in 1929 was sent to Paris as a correspondent, where she remained for four years.

Yet Sánchez Valenzuela’s film career was not over. Periodical references supplied by David Valenzuela now confirm that in 1936 she directed and photographed a sound documentary about the state of Michoacán. The documentary, Michoacán, was part of a larger project undertaken by Sánchez Valenzuela, known as “Brigadas Cinematográficas/Cinema Brigades,” commissioned by President Lázaro Cárdenas. “Brigadas Cinematográficas” also had the support of the left wing of the National Revolutionary bloc of Mexico’s Chamber of Deputies, at that time headed by essayist and poet Luis Mora Tovar. Periodical articles published at the time praised the film for its immense historic and artistic value. As I wrote in 1992, at least one article commented on the fact that the film was made by a woman:

The first woman in Latin America to conceive, plan and make a film, Sánchez Valenzuela has succeeded in capturing—with formidable artistic intuition and a keen sense of journalism—hundreds of the most beautiful, evocative scenes. All of these scenes speak to us, succeeding marvelously in revealing unknown details of rural life in Michoacán: the lives of humble people who are clean, healthy and hard-working, brimming with optimism, seemingly infected with the exuberance of their native land, a land filled with wondrous beauty (14-16).

A contract signed by Elena Sánchez Valenzuela and Manuel Espinoza Tagle (in the possession of the filmmaker’s brother) indicates that Michoacán’s total footage was 4,000 to 5,000 feet—that is, feature length. Interestingly, the contract also specified that the film could not be distributed commercially. In 1942, Sánchez Valenzuela founded the first Mexican National Film Library, the Filmoteca Nacional, which was then located in the Ministry of Education. Not only did her position with the Filmoteca make her the leader in the archival preservation of film material in Mexico, but it also gave her the responsibility for promoting archival preservation throughout Latin America.

García, Gustavo A. “In Quest of a National Cinema, The Silent Era” In Mexico’s Cinema: A Century of Film and Filmmakers. Eds. Joanne Hershfield and David Maciel. Wilmington: Scholarly Resources, 1999.

August 2022: A very short fragment from En la hacienda survives as part of the 1947 compilation film Canciones y recuerdos, a copy of which, according to Angel Miquel's book Mimí Derba (2000), is held at the Library of Congress. The portion of this compilation featuring En la hacienda has also been uploaded, unofficially, to YouTube (as of August 2022).

August 2022: The filmography has been updated to reflect that Santa is extant and has been restored and digitized by Filmoteca de la UNAM.