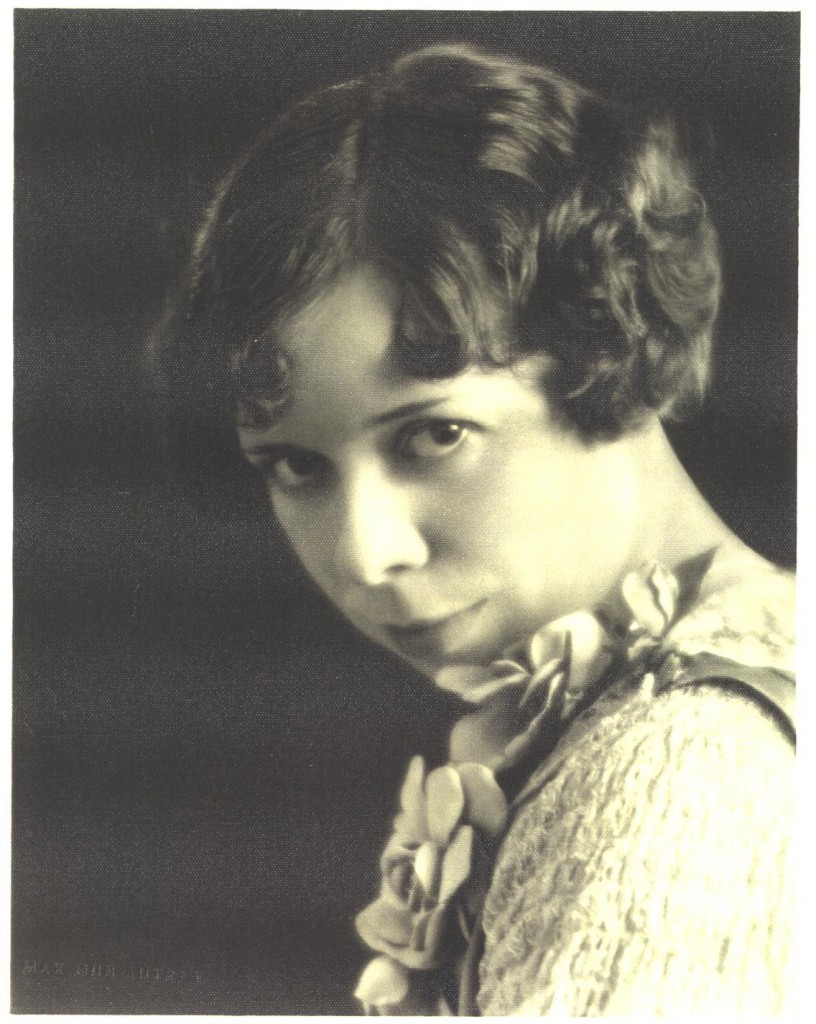 “Dorothy is another one of the family who has inherited the art of writing—it is a YOST talent,” wrote Kathryn Yost Boyd in 1925 in an unpublished family history. In 1927, the Los Angeles Times praised Dorothy Yost as being Hollywood’s youngest and most successful scenarist (28). They exaggerated. Although she did begin working in the motion picture industry as a teenager, she would have been as old as twenty-six at the time the article was published, not so young by young Hollywood standards. A prominent writer whose career spanned both the silent and sound eras, Yost worked on more than ninety-four films throughout her lifetime, including Alice Adams (1935) starring Katherine Hepburn, That Girl From Paris (1936) starring Lily Pons, and the Fred Astaire and Ginger Rogers musicals The Gay Divorcee (1934), Roberta (1935), Swing Time (1936), and The Story of Vernon and Irene Castle (1939). Despite such achievement, the personal life and career of Dorothy Yost remains marginally documented, and little attention has been given to her silent period films, of which only a few survive.

Another unpublished family history, written by Yost’s niece Sally Pritchard around 1958 says that Dorothy was an unusually talented child who demonstrated her natural literary gifts by writing a group of fairy stories at the age of twelve. Born into a family of writers, Yost first experienced the world of professional journalism as a private secretary to her father, editor-in-chief of the Daily News and the Dependent in Santa Barbara, California. Throughout her early teens, she also studied acting and dramatics, appearing in a number of plays produced by the Scovell Juvenile Stock Company. In 1915, Yost left Santa Barbara to take a secretarial course at the Los Angeles Business College. Still a teenager, Yost worked as a secretary at a safe manufacturing company until December 1917 when she took a new secretarial position, this time assisting the scenario editor at the Triangle Film Corporation. Within six months she was promoted to head of the reading department, where she was responsible for reviewing and revitalizing scripts. Soon after, under the supervision and through the encouragement of editor Julian Johnson, who later became editor-in-chief at Paramount Pictures Corporation, Yost began writing scenarios and adaptations. In 1917, then, she may have been the youngest, but more likely was one of the youngest scenario writers in Hollywood at the time. Strangely, this was almost ten years before the Los Angeles Times made their claim that she was the youngest. 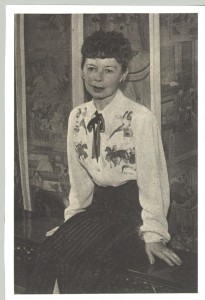 Still, the claim that Dorothy Yost began young and evidenced talent early can be made, considering, for instance, that she wrote her first continuity script at twenty-one, an adaptation of For the Soul of Rafael (1920). This extant title, based on the 1906 novel of the same name by Marah Ellis Ryan, is set in the old California region of San Juan Capistrano along the US-Mexico border. The recent restoration of an original nitrate tinted 35mm print of the Mexican-American melodrama allows us to examine Hollywood’s representation of ethnic and racial minorities as well as authentic regional settings, details of mise-en-scène, and the kind of cast diversity that distinguished higher class feature productions in the early 1920s. Actress Clara Kimball Young stars as Marta Estevan, a fair-skinned, aristocratic Spaniard educated in a convent who faces an arranged marriage to her guardian’s unruly son, Rafael. At her guardian’s dying side, Marta vows to save Rafael even though she loves another. She soon learns that her peasant maid has lied about the death of Keith Bryton, a white American officer she has fallen in love with after saving him from Indian captors. By the time that Marta learns that her lover is alive, she is married to Rafael. Thus she suppresses her desire for Bryton in order to fulfill her pledge to reform her womanizing husband. The mostly Spanish-Indian cast, including over two hundred Native Americans from reservations near Los Angeles, as well as the Californian outdoor settings, which included existing missions, lends authenticity to the film’s representation of Mexican-American border tensions. The novel’s themes of racial difference, forbidden love, honor, duty, and self-sacrifice are colored with religious sentiment and moral overtones similar to those found in Prodigal Lover, the novel Yost later published in 1937. 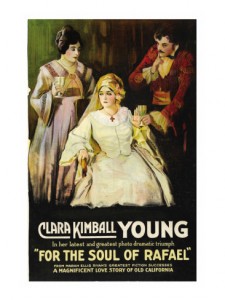 Prodigal Lover tells the story of a young country girl’s lifelong romantic love for her childhood friend, who has become a celebrated actor surrounded by beautiful and cultured women of the world. The young girl works as a faithful servant to the actor until his career tragically ends when his face is left deformed after a jealous former lover accidentally throws acid at him, missing her intended target, his beautiful female companion. Unable to perform without his good looks, the actor leaves the stage and wanders back to the country of his youth. The girl, his faithful servant, follows him, and the actor eventually recognizes his love for her. Although his looks are finally restored when his face heals, the actor remains loyal to the girl and renounces any wish to return permanently to the stage. Yost closes both Prodigal Lover and her script for For the Soul of Rafael with a happy ending in which self-sacrificing heroines are able to realize their dreams. Ryan, in contrast, closes her novel with the two lovers spiritually bound forever but separated due to Marta Estevan’s vow to not abandon her wayward husband Rafael.

Yost liked female characters who sacrificed their personal desires in order to be faithful and devoted companions or wives to selfish men, such as the character in Mother (1927), which Yost adapted from the novel by Kathleen Norris. Her films taught lessons for life. Sally Pritchard, in 1958, wrote that she was proud that her aunt approached writing for the screen as a way of “exerting a good influence on the public,” and admired her attempts to stress moral principles. While Yost’s conservative point of view on gender relations may be attributed to the times, this viewpoint could also be explained by her strict upbringing after her father’s death as well as by her involvement with the Unity Church. It could be said that she was opposed to sermonizing, although not moralizing. In an interview with the Los Angeles Times in December 1926, Yost, who had just completed the script for the title Mother, provided this moral prescription for a successful story: “No screen story can lay claim to ultimate success unless it has a definite motive… It should revive memories or visualize dreams yet unfulfilled for the individual so he may apply it to himself” (C27).

Within just a few years, the young Yost produced an impressive number of scenarios, including those for Flames of the Flesh (1920), Smoldering Embers (1920), and One Man in a Million (1921). She then wrote numerous scenarios and adaptations for Fox Film Corporation, such as The Hunted Woman (1925), Marriage in Transit (1925), and She Wolves (1925), reaching a high point with the financial success of Kentucky Pride (1925), a most unusual John Ford title narrated by a horse whose dialogue is in the intertitles. Recently preserved by the Film Foundation, Kentucky Pride, based on an original Yost story, was screened in 2010 at Il Cinema Ritrovato as part of a John Ford retrospective. At this point in her career, with an original writing credit to her name, Yost began to get some attention from the press. In 1926, Yost’s views on the subject of the original story versus the screen adaptation were given exclusive coverage in the Los Angeles Times (C24), and by April 10, 1927, she was recognized by the Times as one of the “cleverest and most versatile of the younger generation of photo playwrights” (22). In the 1927 article she provides critical commentary on screenwriting technique:

the two strongest and most interesting points of a screen play are the opening and the climax… [Between these two points] is the main body of drama which must hold the attention of audiences in suspense. And what is happening at present must be so interesting and so much a part of what is going to happen that audiences will never for an instant permit their attention to stray so far from what is being presented that they will be impatient to know how the story turns out (22).

Leaving freelancing behind, Yost joined the writing staff of Film Booking Office of America (FBO) Pictures in 1927, a fortunate move since FBO would the next year become RKO Radio Pictures, remembered for their signing of the young Orson Welles as well as for the Astaire and Rogers musicals referred to above. She immediately went to work as title writer for their special production Judgement of the Hills (1927). Yost’s career was on the upswing, and she was selected to write the screen adaptation for The Harvester (1927) from the widely read Gene Stratton Porter novel. (Porter incidentally was the mother-in-law of the film’s director, James Leo Meehan.) In this phase of her career, Yost did not escape the fashion for animal stars, and she authored the original animal story “The Untamed Heart,” which was adapted as Hills of Kentucky (1927) featuring the dog character Rin-Tin-Tin. Other animal scenarios followed such as She Wolves (1925); On the Wings of the Storm (1926), starring Thunder the police dog; and Fangs of the Wild (1928). This last title was written by Yost and Dwight Cummings, whom she married in 1927. At the young age of twenty-seven, Yost and Cummings, both employed as writers by FBO Pictures, soon to become RKO Radio Pictures, embarked on a path to become one of Hollywood’s most successful screenwriter teams of the sound period.

For the Soul of Rafael may exist as part of the AFI--Edmondo Padilla Collection. As with many entries, there are date inconsistencies. The Star Dust Trail is listed as either 1924 or 1925 and Hills of Kentucky as 1926 or 1927. Both films were released at the end of December and copyrighted the following January.