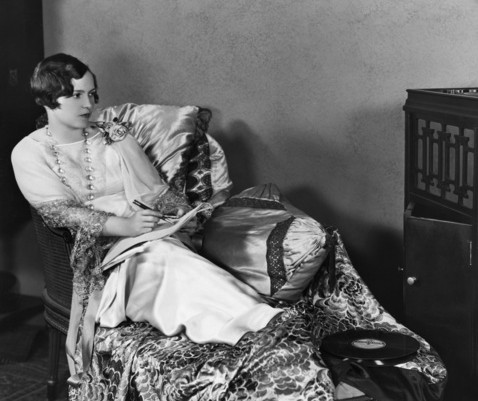 As with many women in early cinema, such as Jeanie Macpherson and Frances Marion, Dorothy Farnum’s career in Hollywood began with acting before settling into writing. Known for her intelligence and beauty, she worked well in front of the camera. From articles in the Los Angeles Times, we know that she was educated in a convent boarding school (location unknown) where Farnum mastered French history and literature and became fluent in Spanish and German (C27, 33). Although she received several offers to act and even appeared in the films Over Night (1915) and The Cub (1915), she was reported to have instead preferred writing scenarios for the silent screen. Farnum’s scenario writing career began in 1919 when she approached producer Harry Rapf with an original scenario titled The Broken Melody. Impressed with her skills, he employed Farnum at a commission of twenty-five dollars a week. Unfortunately, after just two weeks Farnum proved to be too inexperienced and was released from her contract. Rapf promised to employ her once she attained a footing in the industry and refined her trade. Farnum continued to work for a few years, steadily writing adaptations and scenarios. Finally, as reported in the Los Angeles Times, Rapf rehired her in May 1926 and gave her work on what would become one of her most renowned films: Beau Brummel (1924) starring John Barrymore (C27). 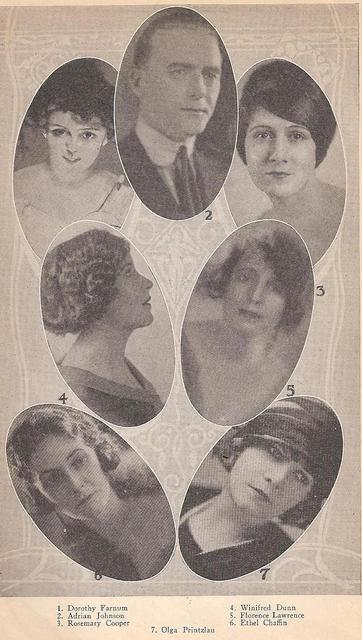 The early twenties were pivotal launching years for Farnum. Her first substantial mention in the press appeared in an article on May 19, 1922, in the Atlanta Constitution, which highlighted her work with director Kenneth Webb on the film Fair Lady (1922).  The editorial noted Webb as saying that Farnum’s script was “unquestionably one of the best technical guides ever placed in his hands for production” (18). In 1923 she married Maurice Barber, the general manager of the Cinema Finance Company. At the time of her marriage, Farnum was a member of the Warner Brothers scenario department. After finishing Beau Brummel (1924), star John Barrymore told the Los Angeles Times that Farnum had given him his greatest role up to that point in his career (C32). After this praise, columnists began to write regular stories on Farnum and her fame blossomed. When asked about her writing process, she remarked to the Los Angeles Times in 1926: “You must think with your heart and feel with your head. When I write my scenes I try hard to progress not from one thought to another, but from one feeling to another. For the majority of people want to have their hearts excited and their minds let alone when they come into the world of low lights and soft music of a motion-picture theater” (C19). Farnum was a strong proponent of keeping her adaptations true to the original author’s intent. She fought against reworking scripts to offer happy endings, according to an article titled “Success Shows ‘Happy Ending’ Not Essential” (A1).

After her success with Beau Brummel (1924), Farnum began work on adapting the Sinclair Lewis novel Babbitt. Personally acquainted with Lewis, she collaborated with him while preparing the book for the screen, the kind of cooperation the Los Angeles Times praised as a new method of writing screenplays (23). In fact, a large majority of her work focused solely on scenario adaptations. Farnum was known to delve into libraries to explore background material several months before she began writing. She would regularly confer with others such as Broadway producers, a variety of other writers, and even close friends when she adapted plays for the screen. Farnum also traveled extensively and many of her trips in the mid-to-late-1920s involved research on specific cultures and customs, the Los Angeles Times reported in 1925 (A1). 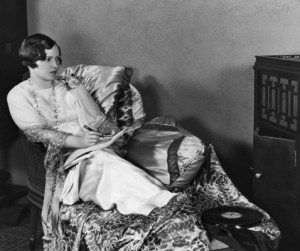 Farnum’s inspirations not only included research and collaboration, but music as well. Known as “the writer with the Kodak brain,” she was said to have mentally stored away pictures of her travels and used music to recall them. The Los Angeles Times on November 2, 1924, thus described her method: “She always carries a small phonograph with her and when she is ready to write she puts on a particular type of record chosen as carefully as ‘emotion doctors’ on film sets choose their themes to inspire desired emotional effects in the players. Miss Farnum declares that the spell of music sets her thinking, bringing forth the ‘kodaked’ ideas from their mental storage with a clarity not otherwise possible” (C25). As Farnum commented to the Los Angeles Times in November, 9, 1924: “Writing a scenario is an orchestration, in a way, because you must proceed from one emotion to another rhythmically. A successful scenario sings its own lilt. You have to feel the course of your theme tremendously and always consult your heart before your head” (C32). 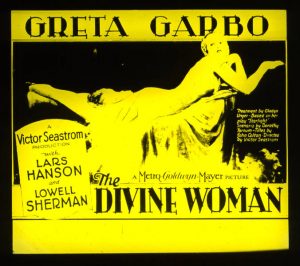 As one of the top writers at Metro-Goldwyn-Mayer, Farnum worked with many leading stars and was famously paired with Greta Garbo for several films after they worked together on The Temptress (1926). In 1927, at the height of her profession, the Washington Post reported Farnum’s earnings at $2,500 a week for her services as scenarist (F3). Grace Kingsley’s Los Angeles Times article reports that several studios contracted Farnum throughout her career, including Warner Brothers, MGM, United Artists, and Gaumont-British. After numerous lengthy tours in Europe, in 1929 Farnum took a two-year leave from MGM to live in Paris. There she reportedly worked with United Artists on writing, adapting, directing, and supervising films. She returned to Hollywood in 1932 and signed a contract with Charles R. Rogers, but once again decided to return to Europe a year later to work for Gaumont-British (A9). After her silent era success, Farnum finished her career in London and disappeared from the public eye. She quietly took permanent residence in Europe, having made her home in Grasse in Southern France, we learn from the Los Angeles Times in 1950 (B6). Unfortunately, today there is no scholarly work on Dorothy Farnum, and most of the information about her work must be culled from newspaper reports. Further archival exploration, specifically with regard to her work at Warner Brothers, MGM, and Gaumont-British, is needed in order to explore and unlock clues about Dorothy Farnum’s career as one of the most gifted and prolific scenarists in silent era Hollywood.

A Dorothy Farnum was listed as an actress in 1915. It is unclear if this is the same scenario writing Dorothy Farnum. The Divine Woman is considered a lost film, however, one reel exists in the MGM film archive. Only AFI credits Farnum as a writer of the following films, FIAF does not: The Iron Trail, Salvation Nell, Modern Marriage, The Lover of Camille, Off the Highway, and Bardelys the Magnificent. Curiously, FIAF credits Farnum under Photography for The Great Adventure. This is either a mistake of FIAF’s part or an aspect of Farnum’s career that should be researched.