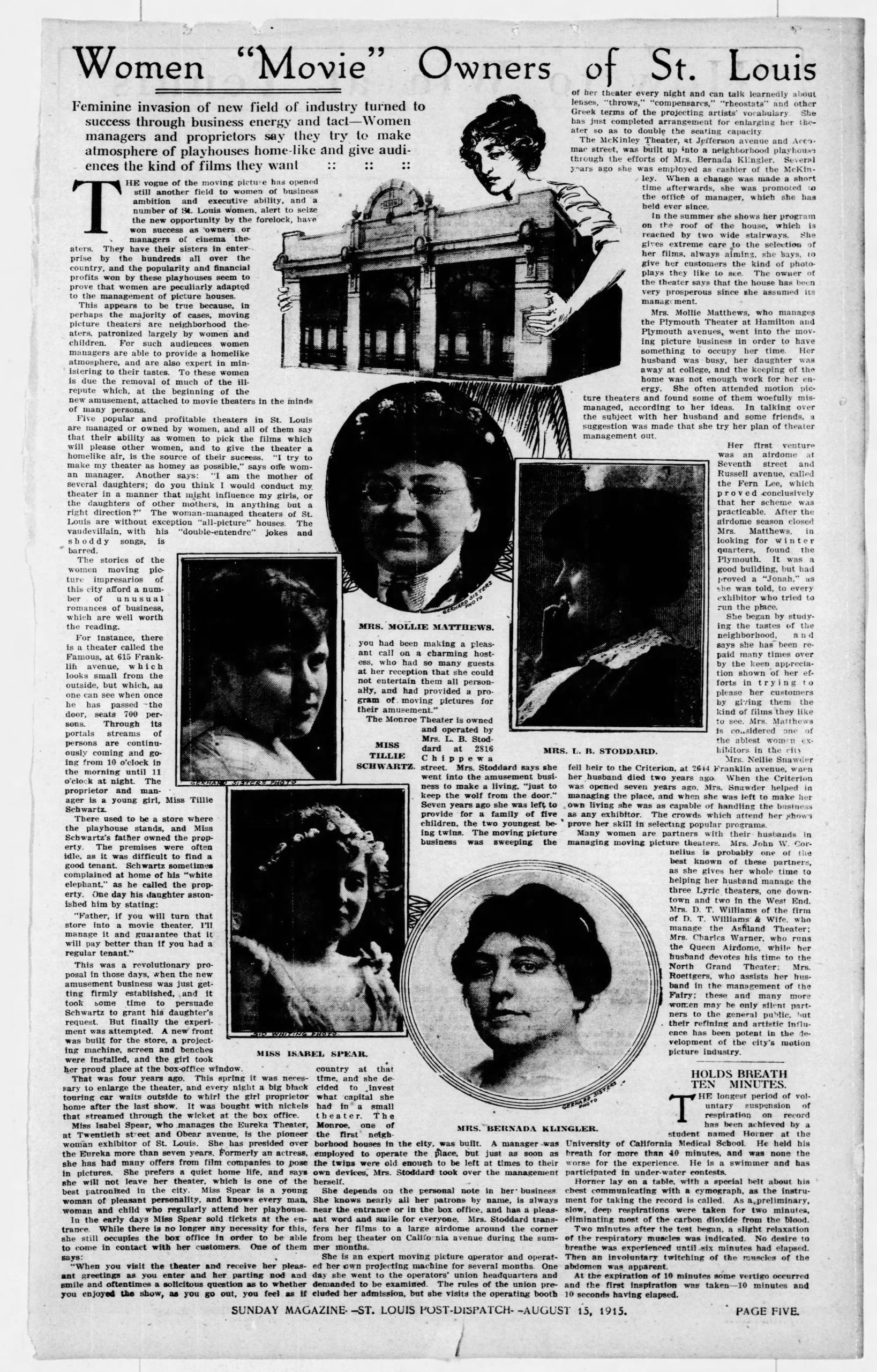 WFPP contributor Gregory Waller stumbled upon this article and thought it might be of interest to WFPP readers who may want to research some of these women further.

Reporting on the “feminine invasion” of the field of motion picture exhibition, this article surveys how a handful of local women manage their respective movie theaters, from getting to know the clientele personally by spending time at the box office window to visiting the operating booth every night. Unsurprisingly, their gender is emphasized here as part of their ability to create a “homey” atmosphere and run their organizations efficiently.

Also mentioned (women who work with their husbands)

“Exhibiting Women: Gender, Showmanship, and the Professionalization of Film Exhibition in the United States, 1900–1930” by Kathryn Fuller-Seeley and Karen Ward Mahar

“Decoration, Discrimination and ‘the Mysteries of Cinema’: Women and Film Exhibition in Sweden from the Introduction of Film to the Mid-1920s” by Ingrid Stigsdotter