“In thinking about what we wanted to do for our 23rd event it dawned on us that we talk a lot about what is lost—there is a pretty high percentage out there of silent films that are lost and gone forever. But what about the successes? What about the films that were thought lost but were found in foreign archives, with collectors, and in some really lucky cases, tucked in the hay in a barn. All the films showing this year were lost then found, or simply needed restoration to bring them back to life.” 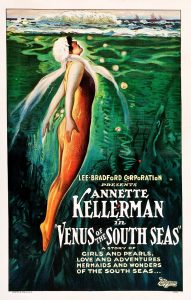