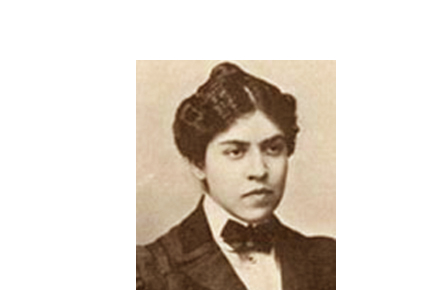 Portuguese film pioneer Virgínia de Castro e Almeida is still better known today for her work as an author of children’s books, travel literature, and digests on the history of Portugal. She was married to João da Mota Prego, an agronomist, and lived in France and Switzerland. She took an interest in cinema during the first half of the 1920s, founding the production company Fortuna Films in 1922. The company released two features: A Sereia de Pedra (1922) and Os Olhos da Alma (1923), both written by Castro e Almeida and directed by the French director Roger Lion. In 1923, she took part in the foundation of another production company, Rosy Film, whose only output was the non-extant commercial O Castelo de Chocolate (1923) for the Portuguese chocolate company Suissa. This was the first film by Portuguese director Arthur Duarte, who began as an actor in Fortuna Films’ two features and also starred in O Castelo de Chocolate as a young man in love with a Suissa factory worker. Castro e Almeida’s Fortuna Films was registered both in Lisbon and in Paris and was likely the earliest Portuguese attempt to establish an international film company. To that end, not only did Castro e Almeida choose a French director, but both films also featured several French actors (including Lion’s wife, Gil Clary) and originally premiered in Paris, and only later in Portugal. Castro e Almeida’s two sons were her right-hand men at Fortuna Films, as was Ayres d’Aguiar, a college friend of the two young men who would later have an important career as a film distributor in France. 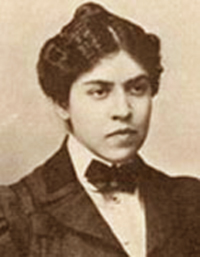 Castro e Almeida played an important role in defining Portuguese silent cinema and actively worked for the advancement of filmmaking in that country. Working as a producer, screenwriter, and source author, she is, to the best of our knowledge, one of only a few women filmmakers during the silent period in Portugal. Whether her films and screenplays show a different worldview or a different representation of gender roles than her male counterparts would require further research. Based on examinations of the trade press, it seems likely that the reception of her feature films was similar to other Portuguese films from the early 1920s, whose appraisal often depended on how well they adhered to the notion that cinema was an international “calling card,” and a powerful tool to promote Portugal’s natural, built, and cultural heritage. Castro de Almeida also subscribed to this perspective, describing her intentions to “show to other nations, using cinema, the most powerful propaganda tool today, Portugal’s nature, its historical monuments, and the folk traditions of its people, all of which are generally not very well known, and unfortunately often slandered” (Castro e Almeida 1925, n.p.). 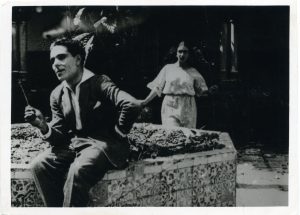 Still from A Sereia de Pedra (1922). Courtesy of the Cinemateca Portuguesa. 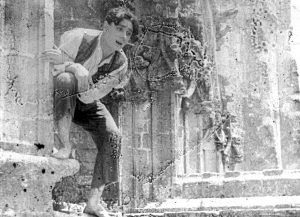 Still from A Sereia de Pedra (1922). Courtesy of the Cinemateca Portuguesa.

A Sereia de Pedra is unfortunately a lost film. Plot descriptions and contemporary reviews suggest that it was a melodrama with Portuguese star Maria Emília Castelo Branco and the acrobat Nestor Lopes, with sophisticated flashbacks and plenty of shots of the Convento de Cristo, in Tomar, a national monument since 1910, and the true protagonist of the film. In fact, when one reviewer complained that there were too many shots of Lopes climbing up and down the outside walls of the Convento, another quickly replied that it was a small price to pay for the screen time that such an outstanding monument deserved (Carvalho 1923, n.p.). 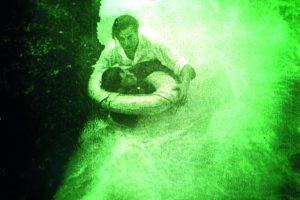 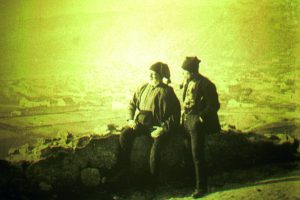 The extant Os Olhos da Alma includes all the tropes considered fundamental to a Portuguese film of that period–the stunning natural scenery of Nazaré, making here its first appearance as one of the most recurrent locations in the history of Portuguese cinema; the folk traditions of the fishermen; and the inevitable visit to Mosteiro da Batalha, another national monument and a key site for Portuguese nationalist historiography across different political regimes. The film mixed these national traditions with some fantasy elements, including a visionary miller, something that gained Castro de Almeida the reputation of “Portuguese Selma Lagerlof” (Nobre 1964, 33). However, Os Olhos da Alma is quite unique in its representation of the turbulent political atmosphere of the young Portuguese republican regime (established after the 1910 revolution that overthrew an eight century-long monarchy). It was the only film of this period to include footage from topical newsreels (showing republican meetings) and to re-enact a coup in the streets of Lisbon, which eventually led to the confiscation of some reels by the police, who also brought in Castro de Almeida and the director for questioning (“Um film indesejável” n.p.). In fact, the film’s villain is a republican politician who engages in audacious plots against the government, embodying a series of clichés about this period, namely the alleged senseless violence and incessant turmoil. But the villain’s greatest sin, for which he will be struck by lightning at the film’s end, is to have brought politics to the utopian community of Nazaré’s fishermen, and worse, to have seduced several Nazaré men to follow him into politics in Lisbon. In other words, Os Olhos da Alma makes it clear that people have predetermined spaces and roles. Terrible consequences, it argues, come to those who turn rural people into political subjects rather than letting them stay passive recipients of the decisions made by urban, republican politicians. 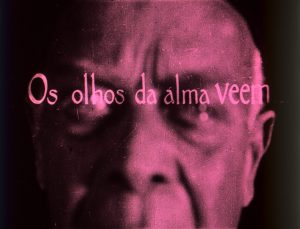 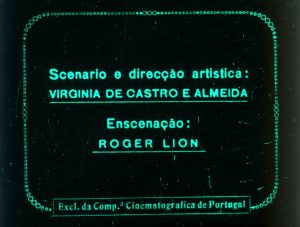 The production of the film was no less conflictual than its plot. Disagreeing and violently falling out over the editing of the film, Lion eventually quit and left Castro e Almeida to finish the film with the help of Aguiar. The entire affair was not made public, but, according to archival paper collections such as Aguiar’s memoirs and Castro e Almeida’s correspondences, it is possible to suggest that Lion did not accept Castro e Almeida’s supervision of the entire project, least of all her presence during the editing stage. Her presence throughout was, of course, highly exceptional as far as the gendered division of labor went in Portuguese cinema in the 1920s. Both A Sereia de Pedra and Os Olhos da Alma expressly credit in their opening cards and in the paid trade press advertisements Lion as the director of the films (in charge of “staging”), reserving for Castro e Almeida the more ambiguous credit of “artistic director” (or in some cases “a film by”). Today, we might ask whether Castro e Almeida should not be credited as co-director of the film. Here, we can only hypothesize and remember that terms like “director,” “author,” and “producer” had different meanings in Portugal in the 1920s. At that time, the director was often identified using the French phrase “metteur-en-scène” and often had a rather secondary role compared to the author of the original or adapted screenplay. In this sense, it could be anachronistic to wonder whether or not Castro e Almeida co-directed the films—she was publicly attributed much more importance as their producer and author, probably much to the dismay of Lion’s masculine ego. 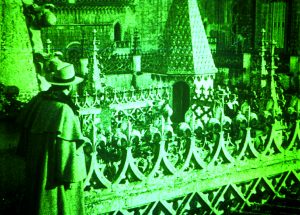 In late 1923, her correspondence shows that she was preparing a new film about the Portuguese aristocrat families of the Douro valley, provisionally titled Nobreza. It was to be directed by the French filmmaker André Hugon. However, Fortuna Films went bankrupt and eventually dissolved in 1925. In a last attempt to prevent the end of the company, Castro e Almeida boldly (and perhaps surprisingly) suggested a merge with Invicta Film, the oldest and most important Portuguese production company of the silent period. She was turned down and abandoned any further production plans, participating, however, in the distribution companies founded by Aguiar in France (Aguiar & Cie in 1925 and Gray Film in 1929). Her participation in the Paris Convention for the Protection of Intellectual Property, in 1925, signaled her definitive return to her literary career.

Although she was not credited as such on Os Olhos da Alma, Virginia de Castro e Almeida was the producer of the film and also worked on its final editing with Ayres d’Aguiar.