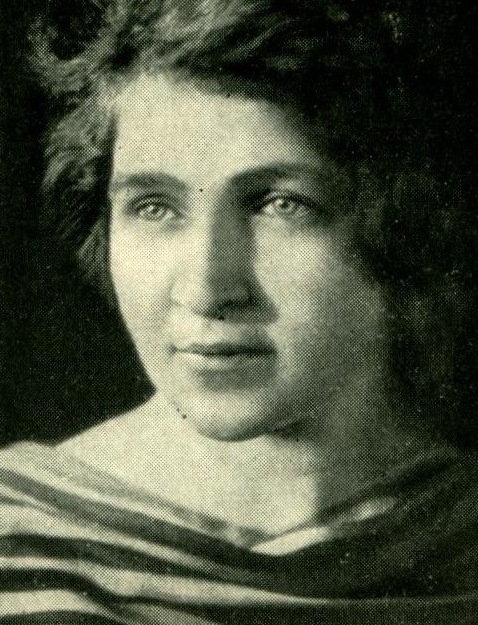 Ironically, it is her life before the cinema that has been described in detail: sometimes it is possible to know the exact movements of Nina Agadzhanova-Shutko over a particular day, say, in 1914. It is her work in film that is little known by comparison—all because she was a revolutionary first, and a screenwriter second. The two lives famously intersected in 1925 when she wrote the synopsis for what was to become Battleship Potemkin (1925). 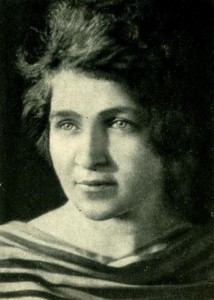 An orphaned daughter of an Armenian merchant from the south of Russia, she joined the illegal Social-Democratic party, the future Bolshevik/Communist Party, in 1907, while still a schoolgirl. Having studied music, in 1908 she worked for several months as a silent film accompanist in Ekaterinodar, now Krasnodar, near the Black Sea. She managed to turn even the film theater into a secret Bolshevik meeting place (Leiberov and Peregudova 1985, 94).

Agadzhanova never graduated from college, although she studied history and literature in Moscow. Instead, she was put into prison six times and sent into exile twice over the course of the decade for political propaganda, often returning to the capital under false names. During one of her times in exile she met her future husband, Kirill Shutko, also a professional revolutionary whose favorite non-political activity was theater. 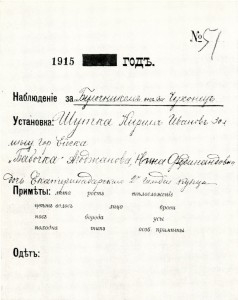 A 1915 cover page for a secret police surveillance report on Kirill Shutko and Nina Agadzhanova in book Sviaznoi Moskvy (1975).

Together with Shutko, she was in the thick of the action in the fall of 1917 in Petrograd. Then, for about a year and a half, she worked as a Bolshevik spy in the territories controlled by the White Army. Only in 1924 was she allowed to “retire” from active Communist Party work. Having always dreamed of being a professional writer and having worked at the Party magazine for women, Rabotnitsa/The Woman Worker, before the Revolution, Agadzhanova turned to cinema, as did her husband. Her first script, for Boris Chaikovskii’s Behind White Lines (1925), was most obviously based on her own experience with the underground revolutionary work before 1917. At the same time, it was written in response to the Party demands to “adventurize” the Revolution for the sake of the action genre-loving youth and was accused by some critics, in newspapers such as Pravda (1925, 8), Tikho-okeanskaia zvezda (1925, n.p.), and Krasnoe Chernomor’e (1927, n.p.), of being cliché-ridden, at times unrealistic, and not showing enough workers as underground revolutionaries. 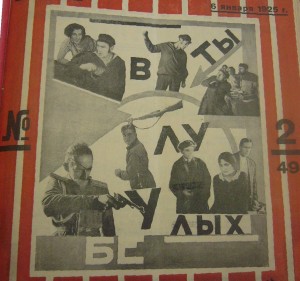 Since Kirill Shutko was included in the Party commission for the celebration of the First Russian Revolution of 1905, and since both he and Agadzhanova admired Sergei Eisenstein’s first film Strike (1924), they suggested him as the director of the projected anniversary film. Agadzhanova naturally was to write the script, or, rather, the synopsis of the multi-episode production, which was to cover the whole range of the events of the Revolution and was to be called The Year 1905. Eventually, Eisenstein significantly expanded only one episode from the initial synopsis, that of the battleship Potemkin mutiny in Odessa. Some parts of Agadzhanova’s initial script for The Year 1905 were also used for another anniversary film, The Red Presnia (1926), which had to be produced so fast, in only nine days, that four directors worked on it. It was still deemed unsuccessful even by the scriptwriter herself (Agadzhanova-Shutko 1927, 4). 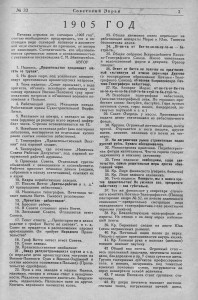 While Agadzhanova and Eisenstein were working on the script for Battleship Potemkin in the summer of 1925, Eisenstein and his assistant Grigorii Aleksandrov were also writing another script, a war-zone brother comedy called The Bazaar of Lust. It was planned that Valerii Inkizhinov would direct, while Agadzhanova was slated as a co-director and was supposed to polish the script. Inkizhinov was already extolling his crew in the papers as his true collaborators during pre-production, but the script did not pass the censoring committee, which, ironically, included Kirill Shutko, and that was the end of it (Vii 1925, 2).

Eisenstein later reminisced about this period, describing the Shutkos’ salon and its hostess:

Nina Ferdinandovna Agadzhanova—small, blue-eyed, bashful, and unbelievably modest…had the uncanny ability to collect around her small samovar a great number of hurt egos and lives abused by fate, and put them on the path of reason and a return to the calm of creativity…The most important thing that happened to us at [Agadzhanova’s] was that each one gained renewed confidence in himself by realizing that everyone was needed to do the work of the Revolution. Each one, moreover, was needed in his own, special, unique, clumsy, individual way (82-83).

Eisenstein and the Shutkos remained friends, although the relationship between them slightly soured after the protracted discussions over who was the official author of the script of Battleship Potemkin. After some legal battles, the right of both to be paid 1% from the film’s royalties was established (Khokhlova 1992, 140-146). Since only one episode from the Agadzhanova/Eisenstein libretto eventually remained in the film—and this episode was developed into the shooting script by Eisenstein—he was accepted as the main author, at least in the eyes of the film community. 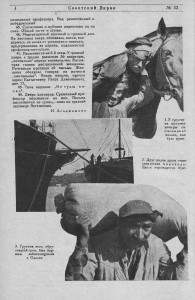 In 1926, Agadzhanova tried to explain her screenwriting credo in a lengthy “theoretical” article in Kino-front on reflexes in cinema: the viewers have to be “conquered” by the things on the screen (including people); their reflexes have to be “put to sleep” and overcome by the new reflexes-stimuli shown to them. Still, the old and the new reflexes have to have some points in common, because “demonstrating things that are little known or entirely unknown to an unprepared viewer are accompanied with great strain on his perception, which is why he exhibits feelings of ‘dissatisfaction,’ ‘mistrust,’ ‘coldness’, and ‘downright animosity’” (1926, 14). Another article was promised that would explain the theory further, using Battleship Potemkin and Chaplin’s A Woman of Paris (1923) as examples, but it never appeared [See Khrenov 1976, 165-68 on the relation of Agadzhanova’s ideas to other contemporary and subsequent theories of film perception. EDs.]. 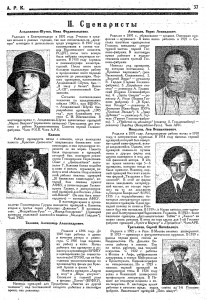 Still, by the fall of 1927, Agadzhanova was considered experienced enough to participate as one of the teachers in a correspondence course on scriptwriting for the Society of Friends of Soviet Cinema, a mass organization that never quite achieved the numbers desired by the Moscow proletarianists. Her last three scripts were all realized in the next five years at Mezhrabpomfilm, the USSR’s only remaining semi-private studio. Ivan Galai the Sailor (1929) answered to the immediate demands of propaganda directed at the forced collectivization of the Soviet village. Some critics, such as a writer going by the pseudonym “Ari” in Bakinskii rabochii, were severely disappointed:

The name of the screenwriter…made us wait for the film with heightened interest…Unfortunately, this time, although the choice of topic was quite fortuitous, its development in script form was not up to expected standards…With all the topic’s seriousness and depth, the film sounds like an unpolished and transparent agitation piece. Its plot is easy to predict…The artistic impotency leads to an overabundance of intertitles. The film’s authors are able to treat their material in political terms but cannot handle it artistically (1929, n.p.).

Although both the film’s technical primitivism and lack of emotional tension were blamed on the beginner director, the screenwriter’s ideological soundness began to be seen as no substitute for creative deficiencies.

Agadzhanova’s name appeared next in the credits of Two-Buldi-Two (1930), which was directed by Lev Kuleshov and combined a circus and a Civil War setting in a poignant story of a father-and-son clown duet divided by their political views. Agadzhanova possibly participated in fixing the script, officially credited to Osip Brik. The film was nevertheless decimated in the press as a formalist exercise, unfit for the harshening political climate (Alpers 1930, 5). In his memoirs, Kuleshov claimed that two versions of the film had been made. His version did not satisfy the audience and the critics but he refused to re-edit the film, and this was when Agadzhanova was brought in. According to Kuleshov, her version, although having introduced only minor revisions, satisfied the censors even less, and the original version was kept in theaters (98). The extant copy of the film lists them as co-directors. 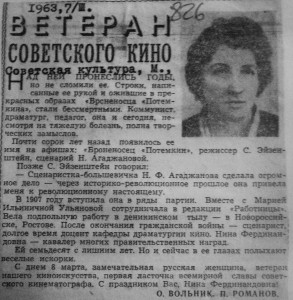 Agadzhanova’s last realized script was directed by another darling of the Soviet montage school, Vsevolod Pudovkin. Film historian Jay Leyda reported in his book Kino: A History of the Russian and Soviet Film: “Two young journalists, Lazebnikov and Krasnostavsky, had shown Mezhrabpom[film] and Pudovkin a carefully documented script on the life and struggles of Hamburg’s dock-workers—S.S. Pyatiletka, to be made both in Russian and German versions. When Pudovkin returned from Hamburg, and went to work on his new subject, he asked Nina Agadzhanova-Shutko to strengthen the script” (295). Soon afterwards Agadzhanova was again reclaimed by the Party and sent to the Soviet consulate in Riga, Latvia. Some time before leaving Moscow she divorced Kirill Shutko and this was perhaps the reason the Great Terror did not claim her as one of its victims after Shutko was arrested in 1938 on charges of counter-revolutionary activities and was shot in 1941. His name became unmentionable in public and in print for the next several decades. Conveniently, by then Agadzhanova had already lost the second part of her last name.

After 1938 she returned to cinema, but worked primarily as a script consultant, script editor, and the head of the screenwriting department at Soiuzdetfilm, which was formed on the basis of Mezhrabpomfilm in 1936. Little is known of her later works. In 1945, during the period of biopics of pre-revolutionary creative artists and military commanders, she claimed to be working on a script based on the life of 19th century pianist Anton Rubinshtein, according to personal files held at the Archive of the State Russian Institute of Cinematography. Her personal collection, kept at the State Archive of the Russian Federation, consists almost entirely of documents dating from early 1940s to the late 1960s, and retains only a very fragmentary draft of the Rubinshtein script. There are, however, several versions of another 1940s script, Viktuar/Victoire, which was not produced either.

Between 1945 and 1952 Agadzhanova taught screenwriting at the All-Union State Institute of Cinematography (VGIK), but had to leave due to her declining health. She spent the last decades of her life bedridden, occasionally receiving biographers and journalists and, in the realm of film studies, becoming known almost exclusively as author of the script Battleship Potemkin. This was an honor that had been denied to her during Eisenstein’s life (Cherniavskaia 1969, n.p.; Kirillova 1970, n.p.).

2. Nina Agadzhanova-Shutko as Screenwriter and Co-Editor