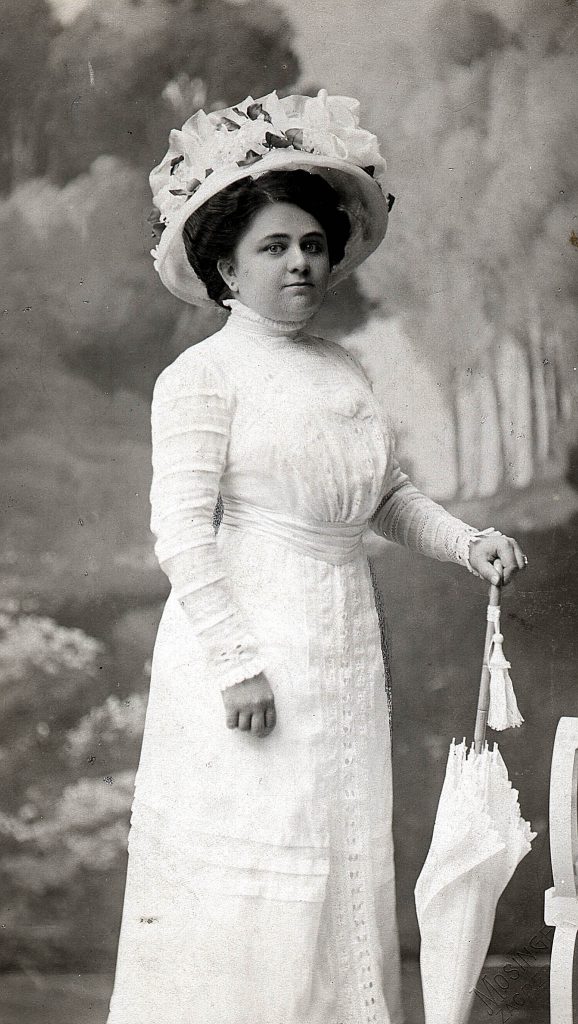 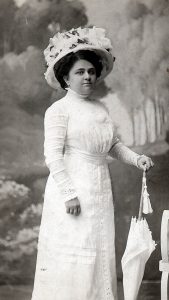 Marija Jurić Zagorka was one of the most important feminist figures in the history of Croatia and the Kingdom of Yugoslavia. Marija Jurić, who later added the pen name Zagorka, was born to a well-to-do Croatian family in 1873. During this historical period, women were not provided with the same educational opportunities as men. Despite this, Zagorka received a solid private education due to her family’s upper class status. In 1891, as a reaction to her expressing desire to become an actress, Zagorka’s parents arranged for her to marry a Hungarian man whom she did not know. After three years of marriage, which, according to Dragutin Prohaska, Zagorka likened to being “subjected to a moral inquisition” (qtd. in Jakobović Fribec 2006, 196), she fled from her husband, eventually settling in Zagreb. In Croatia’s capital, she started her pioneering journalistic career, becoming the first female journalist in the country and in the region of South East Europe more broadly. Her first journalistic piece was published in 1896 in Obzor, at the time the most esteemed Croatian daily. She was a political journalist, but was often not allowed to publish under her real name. Obzor’s editor-in-chief famously referred to her as “a crone with no name or reputation, a cowgirl from Zagorje and, what’s more, infected with a socialist mentality and feminist notions” (Lasić 1986, 69). Moreover, she was made to work in a separate room behind a curtain out of fear that a woman’s presence would scandalize the visitors of the newspaper’s offices. 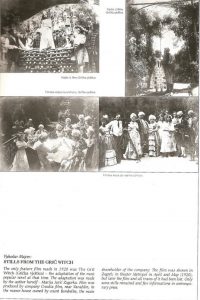 Stills from The Grič Witch (1920). Courtesy of the Croatian State Archives.

Zagorka exhibited “a deep sense of social justice and a ‘revolutionary nature’ at an early age” (Jakobović Fribec 195), and such tendencies only grew more prominent in her adult years. She was an outspoken feminist, mobilizing the working women’s political activity and leading the first women’s protest in Zagreb in 1903. She was also the founder of Ženski list/Women’s Paper, Croatia’s first women’s magazine, in 1925. After she left Ženski list, she started another feminist magazine, Hrvatica/Croatian Woman, in 1938. During World War II, under the rule of Croatia’s collaborationist Nazi state (NDH), her assets were confiscated and she was banned from publishing. After the war, she continued her feminist activism, which often earned her ridicule from male colleagues. She died in Zagreb in 1957, and her apartment is today a museum. Subsequent feminist scholarship has largely embraced Zagorka’s populist legacy (Kolanović 2008), with Lydia Sklevicky dubbing her “the tiny Amazonian of Croatian feminism” (1996, 245). 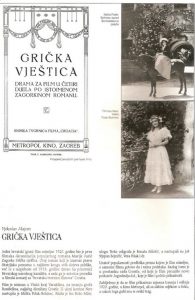 Stills from The Grič Witch (1920). Courtesy of the Croatian State Archives.

Zagorka is best known for her literary work, which remains extremely popular to this day. Her numerous novels, which came out in installments, frequently centered on strong and independent female protagonists who overcame improbable odds and fought off various patriarchal and moralistic social pressures. What is more, her literary plot twists often featured cross-dressing and other forms of playing with traditional gender roles. Critics dismissed her literary work as trivial (Kragić 2005, n.p.) while readers, and particularly women, embraced it on a mass scale. Moreover, Zagorka’s literary work exhibited solidarity with working class women in particular. Some of her most famous works include the series Grička vještica/The Grič Witch, which started coming out in 1912, Kći Lotrščaka/The Daugher of Lotrščak (1921), and her longest series, Gordana (1934). In another first, she was also the author of Croatia’s first sci-fi novel, Crveni Ocean/The Red Ocean in 1918.

Zagorka’s multifaceted professional activities made her a factor in the very emergence of Croatia’s film production. Namely, she was credited as a screenwriter on arguably the two most significant Croatian motion picture films made before 1945: Matija Gubec (1917), based on August Šenoa’s novel Seljačka buna/Peasants’ Uprising, and directed by Aleksandar “Aca” Binički, and The Grič Witch (1920), based on her own novel, and believed to be directed by Hinko Nučić (Šakić 2014, 303). However, neither film has been preserved, and this makes it particularly challenging to properly historicize Zagorka’s role as a regional film pioneer. What documentation remains about these film consists of written accounts by participants, critics, and film historians, as well as occasional film posters and stills that have been preserved at the Croatian State Archives. Due to the fact that neither film is extant, in writing about them one has to engage in some circumstantial speculation exhibited below.

Both films’ literary sources were first staged as theatrical plays in Croatia’s Hrvatsko narodno kazalište/Croatian National Theatre (HNK), and Zagorka initially adapted both works for the theater. Because of this, it could easily be assumed that her screenplays grew organically out of these theatrical adaptations. This assumption is further strengthened by the fact that Croatia Film, which produced both films, was founded in 1917 by two HNK workers, Hamilkar Bošković and Julio Bergmann, and that HNK’s directors and actors participated in the film versions of both Matija Gubec and The Grič Witch. 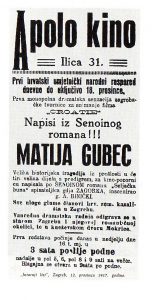 In addressing her pioneering participation in cinema, film historian Ivo Škrabalo notes that it fully aligned with Zagorka’s general efforts to de-stigmatize popular culture made in the local language, as opposed to the elitist and imperialist privileging of “high culture” in German or Hungarian. This is precisely why, he argues, she embraced participating in Matija Gubec, a film about “domestic forces and domestic themes” (33). The literary source is a historical novel that describes the 1573 uprising of local peasants against unfair exploitation and terror they endured by the hand of aristocracy. The film’s titular character, Matija Gubec, was the leader of the uprising. While some written accounts suggest that Zagorka was not entirely happy with the director’s final achievement, the film was nevertheless lauded as a significant historical spectacle about important events in local history (Škrabalo 1984). It also marked one of the most ambitious projects of the nascent Croatian film industry to date. 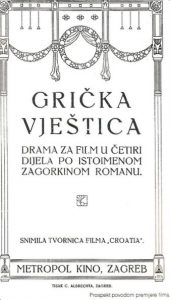 Poster, The Grič Witch (1920). Courtesy of the Croatian State Archives.

Even though The Grič Witch has been lost and there is almost no information about the film aside from a few stills that survive, Zagorka’s overall legacy suggests that the film version of her work most likely retained the feminist overtones of its literary source, particularly because the source material was adapted to the screen by its original author. The original story of The Grič Witch centers on the young and outspoken Countess Nera, played in the film by actress Melita Bohinec, whose independent spirit scandalizes the powers that be so much so that she is eventually accused of being a witch and almost burned at the stake. Eventually, Nera triumphs over the narrow-minded moralism of the time without compromising her convictions. 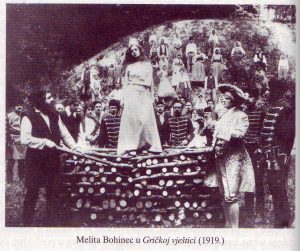 Actress Melita Bohinec in The Grič Witch (1920). Courtesy of the Croatian State Archives.

Since little else is known about the film, some accounts dispute that it was ever actually made, after initial plans and announcements to do so. This is indicative of the challenges faced by the history of women’s participation in early cinema more generally, which often has to account for “ghost stories” as a way to compensate for a lack of existing evidence. With the loss of the two films for which Marija Jurić Zagorka served as a screenwriter, an important part of regional feminist film history has been lost as well. This makes it all the more important to reconstruct said history in writing, however partially, from the fragments that remain.

The author wishes to thank Tomislav Šakić and Maša Kolanović for their help and input.