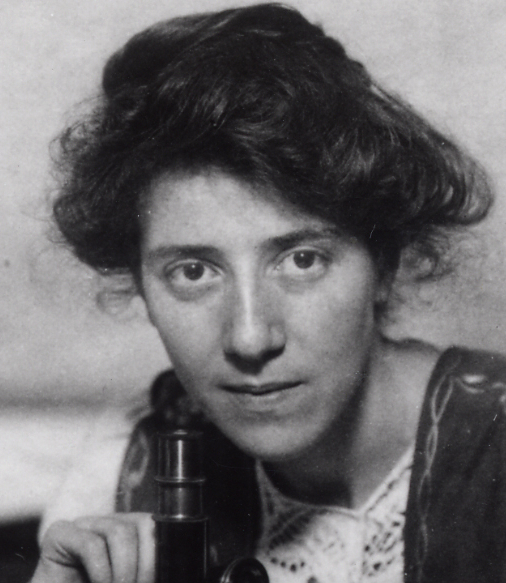 Marie Stopes, scientist, birth control activist, and author, was born in Scotland and moved to London in her teens. Her father was an architect and her mother a Shakespeare scholar and campaigner for women’s education. Prodigiously bright, Stopes had earned two doctoral degrees by the age of twenty-five and enjoyed early academic success in paleobotany (the study of fossil plants). Her first marriage, in 1911, was not a success and after five years she secured an annulment on grounds of non-consummation. In the meantime, she had embarked on research in sexology, work which included observation of her own sexual feelings, and had met and exchanged ideas with US birth control campaigner Margaret Sanger. In 1918, her book Married Love, subtitled A New Contribution to the Solution of Sex Difficulties, was published and she married her second husband, Humphrey Roe, retaining her maiden name. The same year also saw the publication of Wise Parenthood, which dealt explicitly with contraception. These books sold in hundreds of thousands and went into numerous editions; by 1921, when she opened her first birth control clinic, Stopes had become a household name. Unheard of in its time, her unique selling point was the idea that women’s happiness and sexual fulfillment in marriage rested upon their ability to control their own fertility. 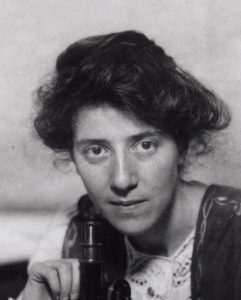 During the late 1910s, Stopes cultivated an interest in cinema, which she considered “the greatest social influence since the discovery of printing” (qtd. in Stead 2011, 78), serving on the 1917 Cinema Commission of Inquiry as a representative of the Incorporated Society of Authors, Playwrights and Composers. The Commission’s remit was to inquire into “the physical, social, educational, and moral influences of the cinema, with special reference to young people” and the “present position and future development of the cinematograph, with special reference to its social and educational value” (National Council of Public Morals 1917, ix). Stopes’s view was that the huge appeal of cinema to ordinary people had hitherto been exploited solely for commercial gain and that opportunities to harness it for purposes of art and education had been disregarded. Several years later, according to an undated typescript of a speech held in the Marie Stopes Collection at the Wellcome Library, she decided to “give myself a little holiday from my other and more serious preoccupations” and step into the breach (n.p.).

The outcome was a fiction film called Married Love (1923). It tells the story of waitress Maisie Burrows, the eldest of ten children, who falls in love with Dick Reading, a fireman. Terrified of becoming like her constantly pregnant, worn-out mother, Maisie refuses Dick’s proposal of marriage and sends him away. Turned out of home after a family row, Maisie attempts suicide, but is rescued and taken in by a comfortably-off two-child family. Here she learns that married love may be enjoyed without the burden of unwanted pregnancies. Maisie and Dick are reunited and wed. According to an April 1923 memo held in the British Library, Stopes’s agreement with the film production company gave her the right to be consulted about “details, atmosphere, etc.,” approval of the whole scenario and final film, the right to veto scenes she might object to, and permission to use her name as joint author. As a result, the credit onscreen and in the pressbook reads: “A story specially written for the screen by Dr. Marie Stopes, D.Sc., PhD in collaboration with Captain Walter Summers” (n.p.). 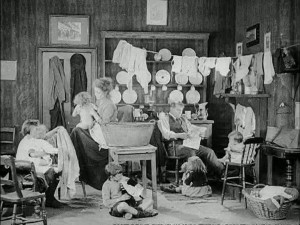 The title’s promise notwithstanding, the film offered no advice, graphic or otherwise, on “sex difficulties,” but was, as a May 1923 review in The Bioscope noted, a “straightforward human story of sentimental rather than sexual appeal” (61). It was trade shown in London in May 1923 and scheduled for release the following month. As a social problem melodrama, Married Love is a fairly unexceptional piece of cinema. However, before it found its way onto Britain’s cinema screens, it encountered formidable opposition from the British Board of Film Censors (BBFC), and behind the scenes also from their government minders in the Home Office. Although birth control was a subject of considerable public interest and controversy at the time, the BBFC regarded it as a wholly inappropriate topic for cinema. The censors, in a note to Napoleon Films on May 17, 1923, took exception to Stopes’s film on the grounds that certain scenes and intertitles made the film unsuitable for “ordinary” audiences and that the film’s title and the implied connection with Marie Stopes “suggests propaganda on a subject unsuitable for discussion in a Cinema Theatre” (n.p.).

Poster for Maisie’s Marriage (1923). Courtesy of the The National Archives, Kew.

Release was held up for several weeks while the censors were deciding how to proceed, and eventually a list of cuts and changes was put to the producers. Since there was nothing objectionable in the film itself, the changes—with the crucial exceptions of a title alteration, to Maisie’s Marriage, and a stipulation that no reference to Stopes or to the book Married Love could be made in the publicity for the film—were minor. But even these conditions were widely flouted once the film was released. Stopes attributed the Married Love affair to Catholic intrigue in the Home Office, but in the end the publicity and the notoriety did little damage to the film, and Stopes did not entirely give up on filmmaking. In 1923 her birth control-themed play, “Our Ostriches,” enjoyed a successful run at the Royal Court Theatre in London; a few years later a plan to make a sound film version was mooted. In 1930 a scenario was submitted to the BBFC for approval; but the Board’s position had not changed. According to a letter to Stopes dated July 16, 1930, the BBFC did not feel that “a film on this subject, dealing as it does with Birth Control, is a suitable one for general exhibition in cinemas throughout the country” (n.p.).

While feminists have criticized Stopes’s view that female sexual liberation is grounded in marriage there is no doubt that her energetic promotion of contraception brought hope to countless women. But her ventures into filmmaking, undertaken in the spirit of public service and education, were frustrated by Establishment attitudes towards cinema and its audience, and her messages about birth control and women’s sexual fulfillment could not be effectively communicated through film. Consequently it is not unreasonable to suggest that in Married Love/Maisie’s Marriage, the “oblique message about birth control and its corollary, sexual happiness, relied on a prior, somewhat classed, knowledge of Stopes’s work and of popular sexual discourses” (Chow 1999, 69-70). Even so, Marie Stopes broke new ground in recognizing cinema’s potential to reach audiences—working-class women above all—that her books could not. As such, she is unquestionably entitled to a place in the female film culture of the silent era.

National Council of Public Morals, Commission of Inquiry on Cinema. The Cinema: Its Present Position and Future Possibilities. London: Williams and Norgate, 1917.