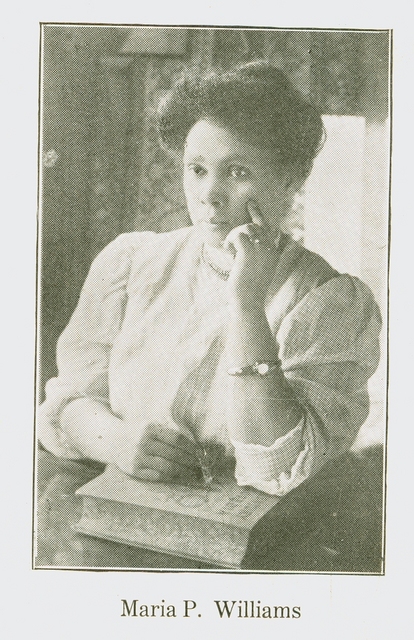 Maria P. Williams, who, like Tressie Souders, also lived in Kansas City, Missouri, produced, distributed, and acted in her own film, The Flames of Wrath (1923). The Norfolk Journal and Guide, as quoted by Yvonne Welbon, thus lauded her: “Kansas City is claiming the honor of having the first colored woman film producer in the United States…” (40). Recall that Kansas City had made the same claim for Souders the year before. There is also, however, the question of the difference between “director” and “producer,” which makes an important distinction between the two since Souders is credited with directing, producing, and writing, and Williams with producing and writing, but not directing. “Producing,” it should be noted, is often used ambiguously in the silent era. The Flames of Wrath, for instance, is described on the first page of the Norfolk Journal and Guide as a mystery drama in five reels, “written, acted and produced entirely by colored people” (Welbon, 40). 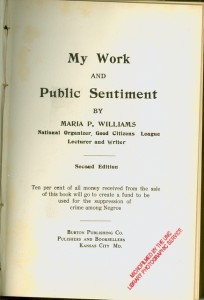 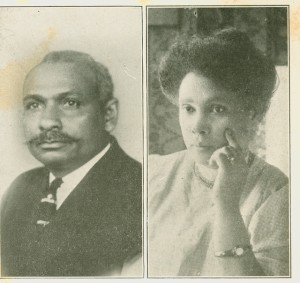 Williams’ career up until this point revolved around social activism and leadership as evident in a short book she authored, My Work and Public Sentiment, published in 1916, which credits her on the cover as “National Organizer, Good Citizens League, Lecturer and Writer.” This is confirmed by the 1922 City Directory of Kansas City which lists her as “lecturer.” Motion pictures, however, appear to have been the family business, and Maria P. Willliams should be linked with other African American women film producers who worked with their husbands such Mrs. M. Webb and Oscar Micheaux’s wife, Alice B. Russell, but with a significant difference. We learn from the Chicago Defender in 1923 that Jesse L. Williams, Maria’s husband, operated a motion picture theater as the general manager while Maria served as the assistant manager. In addition, her husband was president of The Western Film Producing Company and Booking Exchange for which she was secretary and treasurer. This explains more specifically her role as the distributor of The Flames of Wrath (6).

With additional research by Aimee Dixon.