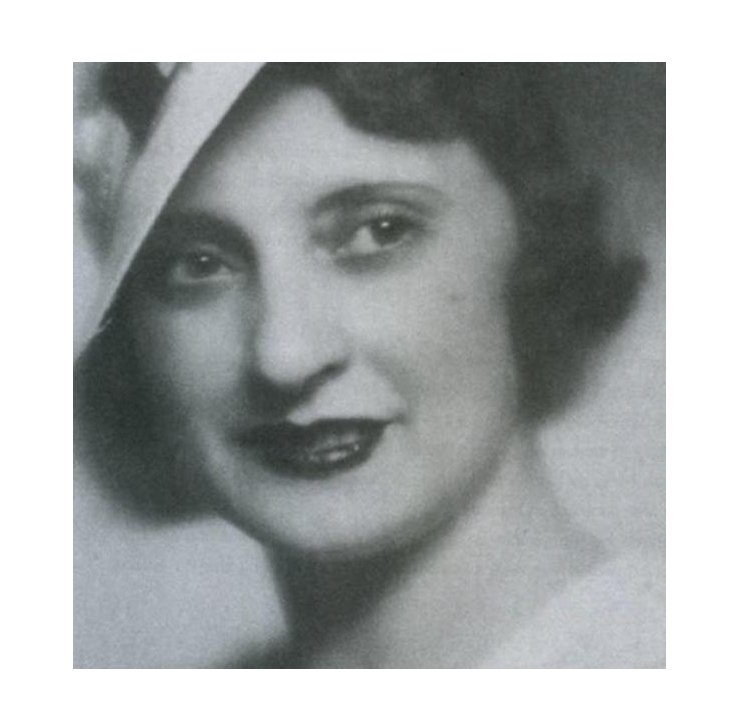 María Luz Morales—officially known as María Luz Morales Godoy, but, following Spanish tradition, only went by her first surname—is not an unknown name in the history of culture and journalism in Spain. However, her name is only known within the narrow limits reserved for the acknowledgment of a woman within the Spanish context of her time. Her recognition is due, mainly, to her career as a journalist. In 1936, she was the first female director of the Spanish newspaper La Vanguardia and also worked as an editor, translator, and adaptor of literature for children, adapting many classics for the series Las Obras Maestras al Alcance de los Niños for the publishing company Araluce in the early 20th century. Furthermore, her work as a promotor of women’s education—in relation to the Residencia Internacional de Señoritas Estudiantes/International Residency for Female Students, which was created in 1931 and which she directed—is just starting to be acknowledged. Thus, her cinematographic career is eclipsed as a result of all her other activities, together with the fact that most of her journalistic texts on cinema were written under a masculine pseudonym: Felipe Centeno.

Morales’ work in the Spanish film industry was atypical. On the one hand, her work revolved around her film criticism and on the transmission of the history of cinema. On the other hand, it was also focused on education and the diffusion of cinematographic culture, and, as far as we know, she only collaborated directly with the production of a single film, Sierra de Teruel (1939). Until very recently, Morales’ cinematographic labor has remained unresearched and, although now there are some studies about her persona, these always focus more on her work as journalist or editor. Therefore, there is an evident lack of interest about Morales in the field of the history of Spanish cinema. 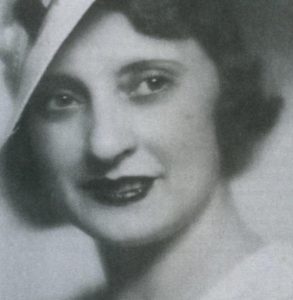 Morales’ biography is not easy to reconstruct. Although she leaves many footprints because of the visibility of her name and her work, these footprints are always widely dispersed, unconnected, and heterogeneous. In other words, the difficulty in reconstructing her biography does not come from a lack of information about her, but from giving that information an appropriate and coherent narration.

Although born in Galicia, Morales developed ties to the city of Barcelona throughout her entire professional life. In the Catalan city, during the early 1920s, she directed the publication El Hogar y la Moda/Home and Fashion. Then, at the young age of twenty-two, the newspaper La Vanguardia hired her as a film critic. In the pages of La Vanguardia, Morales wrote about cinema from 1923 until 1932 under the masculine pseudonym Felipe Centeno. It is unclear if the masculine pseudonym was an imposition of the newspaper or a personal choice. In any case, what she did seem to recognize, as María Pilar Comín remarked in La Vanguardia in 1972, was that this choice was not related to being a woman but that it came from an attempt to create a review section independent of the control of producers and distributors (41). Therefore, to be anonymous was fundamental. Although Morales did choose the specific name, which is a character from the 1883 Spanish novel El Doctor Centeno, we do not know why anonymity had to come under a man’s name. Working as a film critic shaped her interest in cinema and her active role in the industry, and she participated in initiatives such as the I Congreso de Cine Iberoamericano/First Congress of Ibero-American Cinema, celebrated in Madrid in 1929.

Paramount then hired her to adapt and translate their productions into Spanish, as well as write their news bulletins in trade journals like Revista Paramount and then in Paramount Grá-fico. In the meantime, Morales continued writing for the press, not exclusively in La Vanguardia, about cinema and also about theater and fashion. She also translated, adapted, and edited a large quantity of works that do not have any relation to cinema.

Film criticism, promotion, and other writings in relation to cinema are the three aspects most notable of Morales’ film career during the silent era. These three aspects, specifically film criticism, were developed by herself, with an incredible continuity and independence during a period in which cinema was still being institutionalized in Spain. Through Felipe Centeno’s name, Morales was an important agent in this institutionalization. Thus, the importance of her work must be underlined, especially considering the lack of interest in international cinema of the Spanish culture of that time. 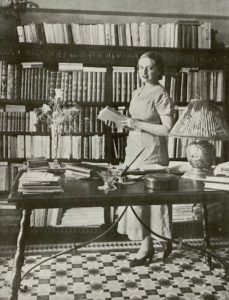 With the start of the Spanish Civil War in 1936, La Vanguardia, where Morales was then an editor, was seized by the workers, who decided to name Morales the director. This was one of the main causes, although not the only one, of Morales’ arrest after the Fascist victory in 1939. It was also during the Civil War when she collaborated for the first and only time with the production of a film. It is important to note how her participation in Sierra de Teruel was more a political act than a professional one as this was not just any film in any political context. Quite the opposite: Sierra de Teruel, directed by French writer André Malraux, was made between 1938 and 1940, in the midst of the Spanish Civil War. The government of the Spanish Republic financed the film in order to use it as international propaganda. Although Morales does not appear in any of the credits on the existing copies of the film, the different information about the production seem to indicate that she was the assistant to Max Aub—who adapted the script to Spanish—and assistant to the director (Farreras i Valenti 1995, 15). In photographs of the production, held in the Max Aub Collection at the Filmoteca de la Generalitat de Valencia, Morales appears together with the crew in Barcelona.

After the Civil War, Morales stayed in Barcelona until her death, dedicating herself to theatrical criticism. However, during that period, she wrote a history of cinema in three volumes, titled El Cine: historia ilustrada del séptimo arte, published in 1950. It is a general history of cinema, essentially expository, but one of the only ones written in Spanish and by a Spanish author. Although this work lacks any mention of the academic or essayist tradition dedicated in Spain to the historiography of cinema, it is important to mention because of how it treats the silent period, and specifically, Spanish silent cinema; a study distanced from the regular tone of personal anecdote or pure cinephilia.

Morales constitutes an extremely modern case of a woman’s dedication to cinema in a country like Spain. As a journalist, film critic, and cinema historian, she was a pioneering figure who demands more research and study. She established a body of work that intellectually focused on film, from her writings and evolving from her criticism to historical overviews in a period and in a country where this was not only (and still is) unusual, but that was ahead of its time.