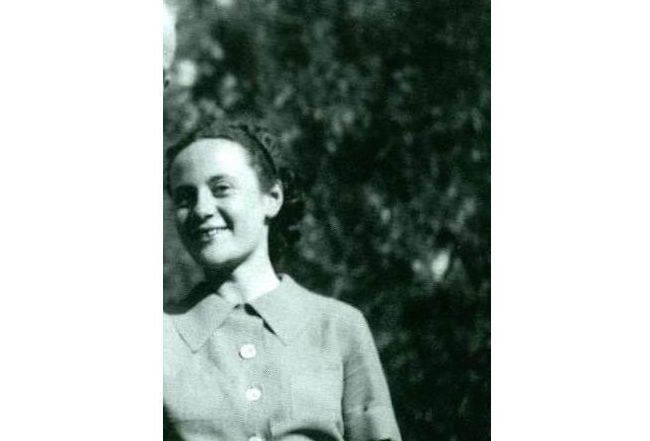 Best known as Jean Renoir’s film editor and life partner during the 1930s, the career of Marguerite Renoir (née Houllé) before (and after) their collaboration has been largely overlooked, partly due to the scarcity of extant archival materials. Marguerite’s career began at the Pathé Studios of Joinville-le-Pont, where she worked as an apprentice-colorist starting around 1921 (Bertin 1991, 70). Although the Pathé Archives hold no records of Renoir’s early film career, her personal testimony in the professional journal Le Technicien du Film indicates that she became an editor that same year (“L’Actualité” 1960, 4-5). She met famed director Jean Renoir in 1927, while she was working as the editor of Alberto Cavalcanti’s La P’tite Lili (1929), which featured Jean in an uncredited performance and his first wife, Catherine Hessling, in the starring role. Marguerite and Jean’s first collaboration occurred in 1929, when Marguerite edited Jean’s seventh and last silent feature, Le Bled, and the two became romantically involved. Although they never married, Marguerite used Renoir as her name and retained it throughout her career. She is sometimes referred to as Marguerite Houllé-Renoir or Marguerite Mathieu, Mathieu being the name of her husband, the singer Adolphe Mathieu, whom she shot in self-defense in 1948 (“Bagarre sur le palier” 1948, n.p.). After one month in prison, Marguerite was released and continued working as an editor for many celebrated filmmakers (e.g., Jacques Becker, Luis Buñuel, and Jean-Pierre Mocky) until the early 1970s. 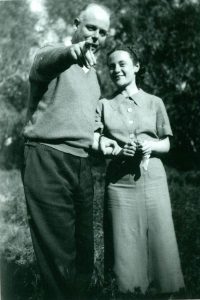 Much of what we know about Marguerite’s work comes from accounts written by and about Jean and other filmmakers, some of whom are mentioned above. Jean has acknowledged Marguerite’s independence as the editor of his films, especially Toni (1935), Une Partie de campagne/A Day in the Country (1936), where she also played the part of the waitress, and La Règle du jeu/The Rules of the Game (1939). For example, in a correspondence between Jean, Marguerite, and their producer Pierre Gaut, preserved at the Bibliothèque du Film of the Cinémathèque française, Jean confirms Marguerite’s total control over the editing of Toni. “You had mentioned Suzanne [de Troeye, Renoir’s assistant editor] in your previous letter,” Jean wrote to Gaut, “and I would like to reassure you. First of all, Marguerite oversees all the editing, nothing is done without her. Suzanne has the role of a ‘factory editor.’ If we were editing in a Parisian factory, we would have several women provided by the factory and they would all be at Marguerite’s disposition […].” For Une Partie de campagne, Jean again expressed his complete trust in Marguerite when he explained that he had to “abandon the film to start the production of Les Bas Fonds [The Lower Depths, 1936].” “I left the film with Marguerite, my editor and partner,” he continued. “Then, the war started and I left for America. Marguerite did the editing all by herself (…)” (Renoir 2005, 117). As Marguerite herself stated in the aforementioned interview with Le Technicien du Film, the editor has the most “intense” relationship with the film, sometimes working on it for four or five months at a time (“L’Actualité” 5).

In the two silent films we know Marguerite edited, La P’tite Lili and Le Bled, her methods remain unknown. Even though Célia Bertin’s biography of Jean advances that “Jean Renoir had taught her [Marguerite Renoir] to edit” (70), she most likely started working as an editor on a number of films (perhaps for Pathé and/or other studios) before she met Renoir during the production of La P’tite Lili in 1927. La P’tite Lili was based on a 1912 song by Eugène Gavel about a sixteen-year old seamstress with beautiful blonde hair and blue eyes who becomes a prostitute and is stabbed to death by her pimp at the end. With music composed especially for the film by Darius Milhaud, the film also includes excerpts of the song’s lyrics as sheet music inserts. Through trick photography and editing, the film effectively portrays Lili (or Lillie in the version available online), played by Hessling, as an angel among the living.

Le Bled, which was produced for the centennial of the French conquest of Algeria in 1830, was shot on location in the towns of Ferruch, Biskra, Boufarik, and Staouéli (Bertin 356). The most remarkable sequences include the opening with its views of Algeria’s modernization in a Soviet-inspired style, the conversation about the history of the conquest between the farmer Christian Hoffer (Alexandre Arquillère) and his nephew Pierre (Enrique Rivero), the gazelle hunt, and the final chase through the desert using cars, horses, dromedaries, and falcons. Perhaps because of its colonialist discourse about the cultural, industrial, and agricultural progress brought by the French, Le Bled is rarely discussed among the scholars interested in Jean Renoir. Together with La P’tite Lili, however, Le Bled remains a rare example of Marguerite’s silent film work. Considering these titles in conversation with her later films directed by Renoir, Becker, and others may shed new light on these directors’ work and complicate the primacy of directorial authorship. Although few traces of Marguerite’s work as one of the most prominent editors of her time are still extant, her contributions to filmmaking should be investigated further.

With additional research by Aurore Spiers.