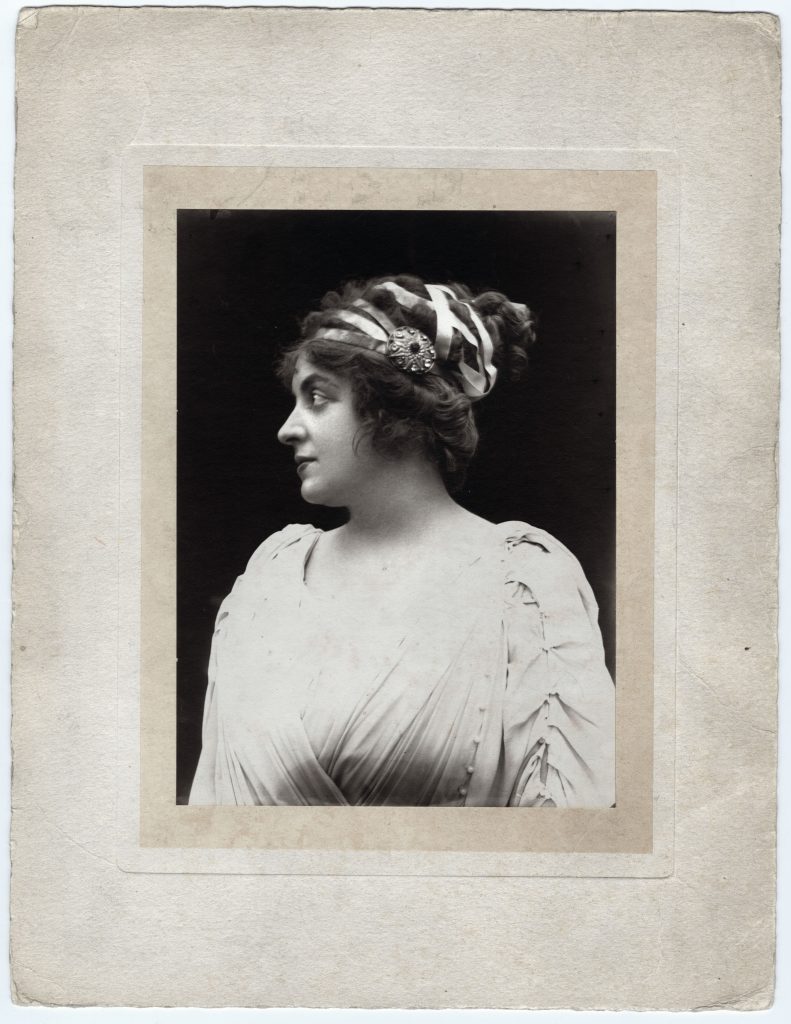 Georgette Méliès may be considered to be one of the first film pioneers, since she started acting in her father’s films in 1896 and also became a projectionist and a camera operator, or opératrice de prise de vues, very early. Georgette Eugénie Jeanne Méliès was born on March 22, 1888 in Paris. Her father, Georges Méliès, had married Eugénie Génin three years before in June 1885 and Georgette was their first child. Thirteen years later, her brother, André, was born. 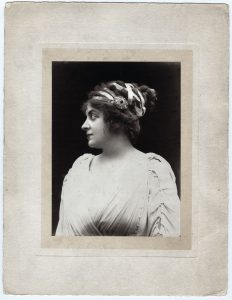 Only three years after Georgette’s birth, her father bought the Théâtre Robert-Houdin, which he attended quite frequently. This famous theater of magic on the boulevard des Italiens in Paris was then going through difficult times. Méliès renovated it and created the first grand illusions that brought him fame. On December 27, 1895, the day before the first public screening of the Cinématographe, Antoine Lumière invited a few theater owners to discover the first animated images projected by the machine invented by his two sons. Méliès was among the guests and he was immediately charmed by the extraordinary magic lantern, whose possibilities appealed to him right away. 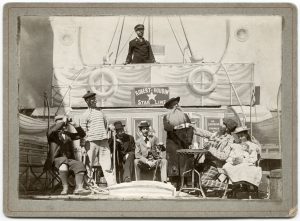 In May 1896, when Méliès made his first film, Une partie de cartes, in the yard of his family’s estate in Montreuil-sous-Bois, Georgette, who was then eight years old, made her first appearance in this one-minute scene that was already carefully staged. One year later, she acted in another film, Entre Calais et Douvres (1897). In fact, these are the two films in which she can be seen among the 213 extant titles out of the 520 made by her father between 1896 and 1913. However, it is quite certain that she acted in at least two other films made on the coast of Normandy during the yearly closure of the Théâtre Robert-Houdin in the second half of July 1896: Un petit diable and Bébé et Fillettes (Noverre 1929, 76; G. Méliès 1961, 190; G. Méliès 2012, 68). Unfortunately, too little information remains to be able to say more concerning her career as a child. Around 1900, Méliès made around twenty short films advertising combs, mustard, whiskey, beer, liquor, shoeshine, baby bottles, insecticide, corsets, hair lotion, hats, and chocolate, and according to his recollections in the 1930s, Georgette was then in charge of projecting these on the opaque window looking out on the boulevard des Italiens at the entresol of the Théâtre Robert-Houdin (Noverre 76; G. Méliès 1961, 190; G. Méliès 2012, 67-68; A. Méliès 1991, 41).

After the duping of Voyage dans la Lune (1902) in the United States in the fall of 1902, Méliès sent his brother Gaston to New York to open a new branch in March 1903. At the end of 1902, however, Georges started to shoot with two negative films and two cameras simultaneously, which were then put together mechanically and activated by one operator. The first two cameras required two operators, one of whom was Georgette Méliès, who first worked with Lucien Tainguy, followed by Lucien Bardou after Tainguy left for the United States. Of the two negative prints, one was subsequently sent to the American market, while the other was used to print copies for Europe. This system allowed the company to pay less custom taxes when entering the United States, since the positive prints were produced in New York, while also enabling them to deposit each new film at the Library of Congress in Washington and thus protect Méliès’s rights (Noverre 71-72; G. Méliès 1961, 177, 210; G. Méliès 2012, 40, 96; A. Méliès 1990, 20-21). 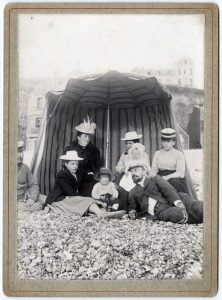 At the beach in Mers-les-Bains in 1905. First row, from left to right: Georgette Méliès, her brother André, and Georges Méliès. 1905. Courtesy of the Cinémathèque Française.

Nevertheless, this period still remains quite obscure. Théophile Michault, who was operating the unique camera in Montreuil, continued to do so even when the films were shot simultaneously with two cameras. Lucien Tainguy then replaced him in 1904. However, the remaining documents do not mention Georgette Méliès as a camera operator before Tainguy (Noverre 76; G. Méliès 1961, 190; G. Méliès 2012, 68). In other words, it remains unclear who was working alongside Michault and operating the second camera between the end of 1902 and 1904, when the two cameras were replaced by the double camera, which only required one operator. Furthermore, it is difficult to determine whether Georgette worked in the second studio built in the winter of 1908, after the first studio was created in the spring of 1897 at the estate in Montreuil. Just as it is hazardous to enumerate the exact number of titles in which she acted, it is impossible to give a more accurate estimation of the number of films for which she operated the camera. 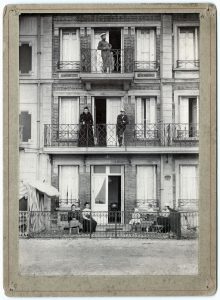 Façade of the villa rented by Méliès family in Mers-les-Bains circa 1900. 1st floor on the left: Georgette Méliès. On the balcony, 2nd floor: Georges Méliès. Courtesy of the Cinémathèque Française.

Eventually, her brother recalls that Georgette operated one of the two Pathé cameras, most likely when Méliès shot the last six films financed by Pathé in 1911-1913: Les Hallucinations du baron de Münchausen (1911), Le Vitrail diabolique (1911), À la conquête du Pôle (1911-12), Cendrillon ou la Pantoufle merveilleuse (1912), Le Chevalier des Neiges (1912), and Le Voyage de la famille Bourrichon (1912-13) (A. Méliès 1990, 21). Upon the death of her mother, Eugénie Génin, who had conducted many of her husband’s affairs, in 1913, Georgette took over the management of the Théâtre Robert-Houdin. Before the Great War, Méliès transformed his second studio into a local cinema-theater and then, in October 1917, after a few additions, the “Salle Méliès” became the théâtre des Variétés artistiques. Until the beginning of the 1920s, the Méliès family organized operettas, comic operas, dramas, and comedies there. Georgette then displayed her skills as a manager, piano player, and especially as a soprano singer, while she also organized shows at the military hospital “number six” where she volunteered as a nurse. For her extreme devotion, she received six distinctions, such as the medal for Reconnaissance nationale. After the estate in Montreuil and the théâtre des Variétés artistiques were sold in 1922, Georgette pursued her career as an artist with her husband, Amand Fontaine, also known as Pierre Armand Fix, who was a baritone singer. During their tour in Algeria, Georgette became ill and upon her return to France, she died at the hospital of Coubevoie on August 29, 1930, at the age of forty-two. Her daughter, Madeleine, was then seven years old.

Georgette Méliès is also credited as Mademoiselle Méliès and Madame Méliès-Fix (after she married Amand Fontaine in February 1922) in the programs and posters of the théâtre des Variétés artistiques preserved in the Fonds Méliès of the Centre national du cinéma et de l'image animée.